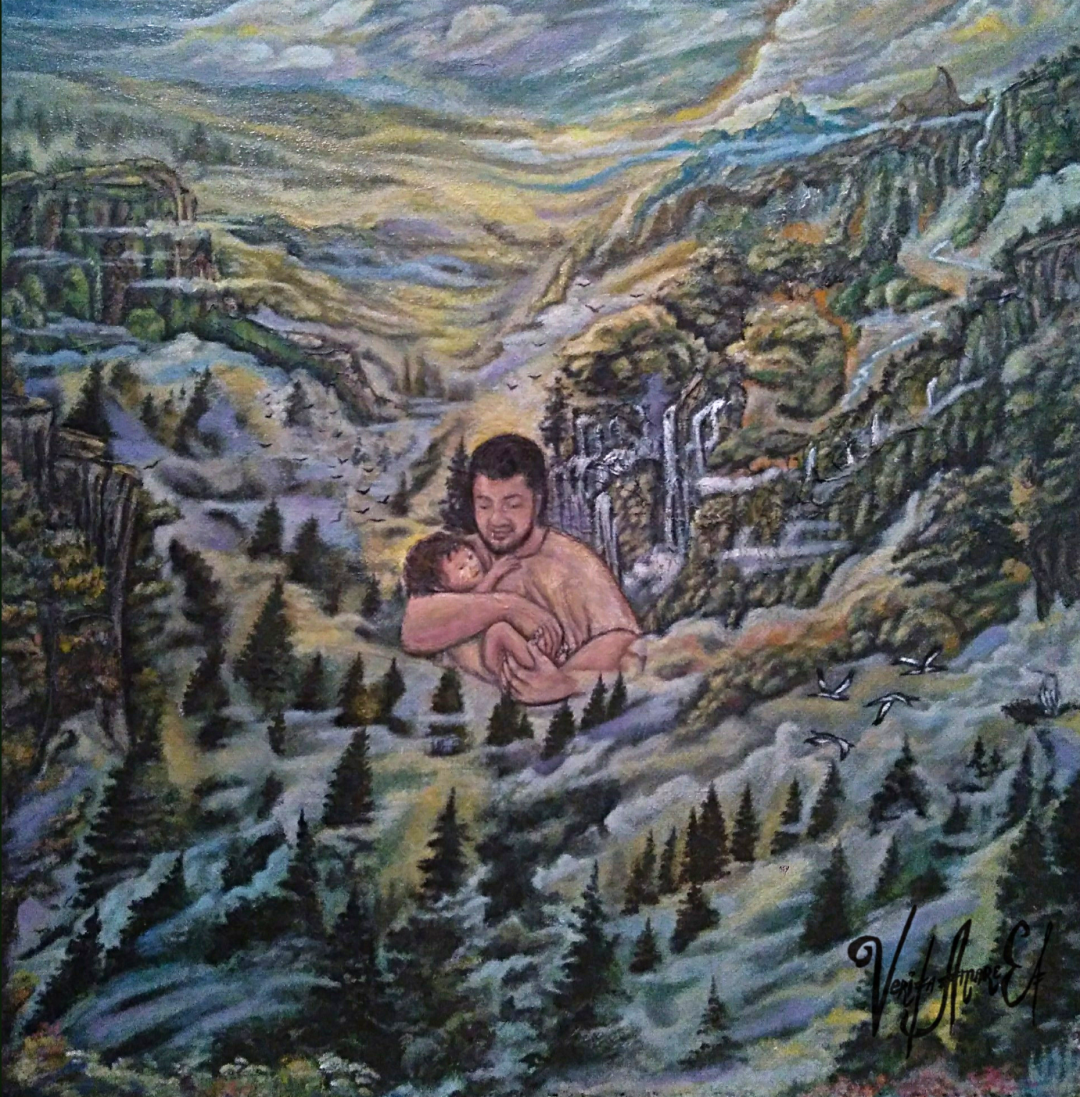 What is fatherhood? By definition, it is the state of being a father, but what does it actually mean? For children, a father is a role model and a hero. He is the one who is willing to take care of his family and the one who lifts you up in your successes and lends his shoulder in bad times. Being a father means showing love and support, without expecting anything in return. It is a great responsibility and a great privilege at the same time. Different people will describe fatherhood in different ways, but the truth is that being a father is always more than can be described in words. The Russian multimedia artist Veronika Medvedeva, aka Verita Amare Et, has put more meaning to the state of being a father with her new painting titled “Fatherhood.”

“Fatherhood” is a new painting by Verita Amare Et, which represents a sketchless portrait in a landscape, created using old Soviet oil paints. This work explores the spiritualized unity of all living things and conveys the understanding of a complex role of a father in the development and growth of his children. It is a reflection of omnipotent love, care, and quiet happiness, as well as a symbolic representation of the process of transferring pure experience and sincere knowledge, which are essential for life in freedom, peace, and grace.

Soon after the release, “Fatherhood” by Verita Amare Et was photographed by the Karachay-Cherkess Natural and Historical-Cultural Museum-Reserve for the catalog of Russian Art. A special shooting was organized by the Russian Center for Science and Culture at the request of the Ministry of Culture of the Russian Federation. 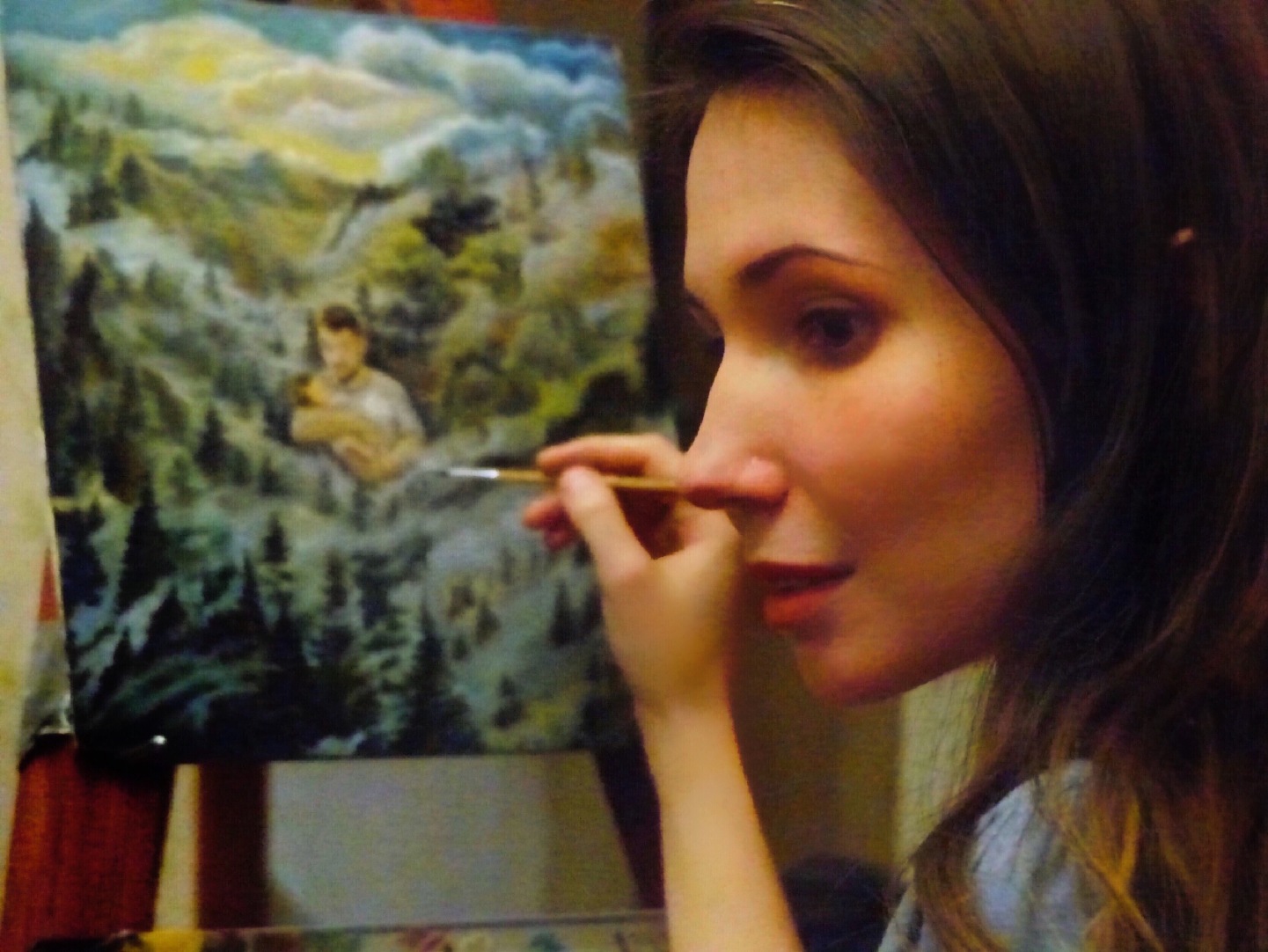 “Fatherhood” is much more than a beautiful new painting by a talented artist. It carries a deep meaning and offers to look at fatherhood through an art lens to see the heart of a father who loves and cares for his kids.