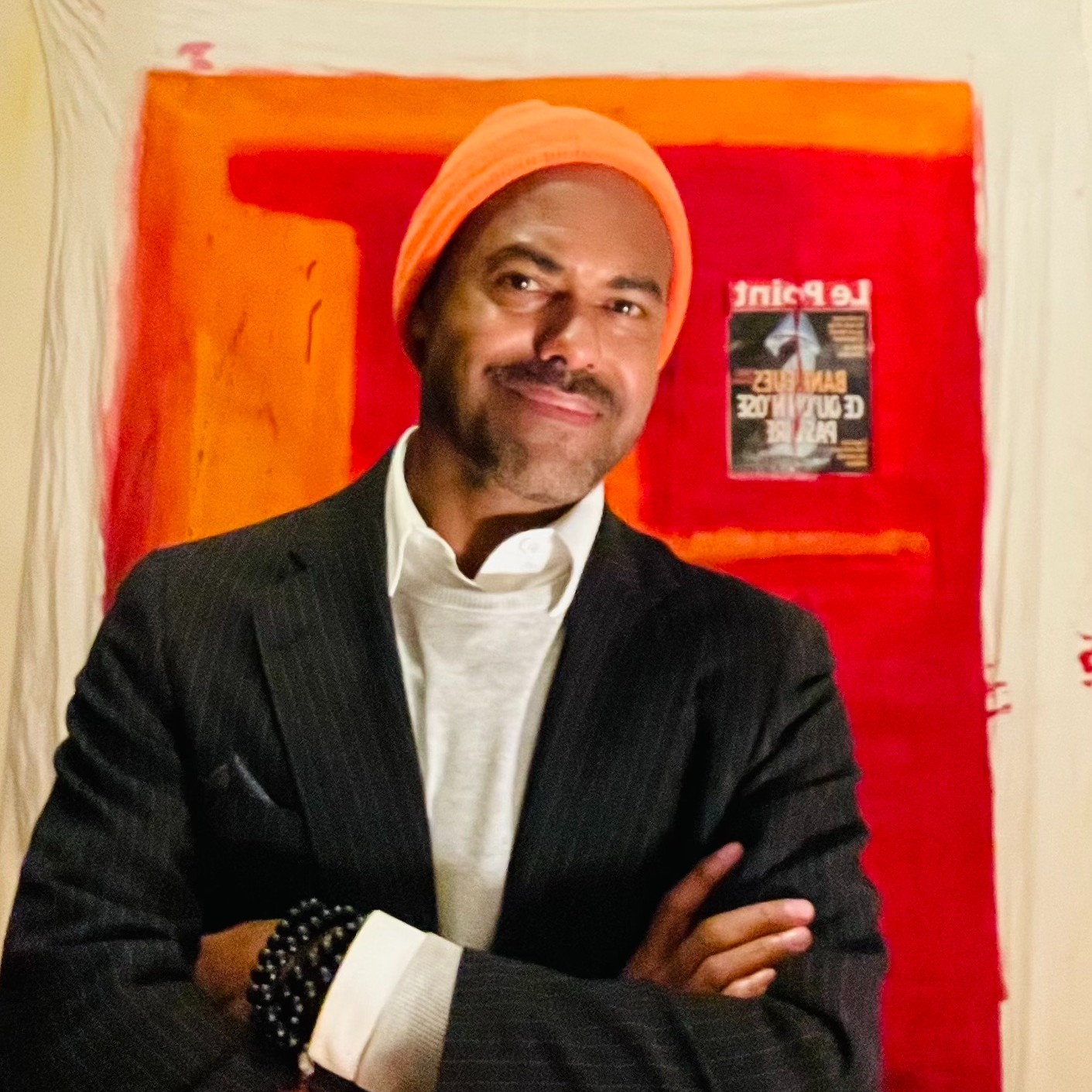 Billy Gerard Frank is one of the artists representing Grenada at the ongoing 59th Venice Biennale. His practice centers around social and political issues of migration, gender, race, and identity. In this interview, he talks about the work featured in Venice, the driving forces behind his art, and ways to overcome the colonial past and legacy of slavery.

Your new work, “Palimpsest: Tales Spun From Sea And Memories” which is now on display at the Grenada National Pavilion at the 59th Venice Biennale is inspired by the life and work of Quobna Ottobah Cugoano who was actively engaged in the fight against slavery in the eighteenth century. How did you take interest in this figure and why?

I became acquainted with Cugoano’s work while growing up in Grenada in the Caribbean. His work has always been present in my life, but it was not until last year that I returned to Grenada for six months in the midst of covid to research his life. The work is present as part of Cyher Art Collective, a group that was formed during the pandemic to explore ideas around the annual ritual of Shakespeare Mas that is unique to the culture of the tiny island of Carriacou, a sister island of Grenada.

A native of Ghana, Cugoano was kidnapped and brought to Grenada as a slave. He was then bought by Alexander Campbell, a large plantation owner in Grenada, and taken to England, where after some time he ended up as a servant to the royal painter Richard Cosway.

Cugoano was one the most radical and central African British opponents to have actively engaged in the fight against slavery in the 18th century, though his story and name are often overshadowed by other key figures like Olaudah Equiano, Granville Sharp, William Wilberforce, Thomas Clarkson, among others, in the larger history and narratives of the abolitionist movement. So few people know of his work and the role he played in helping to end slavery through his writings and activism. His seminal book “Thoughts and Sentiments on the Evil and Wicked Traffic of the Slavery and Commerce of the Human Specie” was a radical piece of text for its time.

He was also one of the first Afro-Britons to have penned a book in the English language, while employed in the home of Richard Cosway and his wife Maria Cosway, where he was exposed to all the pageantries and class of Great Britain, which the film explores. 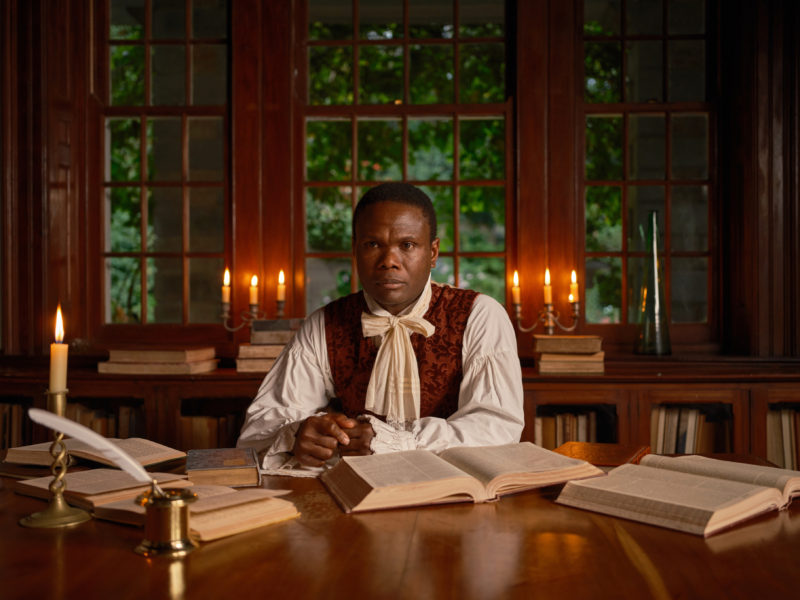 What issues of today’s society does Cugoano’s story highlight for you?

The works of Black historical figures over the years have often been suppressed, lost, or mishandled because of all the underpinnings of the long history of racism, especially by institutions that are the cultural gatekeepers of knowledge. In this regard, Cugoano’s writing couldn’t be timelier, as institutions in Europe attempt to confront their dark, colonial past and legacy of slavery, in the larger narrative of decolonization.

Cugoano died in obscurity and remained a figure overlooked in history for a long time. It was only two years ago, in the midst of the Black Lives Matter movement, that he was given a Blue Plaque in London at the Shamburg House, a sign of recognition given to important figures who had made a significant contribution to the arts, science, etc., in the UK. The place is Cosway’s former residence where he worked and wrote his book, appealing to such characters as the Prince of Wales for a complete end to the slave trade, not gradual as was the case with other abolitionists like William Wilberforce.

On many levels, his vision along with the Sons of Africa, (a political group to which he belonged too and founded along with his friend Equiano), opened the door for political thinkers and freedom fighters like Marcus Garvey, Malcolm X, writers, and activists of the Wind Rush generation like Stuart Hall that came to England in the ’50s.

I hope this timely film in the Grenada Pavilion will raise awareness around his life, and reposition him in history while exposing his work to a new audience, especially right now as institutions in Europe attempt to confront their colonial past and legacy of slavery. 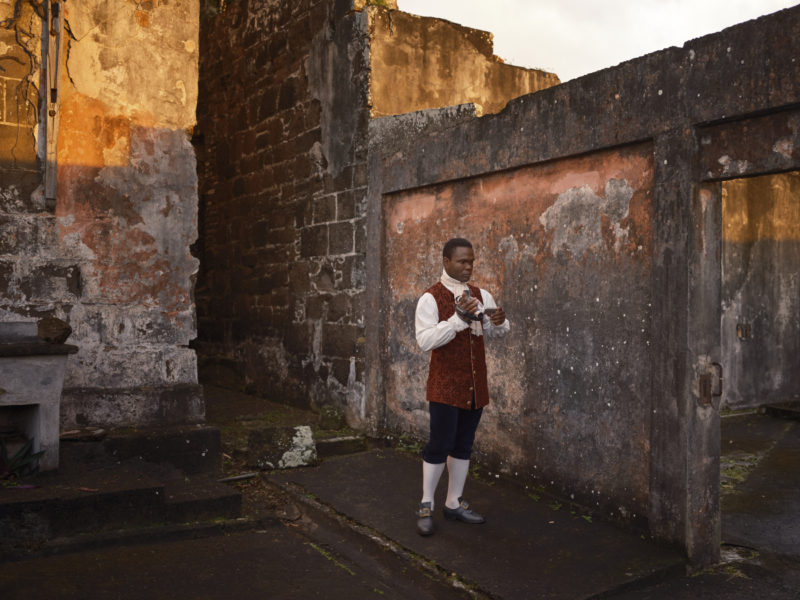 How does this film relate to your previous works?

All my works embody similar overarching themes of colonialism, identity, and exile running throughout them, the mining of historical and cultural narratives, research, archives, and autobiographical interventions. “Palimpsest: Tales Spun From Sea and Memories” is somewhat a biographical deconstruction and reconstruction of Cugoano’s life, similar yet different from my last film in La Biennale di Venezia “Second Eulogy: Mind The Gap,” which was autobiographical deconstruction and repositioning of my life growing up in Grenada as a queer man vis-à-vis my father’s life and generation of exile, culling from our colonial past.

Your practice addresses post-colonial subjects among other social issues. Where do you think we are today in terms of reassessing the colonial past? How has the postcolonial discourse, which has been around for several decades now, impacted societal values and norms? Has it penetrated everyday life or is it mainly confined to academia and the art world?

The conversations, research, and discourses around post-colonial theories in academia that started with writers and thinkers like Aimé Césaire Franz Fanon, among others, were very important for folks who came from former British, French, Spanish, and Dutch colonies. This helped frame our collective experiences and identity as a diasporic race. It also ignited a lot of the political movements that took place in our attempt to regain sovereignty as nations from the colonies and disengage from the economic legacy of colonialism and imperialism.

Most recently, Barbados has become a republic, relinquishing all ties with its former colonies and many Caribbean nations are emulating them. These are practical, political actions that are happening outside of the realm of academia. And it’s the next wave of post-colonial ideas at work and the disavowal of the last remnants and rein of empires.

As a queer man from the Caribbean, I have my views about post-colonialism. There are many countries – former British colonies – that upheld discriminatory laws, including buggery and gross indecency laws, dating back to their colonial past. In my view, the conversation, and the work around post-colonialism is not complete and over, until all these laws are completely abolished. 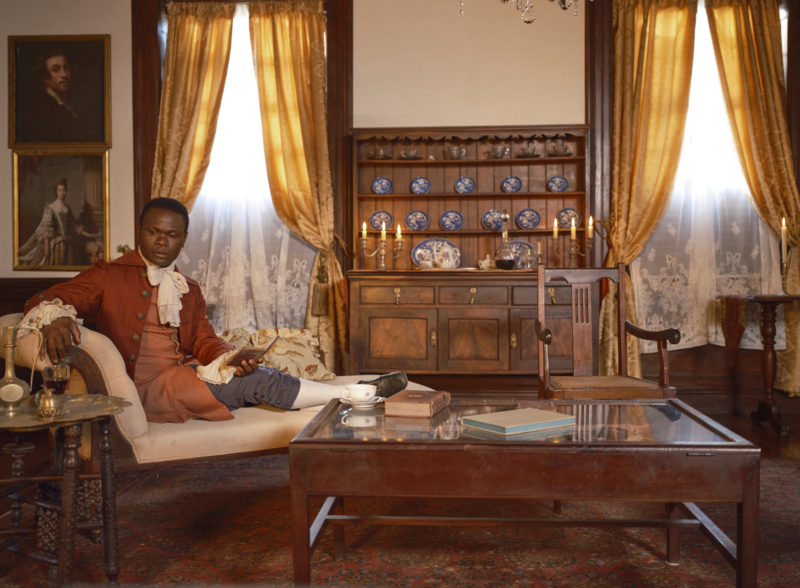 You are currently working on two narrative feature films. What will they be about?

At the moment I am developing a couple of narrative film projects. One is set in Los Angeles in the 1970s. It’s about a black screenwriter who is an addict and whose life goes off the rails. I am also developing a project in France set in 2005, during the first wave of the African and Arab uprisings. Some other projects and exhibitions are being planned.

One of my long-term projects is the Nova Frontier Film Festival. It presents films and art from the African diaspora, the Middle East, and Latin America. I am very committed to it and it is very close to my heart.