Who Is the Most Wanted Man in the World of Art? 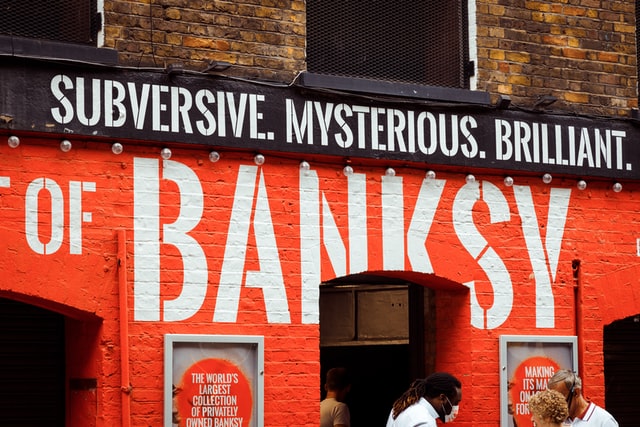 Let us be honest: contemporary street art and Banksy are already synonymous. The influence of the anonymous urban Robin Hood on the world of art and industry is insane. Not only are his art prints rising in value with every single day, but his identity is also becoming the subject of heated public discussions more and more often. But who is the most wanted man in the world of art? Let’s look at five facts you might not know about Banksy.

Who Is the Most Wanted Man in the World of Art?

1. More than a graffiti artist

Apart from his main career, Banksy has also excelled in sculpture, directing, and writing. With several books and movies under his belt, Banksy lays claim to being a multidisciplinary maestro.

2. An artist with multiple identities

Robin Gunningham, Robert Del Naja, a man, a woman, or a group of people? Banksy’s identity is one of the major mysteries of the 21st century. Surprisingly enough, his identity is not yet revealed.

4. Once an Oscar nominee

In 2010, one of Banksy’s movies, Exit through the gift shop, was nominated for Best Documentary Feature. Banksy did not get an Oscar, but imagine what would happen if he did.

In his stencils, Banksy always criticizes the government and society, but it was always difficult to distinguish some concrete political ideas – until recently. His support of the BLM movement and stance on refugee admission have determined his position on the political compass.

Nowadays, Banksy is a superstar and a street icon. Who is the most wanted man in the world of art in reality, though? It has yet to be found in the future, as only time will tell.