How Has Banksy Changed the World of Art? 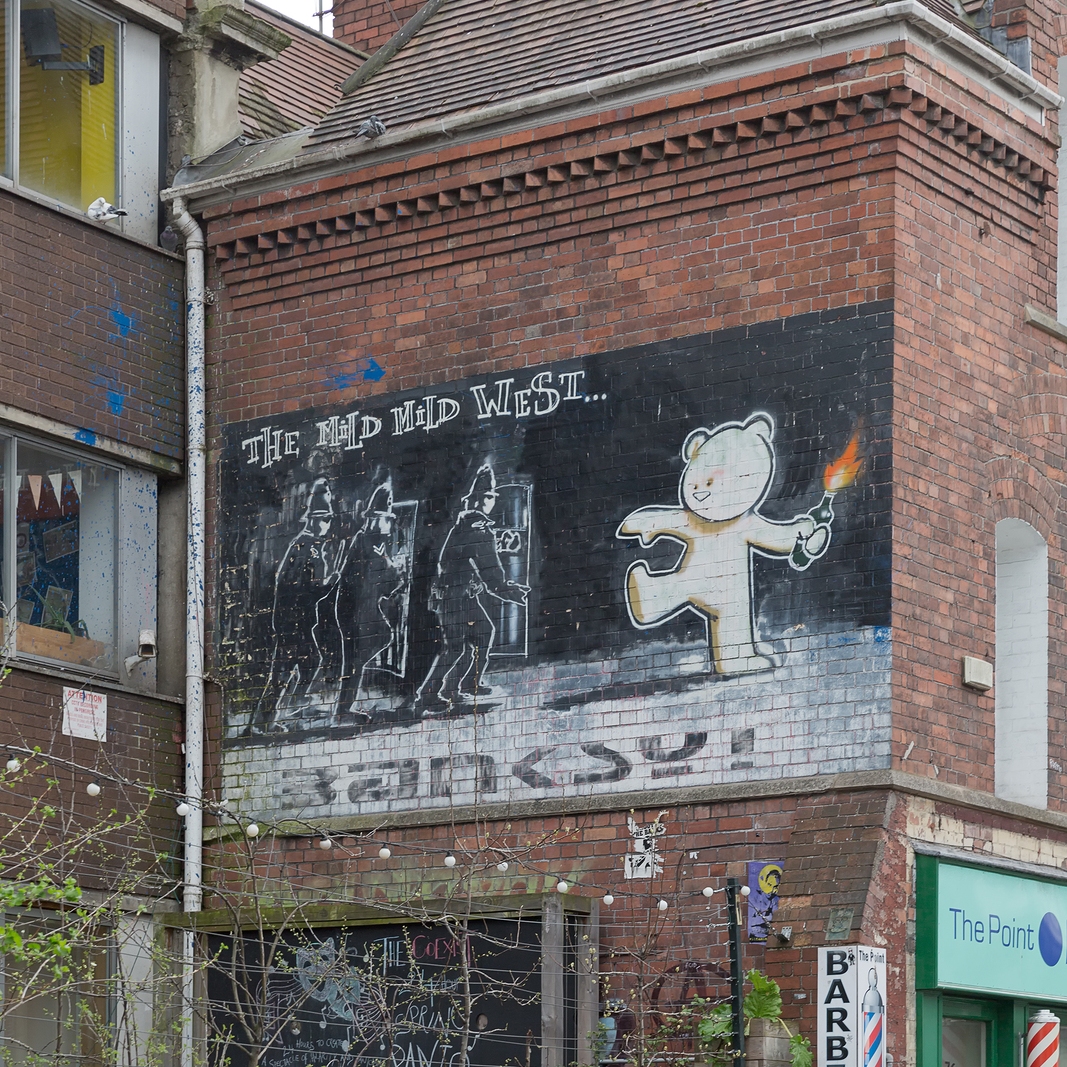 We live in interesting times, times when even a tiny shake in the social life of people can cause an ideological tsunami for the whole country and an instant change of the individual climate of a single person. Over time, people are coming up with fresh ideas on how to jazz up their existence by dying it with ‘bold’ colors. Such fluctuations have always influenced the world of art, the part of human’s life that is meant to reflect the reality through the abstraction.

And while art is no longer that independent craft of self-reflection, some artists still stand against the dissemination of propaganda of unhealthy social environments in all their forms. While a century ago, the main vanguard of artists was mostly comprised of poets and all sorts of writers, today we have visual artists in the firing line. If we were given to choose their fugleman, we would choose the humdinger of nowadays street art – Banksy.

A street vandal or a living legend?

Banksy is, without exaggeration, one of the most controversial yet formidable names in the present-day world of art. His exceptional approach to making art leaves many critics speechless because there are no criteria for them to criticize something painted on the walls or other objects outside the museum.

This is the reason why the opinion on this matter is divided. For some, Bansky is just an ordinary vandal who is corrupting the principles of society by painting street murals. For many others, Banksy art is an abundantly important notion in the whole world of art and a symbol of the truth against agenda-driven labels of the modern societies.

Being completely anonymous, Banksy is an England-based artist and activist whose identity is still in the mists of secrecy for the world, which is, however, does not prevent him from taking part in a wide range of activities. In 2010, the elusive artist even released a documentary titled ‘Exit Through the Gift Shop.’ 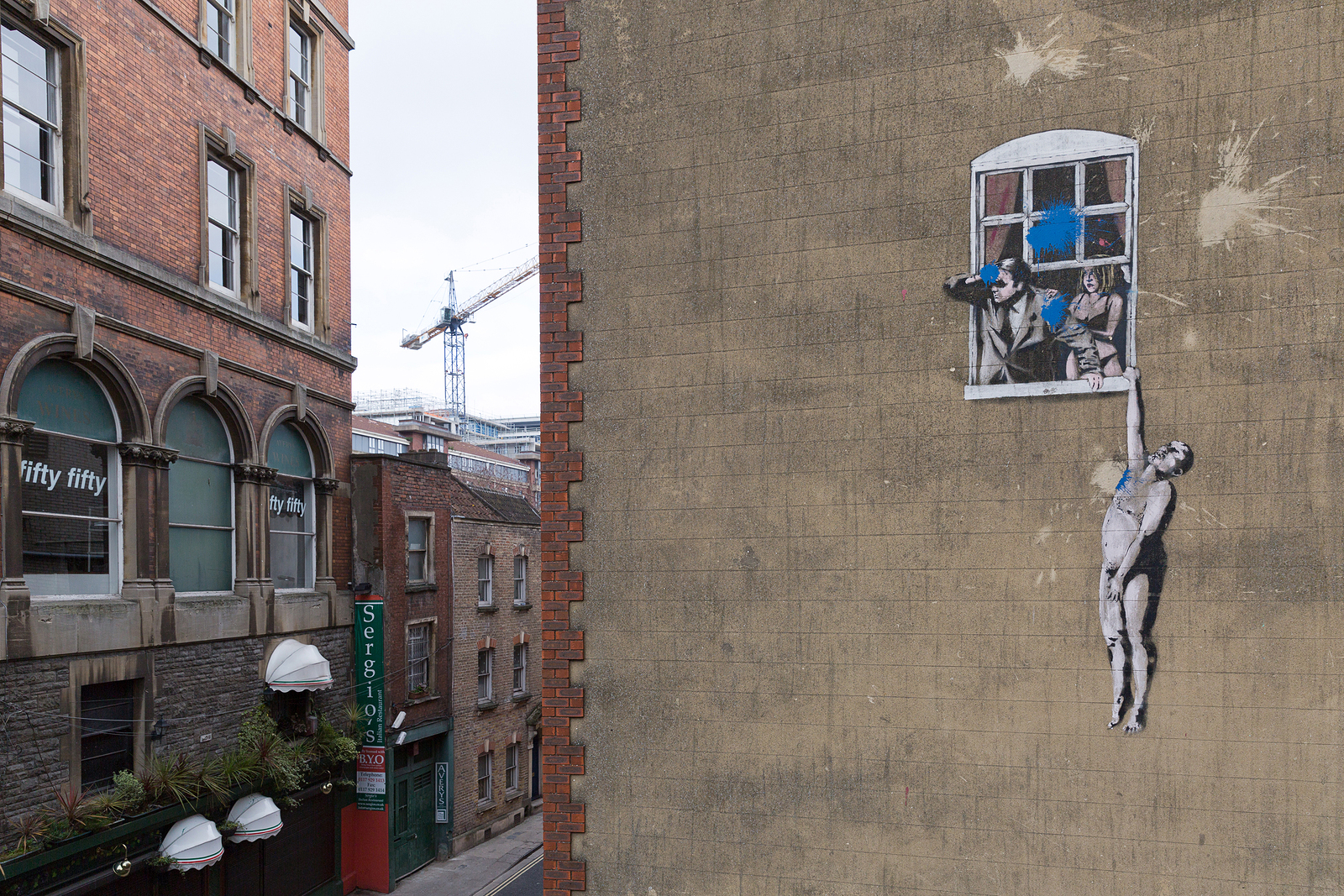 Even a couple of decades ago, no one could not even imagine that painted murals would become noticeable pieces of art. Although Banksy is far from the pioneers of street art, he has developed and extended it to the new horizons of imagination. Banksy murals have some specific peculiarities that make them distinguishable amongst others. The way of how the artist is creating his paintings on the walls overnight is still unknown. What is obvious is that the master of urban art uses stencils like many other street artists. Nevertheless, we cannot be 100 percent sure of whether Banksy does it traditionally, by his own hands, or uses some techniques to save time and make it more meticulous.

We can be only sure in the statement that Banksy’s paintings are one-of-a-kind. It is nearly impossible to confuse them with any other street murals. A few of his authentic works will be enough to understand why they are offbeat; one of the most legendary is Girl with Balloon that has already become the icon of the urban world of art. 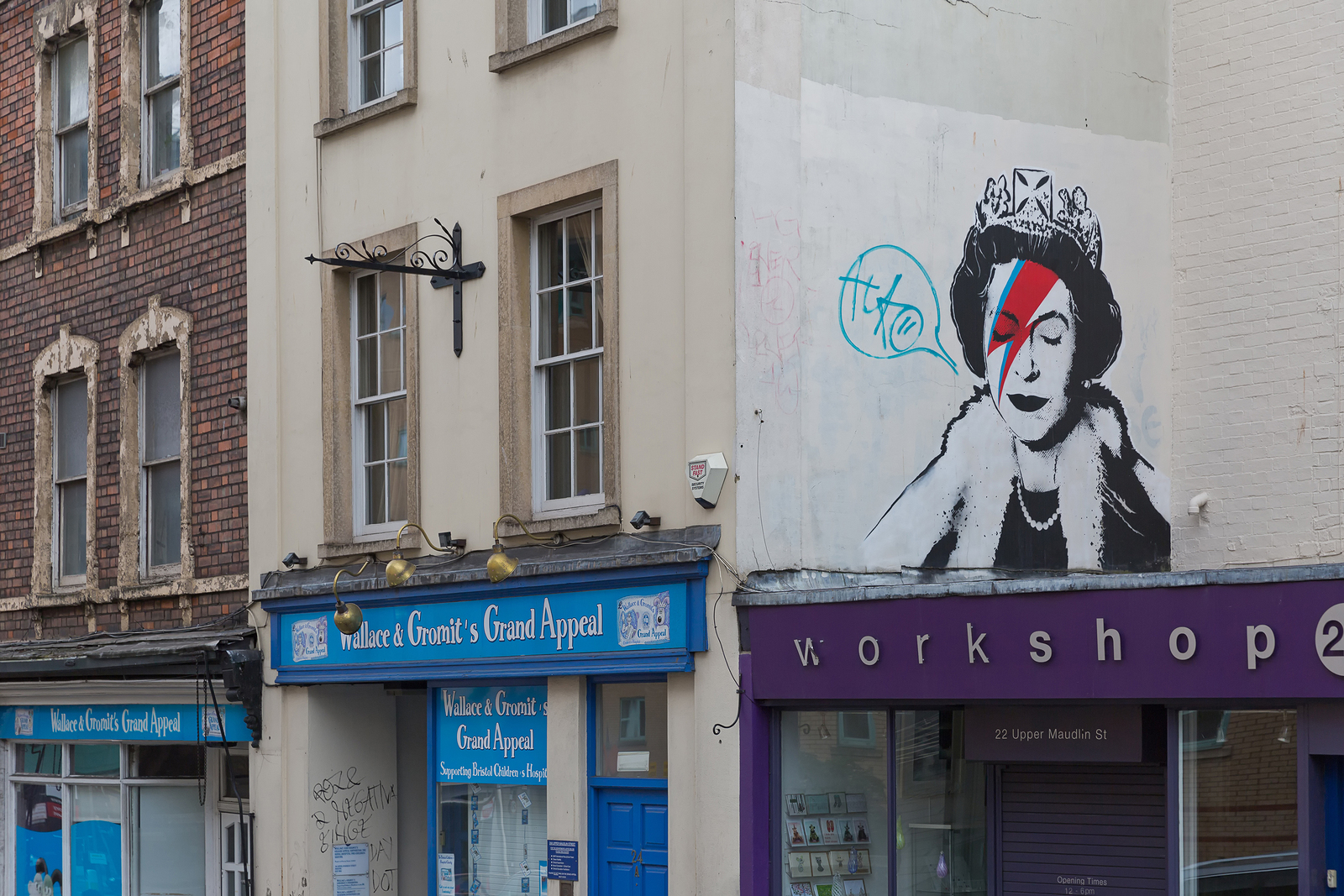 How is Banksy shaping the world of art?

It is high time to pay closer attention to the things that are making Banksy a modern revolutionary in the world of art. The primary purpose of his murals is not satisfying hedonistic desires but drawing the public’s attention to the current alarming situations in society.

Each Banksy’s mural has a strong message that he wants to deliver to people. He understands that it is beyond his control and artistic power to amend the situation in full, but by thoroughly doing his job, he, at least, gets more people aware and maybe make them selfless and caring in terms of joint for all people’s problems.

With the use of different kinds of techniques, such as humor, satire, sarcasm, irony, grotesque, and hyperbole, Banksy fights against war, harmful ideologies, greed, hypocrisy, the absurdity of life, and many other painful and sensitive issues. He revolutionizes the way of being free alongside art, and he revolutionizes the art itself and directs it in the right way. Banksy has already changed the world of art, and he continues pushing the boundaries of what is possible.