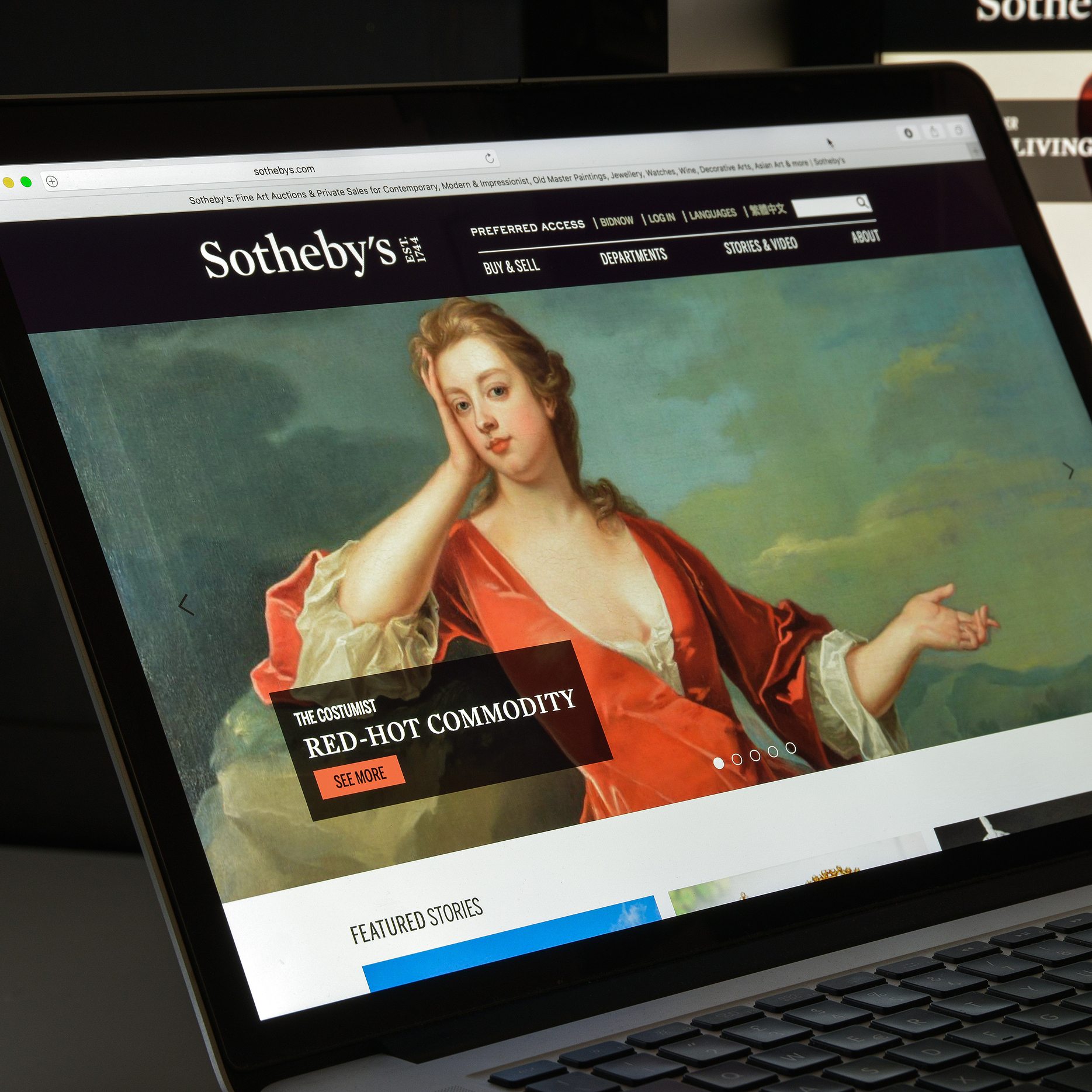 The number of art market players increases each year, but the leading players that dictate the game’s rules remain the same. Large auction houses, such as Christie’s, Sotheby’s, and Phillips, hold their positions for many years. Let’s get acquainted closer with them and learn what makes them so influential.

One of the most famous large auction houses is Christie’s. Founded in London in 1755, it specializes in all sorts of valuables and collectibles, from art and jewelry to luxury cars and fine wines. It offers items in over 80 categories. Together with Sotheby’s, Christie’s controls 90% of the auction sales market. It has 53 offices in 32 countries in America, Europe, and Asia.

Christie’s auctions regularly break records. You have probably heard of the notable sale of Salvator Mundi by Leonardo da Vinci, which was hammered for $450 million, becoming the most expensive art piece ever sold at auction.

Another large and renowned auction house is Sotheby’s, which was established in London in 1744. It is headquartered in New York and has 80 offices in 40 countries worldwide. Featuring an extensive range of auction categories, Sotheby’s offers modern and contemporary art, impressionist paintings, Old Masters, watches, jewelry, design, real estate, wine, and many more. The auction house holds about 600 sales annually. It also provides private art sale services, collaborating with galleries, dealers, and collectors of high-value art.

Phillips was established in 1796 in London by Harry Phillips, an art dealer of Christie’s founder James Christie. At the very beginning, Phillips was focused on artworks only, but over time, it expanded to include antique furniture, estate collections, design, watches, and jewelry. Phillips started from a high position. Among his admirers were Napoleon Bonaparte and Marie Antoinette.

Phillips is now one of the most reputable large auction houses, with offices in London, New York, Geneva, Paris, Seoul, Tokyo, and other cities. It attracts collectors from all over the world, showing amazing record results in sales. In 2022, artworks by Banksy, Andy Warhol, and David Hockney set their world auction records at Phillips.

These three large auction houses set the tone in the art world. Their long history, experience, professionalism, wide network, and unique and high-quality items determine their popularity and influence.