4 Types of Antique Chinese Pottery You Will Want to Collect 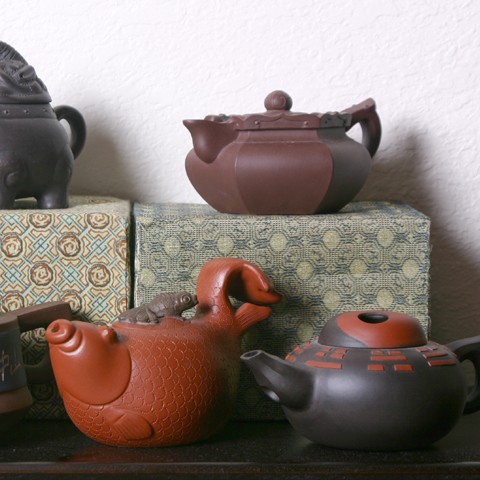 Chinese antiques – and pottery in particular – are among the most popular collectibles. Pottery is the oldest craft in China, with a history dating back to 7,000 to 8,000 years ago. Chinese pottery is extremely diverse in terms of its origin, style, and techniques, which can be overwhelming for an aspiring collector. Fine Art Shippers has extensive experience in transporting Chinese antiques. We value art in the first place and make it a point to gain professional knowledge about all the items we ship,  and we are always happy to share it on our blog. In this post, let’s take a look at some of the most valuable types of ancient Chinese pottery.

Roughly shaped and artless gray, red, white, and black pottery appeared on the territory of modern-day China as early as the Neolithic period. The Shang Dynasty was the first to make glazed and hand-glazed ceramics that later evolved into the porcelain we know today. Porcelain, one of the most important innovations of ancient China, was originally produced during the Eastern Han Dynasty (202 BC-220), with the craft reaching its peak during the Song Dynasty (960-1279). The Tang Dynasty (618-907) perfected the craft considerably, but the decoration and glazing techniques of the Qing Dynasty (1644-1911) undoubtedly surpassed those of previous periods.

Some of the most famous Chinese pottery are the Yixing purple and red ware, Tang tri-color pottery, Nixing pottery, and Rongchang pottery.

Famous Yixing teapots have been manufactured in China since the Song Dynasty. In the 17th century, they became a popular export item to Europe. The clay used for their production, known as Zisha, is rich in iron oxide and quartz. It is mined near the city of Yixing in the Jiangsu Province. Yixing teawares are not turned on a wheel but are made entirely by hand. The hard clay is hammered into a slab with a wooden hammer, and the body of the teapots can be shaped in three ways: segmented teapots are pressed, round teapots are paddled, and square teapots are made on a slab. In this process, special wooden, metal, or bamboo tools are used. 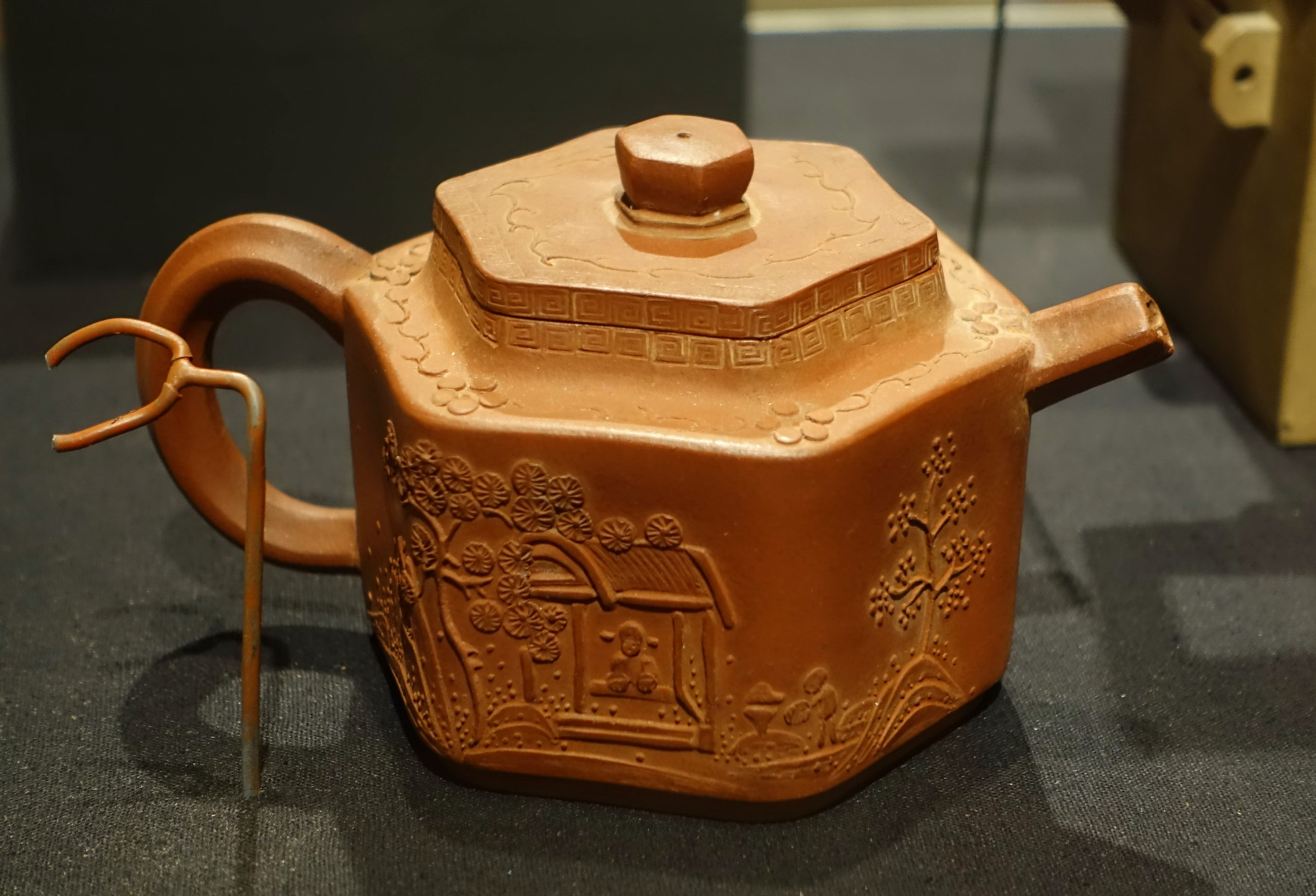 This type of pottery in yellow, green, and white colors dates back to the Tang Dynasty and was found in 1899 during the construction of a railroad line in tombs near Luoyang, Henan Province. These pieces, which include everyday objects, toys, and figurines, reflect the vibrant social life and splendid culture of the Tang Dynasty. Whimsical designs on the surface were created through printing, laying, and carving. Boldness in color and shape, richness in detail, softness in form, simplicity in carving, and smoothness in lines are all characteristics of this type of pottery, which bears witness to the glorious times of the bygone dynasty. 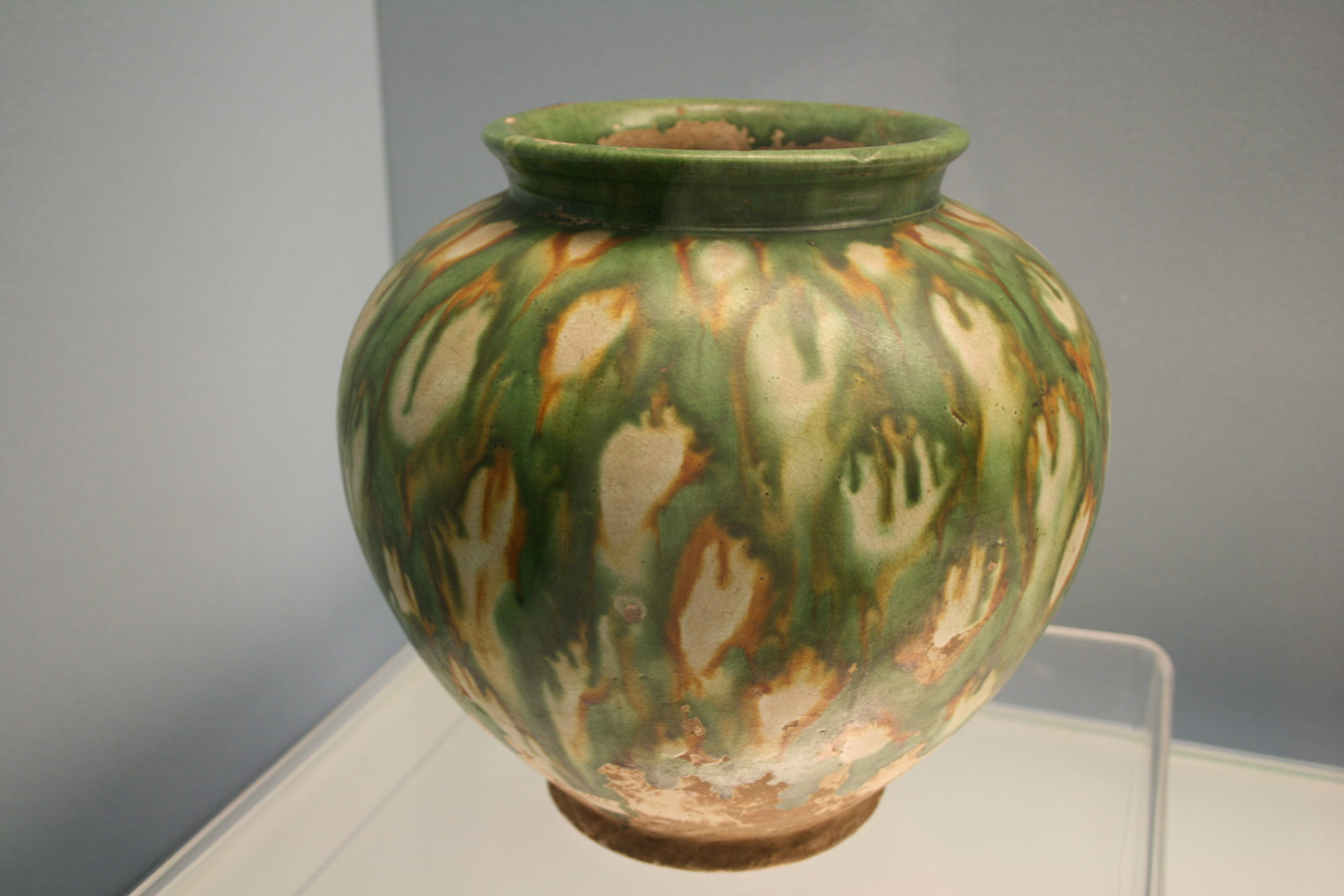 Nixing pottery from Qinzhou is over 1,000 years old, with the earliest pieces dating back to 618 AD. There are about 600 different types, most of which are dinnerware, tea sets, coffee sets, stationery, vases, and incense sticks. Nixing pottery has a bronze or dark reddish-brown tone due to the special quality of the clay and exquisite craftsmanship. One of its features is that its surface becomes amazingly smooth after polishing.

Rongchang pottery mainly consists of kettles, jars, pots, vases, and other items, of which the Rongchang pickle jar is the most famous. Due to its shape, texture, and proportions, this vessel is perfect for making pickles. Artisans use red and white clay to carefully create numerous decorations on ceramics. For example, a red clay body can be decorated with white or gold applications or a mixture of both tones. The surface of the pottery can also be scratched and pecked with smooth lines, which are usually single-line designs. Over the years, Rongchang pottery has earned the epithet “as thin as paper, as shiny as glass, and as melodious as a chime” for its distinctive craftsmanship and esthetic flair.