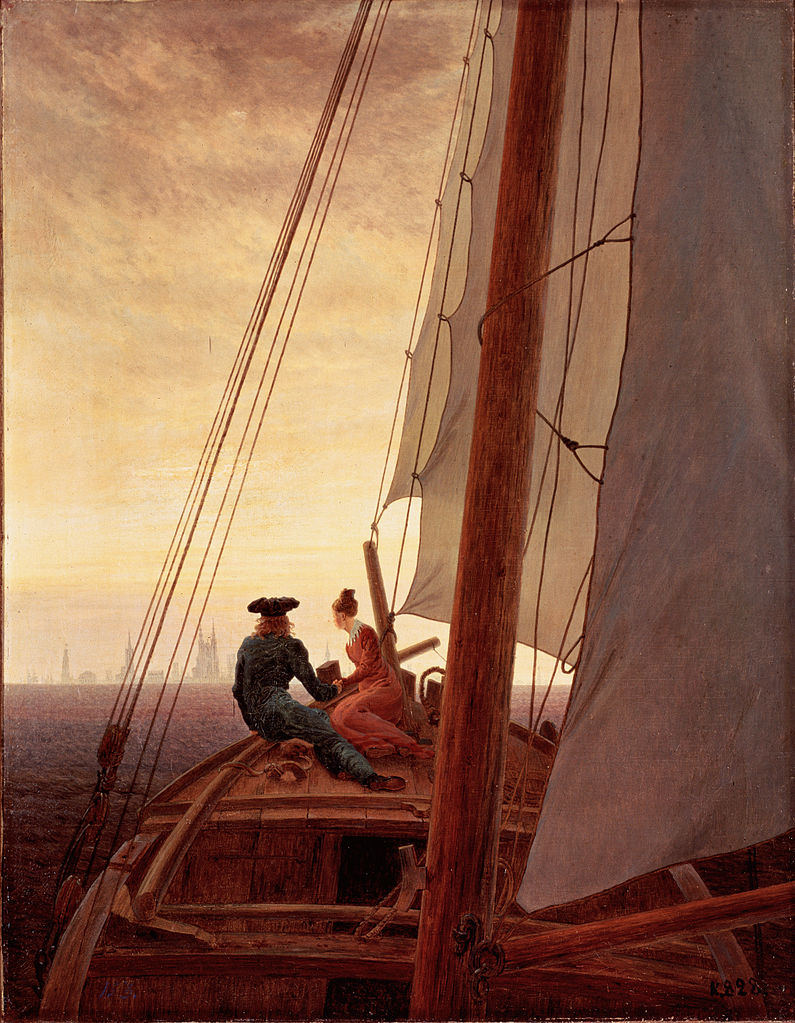 The Romantic era covers the period of the late 18th – 19th centuries. Romanticism appeared as an answer to the era of Enlightenment in social processes and as an opponent to classicism in artistic expression. One of the most frequently occurring subjects in the fine art of the period is sailing ship painting.

Specificities of the Period

Logic and order were replaced by sentiments and passion. Nature, its unpredictability, beauty, and fatalism occupy a special place in romanticism paintings. Pictures of natural disasters, wind gusts, huge waves capable of destroying every achievement of civilization. Spontaneity and power. They fascinated masters who reflected them in their works again and again. Romanticism in painting is about whimsical tricks of the light, frightening shadows, and the admirable greatness of nature. Paintings of this period have dynamic compositions and expressive large strokes.

Sailing Ship Painting from the Perspective of Romantic Artists

One of the most famous authors of the romantic era is John Constable. In his painting titled “Rough Sea” (1824), he masterfully reflected the force of nature. There are no shipwrecks or human casualties. However, ship figures fading into distant gray and a small human figure on the beach look miserable against endless marine space. Real power sets down in the waves and clouds that decide whether to spare or punish humanity.

Caspar David Friedrich in his “On the Sailing Boat” (1819) showed an unusual interpretation of sailing ship painting (featured image). The painter built a composition where the spectator looks at the ship not from the side but from the board. It’s like we are spying on the couple on the front of the ship. They hold hands and look in the middle distance at the shapes of an unknown city. The painting breathes calm and a state of peace. The ship in this painting is like a guide that opens the path to the dreamland and protects dreamers on the board.

Quite the contrary, Joseph Mallord William Turner painted ships in “Peace – Burial at Sea” (1842), which was dedicated to Turner`s friend and painter Sir David Wilkie. He was buried in the sea after death on the way home from the Holy Land. In an expressive and emotional manner, the painting reflects the personal tragedy of the artist. The picture is full of contrasts. It has it in its name, meanings, color scheme, and lighting solution. It is full of high feelings and despair. Lighter elements almost dazzle, but deep dark ones add a lot of drama. Ships stand majestically under the sea and, at the same time, represent death and peace.

Thomas Cole’s painting “View from Mount Holyoke, Northampton, Massachusetts, after a Thunderstorm (The Oxbow)” (1836) is like a logical extension of the previous plot. Here, the force of nature shows itself to be formidable, leaving broken trees and shipwrecks on the beach. As a painting of the romantic era, it shows very well the contrast of the mood, dramatic effect of nature`s greatness, and dynamic life process. 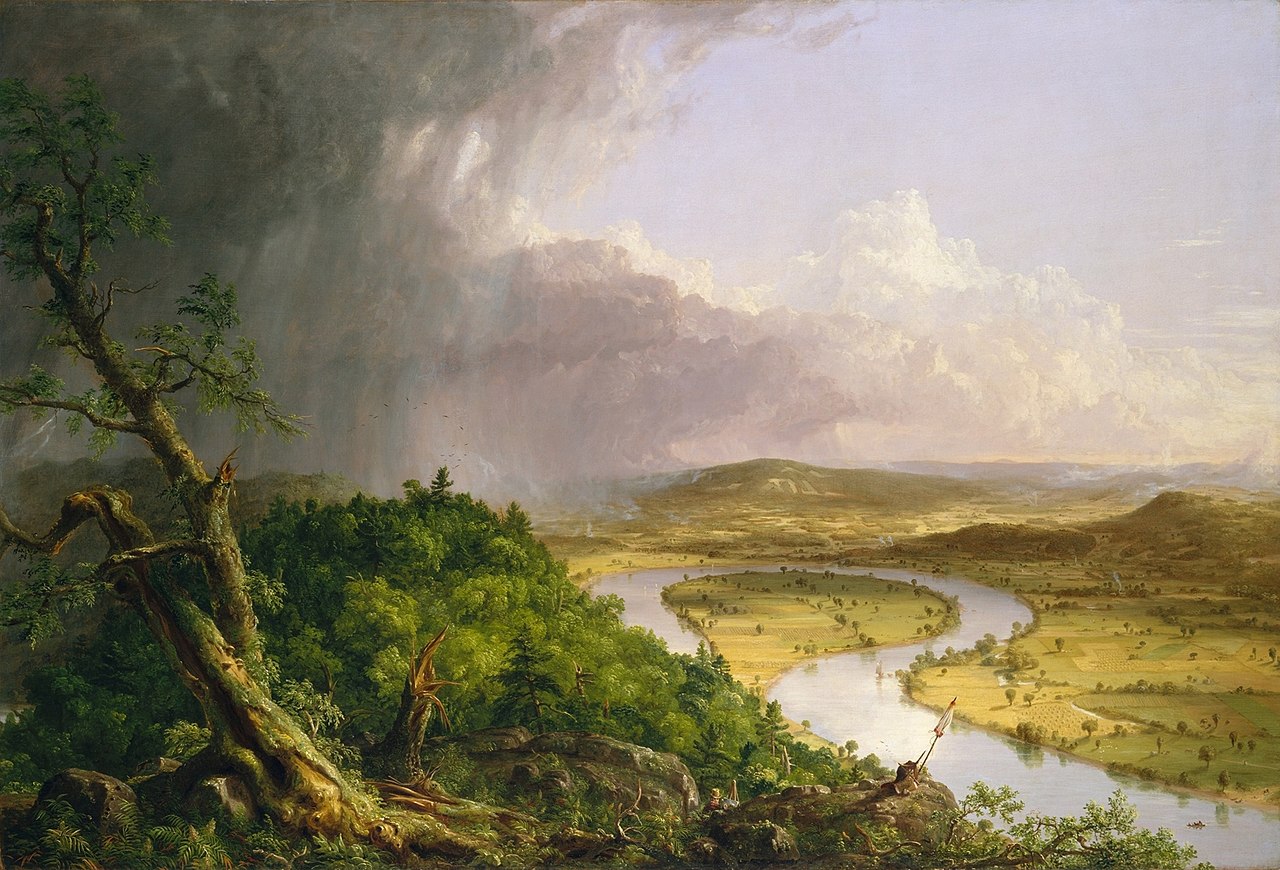 An example of a biblical subject in sailing ship painting is Eugène Delacroix’s painting “Christ on the Lake of Gennezaret” (1854). It shows the plot from the Gospels of the New Testament. Christ and his disciples sailed through Lake of Gennezaret and got caught in a storm. In a few moments, God will tame the element and soothe the waves. However, the wind is now blowing harder on their sails, listing the boat. This exact moment was pictured by the artist. The moment of confrontation between natural causes and a human. 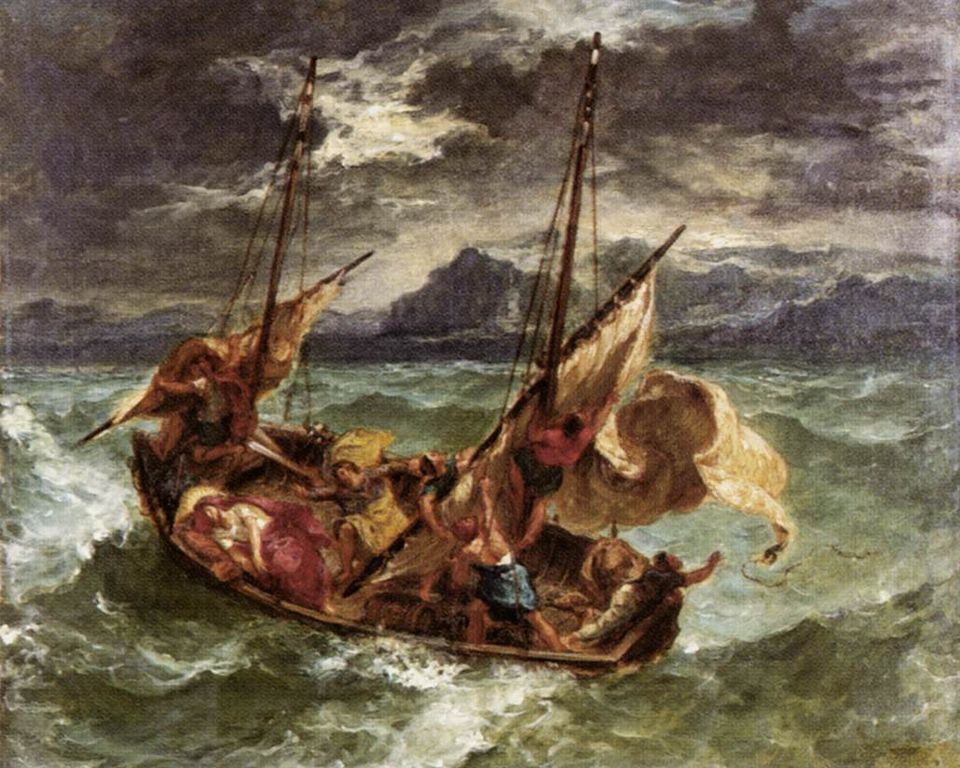 Sailing ship painting in the Romantic era generally serves as a symbol. It reflects the deep experience of the author, the confrontation between the force of nature and a human, futile efforts and beauty, and the sublime daydreaming.