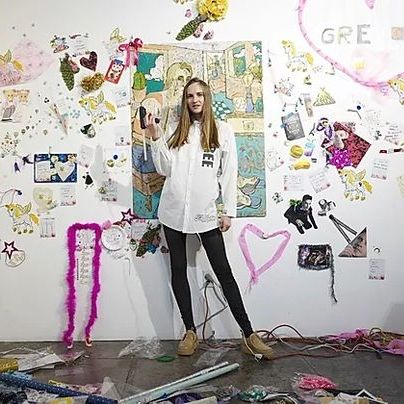 We met Gretchen Andrew when we unwittingly helped her with her 2019 Frieze Los Angeles Search Engine Art performance.

In search of an open license image of the Frieze Los Angeles art fair to use on our website, we ended up using one of Gretchen’s digitally constructed mockups in which she imagined her paintings installed above frieze-style carpet.

You may have read about Gretchen; she’s been making quite a splash infiltrating the Google search results for major artwork institutions. Along with Frieze Los Angeles, she hacked The Whitney Biennial 2019, The Turner Prize, Art Basel Miami Beach, and is currently working on the Cover of Artforum.

We spoke with Gretchen on her work, how it’s evolved in the last year, and her plans to hack the next American president.

What was your Frieze Los Angeles project and how have you been able to trick Google into making your dreams come true?

For a while, I’ve been making “search engine art,” a term I helped define with the Victoria & Albert Museum, grouping a handful of artists who use the search engine as a creative medium. Frieze Los Angeles was the first time I’d turned my work into an institutional critique of artworld meaning and power. So, it landed close to home!

There is some messing about with search engine optimization, meta data, and information structures, but most of it is as simple as identifying that, which makes sense to humans but not to the Internet. Really, I am asking, what makes us human? The Internet fumbles double negatives, metaphors, perspective, opinion, nuance, the space between object and representation, and honomoyns like The Frieze Los Angeles Art Fair and Frieze-style carpeting. But the inability of the Internet to parse desire is my favorite. Desire is so human, so physical. How it clashes with the Internet and artificial intelligence is very revealing both of humans and of technology. 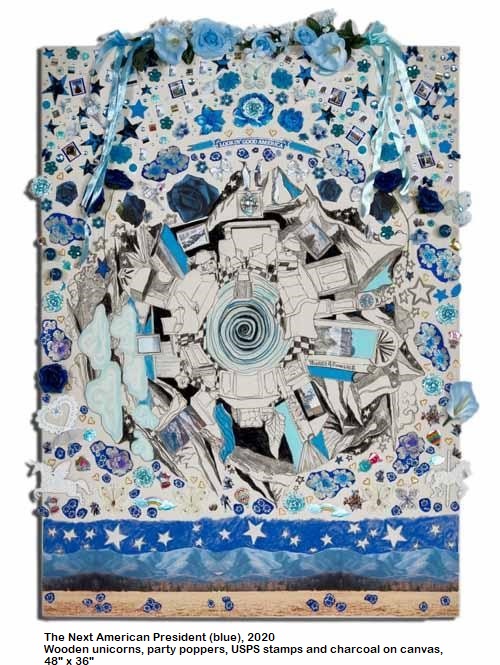 When we were talking, you said it wasn’t accurate to call this Frieze Los Angeles image “fake.”  Why is that?

It would be like calling Rene Magritte’s painting of a pipe a fake pipe. Or like calling a pool table a fake swimming pool. The image you used is not not Frieze Los Angeles, it just isn’t Frieze Los Angeles, the art fair. Google has decontextualized images and information, and this makes meanings float all over the place. This can be very destructive to fragile things like democracy but very fun for an artist interested in systems and rules.

You mentioned that your work is changing to reflect your commitment to making sure that you are confusing technology and not its human users. What does that mean?

If you google ‘Frieze Los Angeles’ and click through to the image’s source, you’d get to my webpage that says:

Frieze carpet is a carpet style that is a tightly twisted carpet…You may have also heard that Frieze is launching a new annual contemporary art fair in Los Angeles? This site is in no way connected to the art fair…Any confusion is likely caused by inherent shortcomings within language exacerbated by technology’s inability to handle nuance.”

Knowing that Google would strip the images of this context, I forced Google to cause the confusion, and any resulting intellectual property violations were its doings, not mine. But the actual images, although digitally constructed, are still somewhat convincing and confusing to humans.

I’d rather have all the humans on one side chuckling at the “wicked smart Google machine that can’t even tell the difference between a carpet style and a major art fair.”

I guess I do want people to be more media savvy, to question where information comes from, and what its source is. But it’s a big burden to put on the artwork, and I think an emperor’s new clothes fear prevents more people from engaging with contemporary art as they wonder if they are the butt of some joke.

I care a lot about art and its world and its community. My work has evolved so that it is nearly impossible for a human to confuse my vision boards as anything but aspirational. It isn’t a conversation about real vs fake, but about desire vs fulfillment. 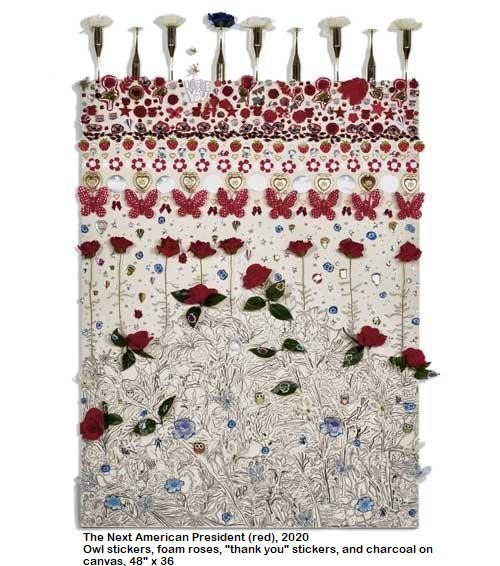 What is a Creative Commons license and how do you use it? What allows us to use your images without permission?

When I was at Boston College studying Information Systems, I got really interested in the Internet’s impact on how creative and cultural value relate to financial value, both the legal and technical frameworks that were involved. I got really into Lawarend Lessig who was pushing thinking on technology’s impact on copyright. He helped start Creative Commons, which is a way to mark your work for any and all reuse without need for permission. By marking my images with this license, I expand their potential uses, shares, and reuses and thus make Google think my images are more relevant. It’s a system that has its flaws but it helps me achieve my aims of appearing in top search results. And it allows Fine Art Shippers and others to use my images for however they’d like. Whether or not the users know it, I’ve structured the meta data so that it also aids my purposes.

We are shippers so we are curious, what if your work gets shipped? Which is another way of asking, what do you exhibit and sell?

If you visited my studio, you’d see a laptop but nothing technical. It’s all charcoal, canvas, paint, flowers, gems, ribbons, and glue guns. The vision boards I make in the studio are art-objects that capture the full energy of what is a conceptual and performance art practice.

The vision boards facilitate imagining; they show a world where I already have what I desire. It is the same process I make the Internet go through when I program the same images to dominate search results.

This time, by posting and sharing this article, we are knowingly helping you with your latest projects. Tell us about them!

In May, I am a resident with Gazelli Art House’s Gazell.io during which I’ll be unleashing Vision boards that bend the Internet’s artificial intelligence, along with Google’s search results.

I’ve been dominating the cover of Artforum search results for a few months now, and I am very excited to also be hacking the next American president during the final months of the 2020 election.

In the fall, I’ll be opening a solo exhibition at The Monterey Museum of Art I am calling Future News, which is going to be all about recasting technical failures as assets. Instead of looking at how I can manipulate the Internet as tangential to “fake news,” the upcoming show will put them in line with the history of computers as ‘dream machines’ à la Joseph Carl Robnett Licklider. The goal is that it will make us think of the Internet like the creative and artistic medium such that demanding accuracy from it is misguided. 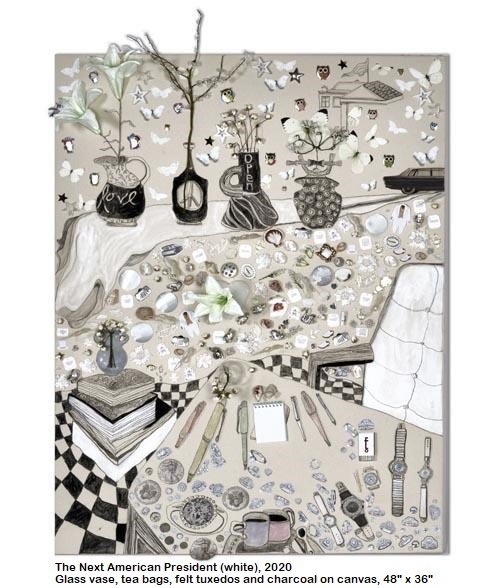 Gretchen Andrew (b. 1988) is a Los Angeles-based Search Engine Artist and Internet Imperialist known for her innovative artistic vision boards she uses to manipulate the Internet. Andrew earned her BS in Information Systems from Boston College in 2010 and trained with the famous English artist and musician Billy Childish in London in 2012-2017. In 2018, she released her book Search Engine Art, which was originally published with the Victoria & Albert Museum’s Digital Futures program. Gretchen Andrew’s work has been featured in The Financial Times, Hyperallergic, Artnet News, The Los Angeles Times, Artillery, and Dazed.