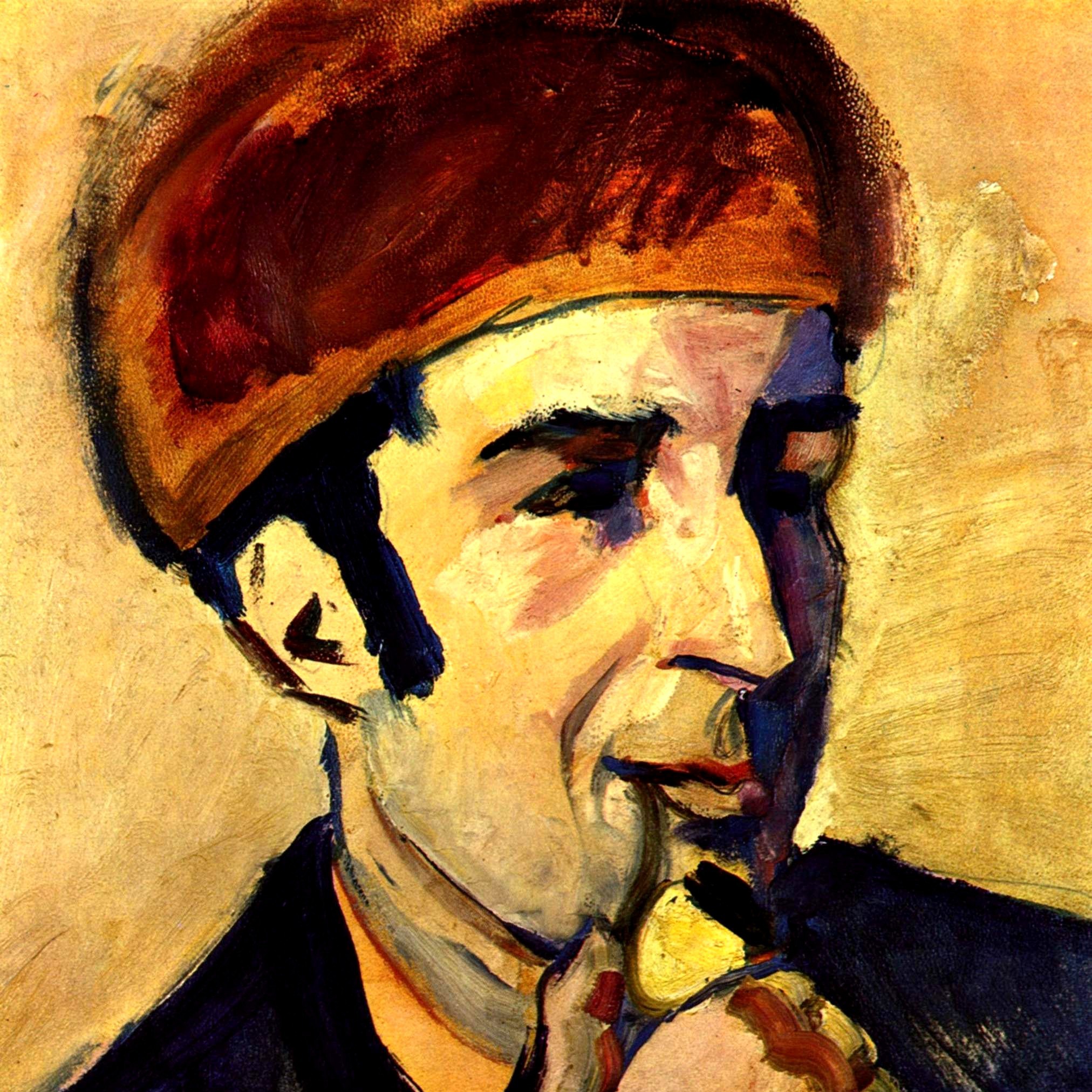 Franz Marc was a German artist whose artistic creativity contributed enormously to the development of abstract expressionism and modern art formation. His works had an impact on such masters as Jackson Pollock and Willem de Kooning. For the 36 years of his life, Franz Marc came a long way in expressive finding and becoming.

German Artist of His Time

Despite the innovation and development of German expressionism, Franz Marc was a real artist of the early 20th century. Searching for meaning and frustration, which marked that time, are crucial threads running through his works. He denied cruel and depraved reality and looked for peace and harmony in nature and spirituality.

Franz Marc visited Paris, the epicenter of cultural events and place of progressive ideas borning, twice. Surrounded by enthusiasts, new developments, and museum masterpieces, Marc solidified his style that was greatly impacted by the work of Henri Matisse, Paul Gauguin, and Vincent van Gogh. He was also impressed by the paintings of French impressionists and Japanese woodcuts, which led the artist to a more modern perception of color and simplified lines. 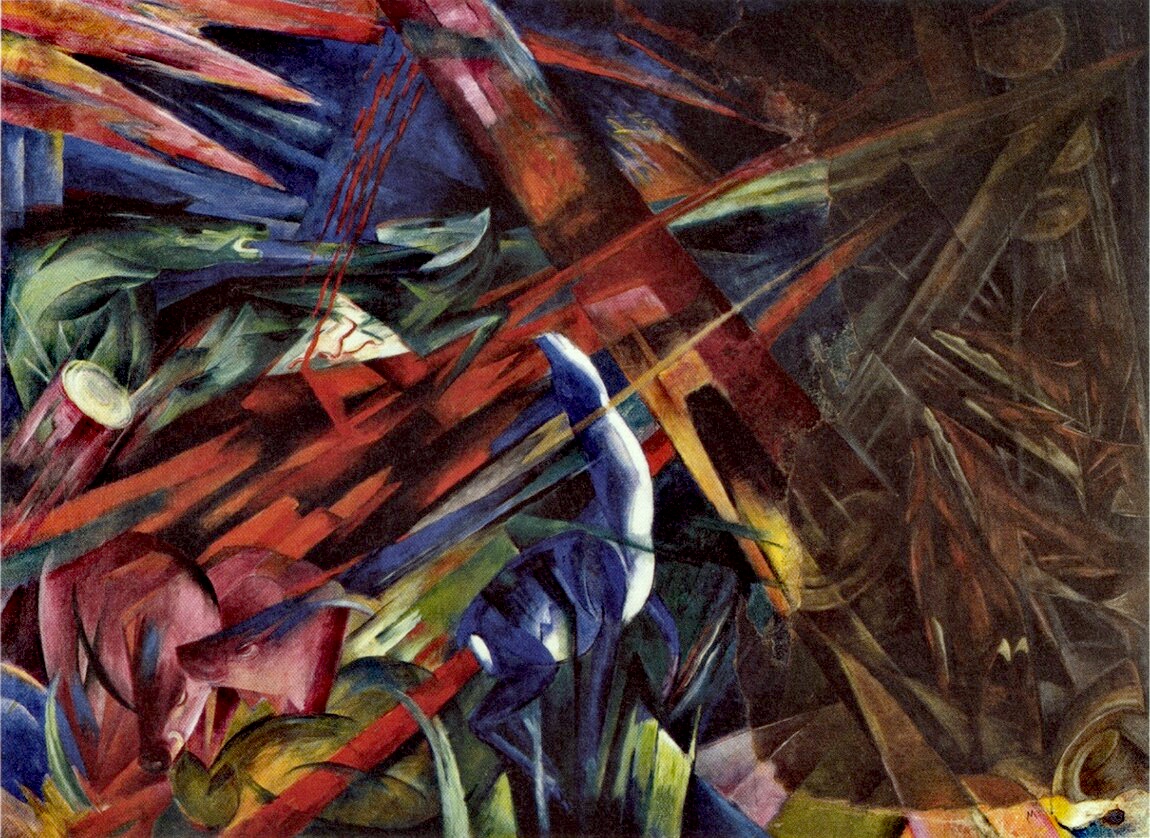 In 1903, Franz Marc discovered the works by Jean Niestle who used images of animals in his art a lot. The German artist rethought this image and took it to a new level. Animals became the main subject in the creativity of Franz Marc. However, he wasn’t an animalist. His images were rather symbols than paintings of nature. In the picture of deer, horses, tigers, cats, dogs, cattle, and others, he saw the reflection of an innocent and unspoiled world. His animals were pure emotions and harmonic lines, spiritual forces of nature.

However, by 1913, Franz Marc was disappointed even in animals, considering them as impure as a human. In his view, only war could purify the world and enable it to restart. 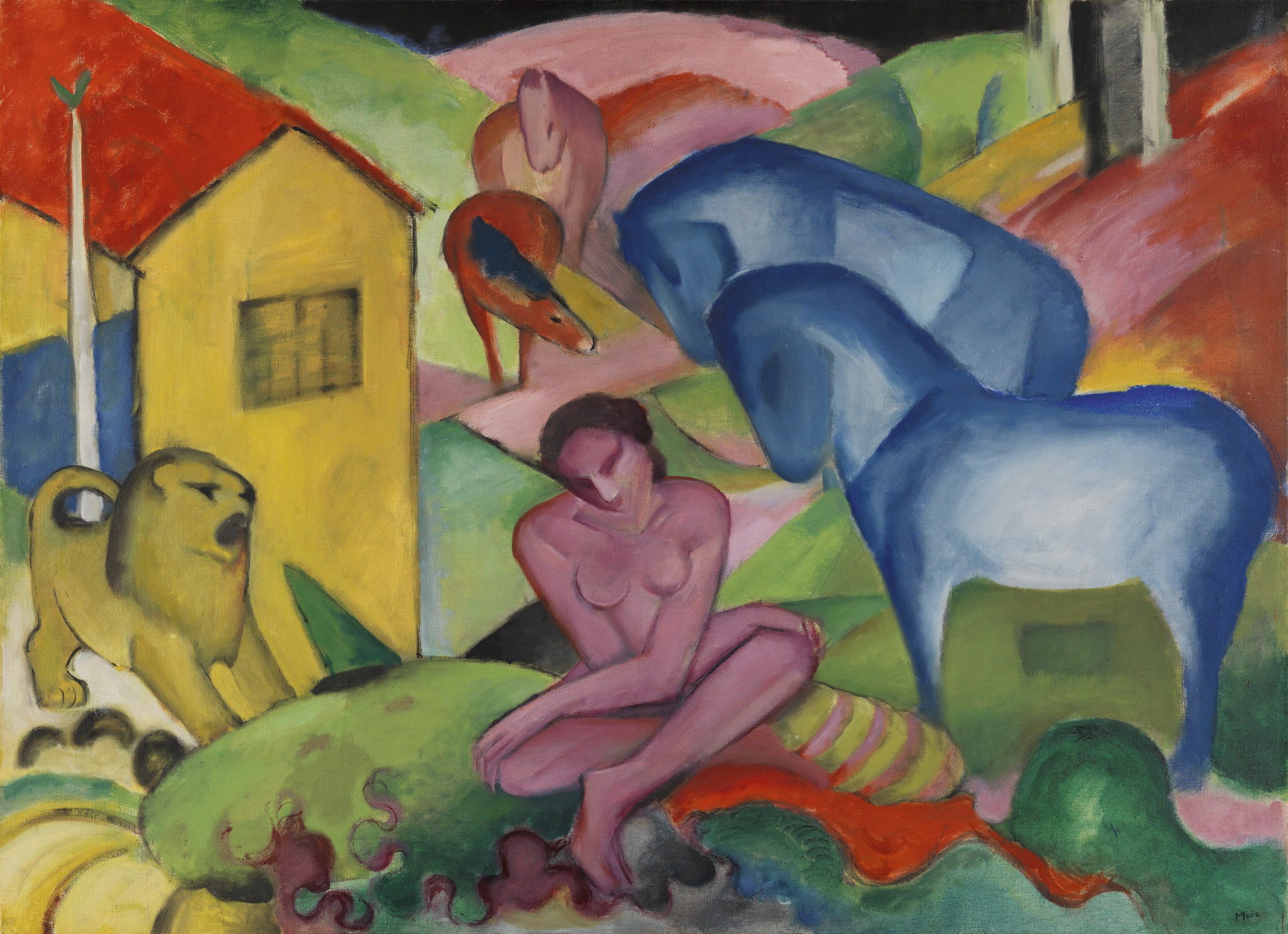 The artistic expression of the German artist perfectly reflects his spiritual quest, philosophy, desire for simplicity, and laconism. He began with a passion for Jugendstil (German Art Nouveau), where he liked decorativeness and the two-dimensionality of background. Franz Marc also tried himself in naturalism and realism, post-impressionism and pointillism, but they didn’t convey his ideas. Fauvism was far closer in spirit with bright colors, wildness, and emotionality. But most of all, Franz Marc found himself in cubism and futurism, which transformed over time into abstractionism.

All his creativity was a way to abstractionism. Remarkably, the more pain the real world brought to him, the more he moved away from common forms toward pure color and line.