Artist Talk: Tigran Tsitoghdzyan on Addiction to Selfies and Challenges of Art Shipping 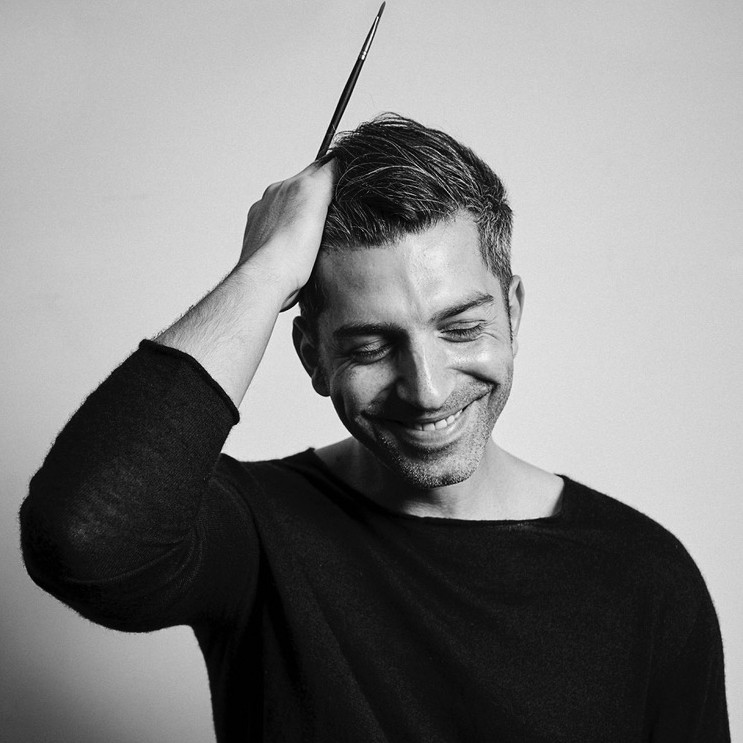 Paintings by Tigran Tsitoghdzyan captivate and provoke; they are enigmatic and straightforward at the same time. We talked to him about one of his most famous series “Mirror” – large-scale black-and-white portraits of women whose faces are covered with transparent hands. What are they hiding and what are they trying to show to the world? The New York-based artist has his answer to this question.

Your art is a reflection on technology and the ongoing changes in society. What aspects are you particularly interested in?

I have always been drawn to portraits, images of people, and how they have evolved over the course of art history. That’s why the selfie phenomenon, which was made possible by the advent of smartphones, was so interesting to me. In the past, there were only a few great masters who could boast self-portraits, whereas today it has become mainstream.

At some point, I started to notice that the photos of women on social media all look the same and are no longer real. And people have actually gotten used to the idealized, perfected image of themselves. This leads them to deny reality, they don’t want to see it. I have talked to many women from different parts of the world about the photographs they post on social media and how they perceive and feel about them. One woman from Iran, where they are not allowed to publish photos of themselves, told me that it was common practice to post pictures of celebrities on Instagram instead. And then at some point, they come to associate themselves with that celebrity. 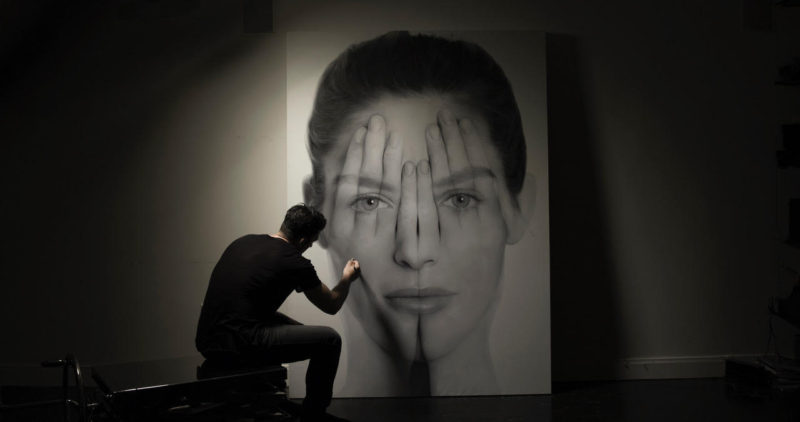 Tigran Tsitoghdzyan is working on the “Mirror” series

All this gave me the idea for a series of portraits exploring the theme of beauty. While working on the paintings, I kept hearing them say, “I don’t look good today,” “I didn’t sleep enough last night,” or “I have put on some weight.” So I started to depict them the way they wanted and became something like a plastic surgeon. And the transparent hands covering the face that appear in all the works in the series are that social filter through which they want to see themselves.

How long have you been working on the series?

For ten years. I started the series in 2012 when selfies became a new trend. I’ve painted about 40 portraits by this point. Each time I chose a subject that interested me, most of them are my friends and people I know.

All your works are oil paintings. Why did you choose this medium as your artistic tool? 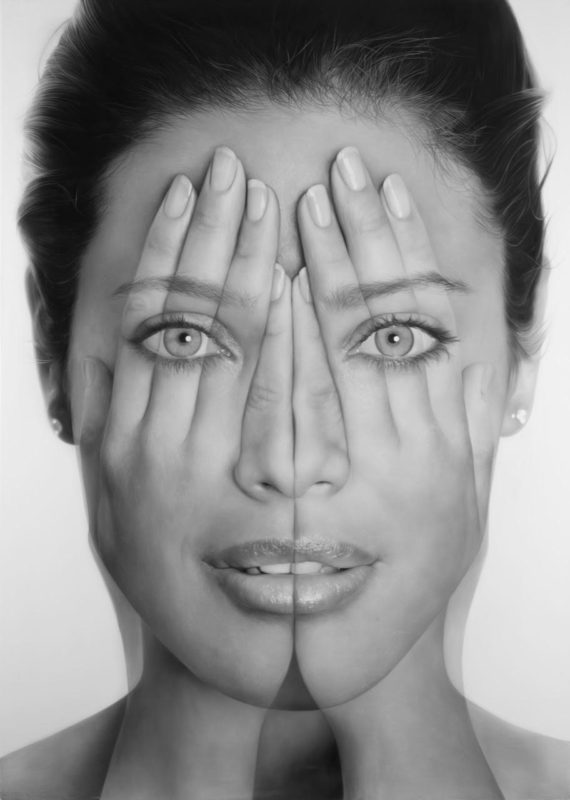 I really enjoy the process, I love painting and have worked with oils all my life. I work with glazes and layers like the Old Masters – that is, I use old tools to make modern paintings. Since painting takes a lot of time, it is a kind of counterbalance to the fast pace of time, the instant availability of everything, and the acceleration of technology, which aims to achieve maximum results with a minimum of effort and knowledge. I always want to swim against the stream. Oil painting is my way of doing that. When I studied at the Ecole cantonal d’art du Valais in Switzerland in the early 2000s, oil painting was considered completely outdated. Everyone was doing performances and installations, and I was looked at like a dinosaur. Now figurative painting has been rehabilitated, but back then I had to prove that it had a right to exist.

As an artist, you often have to transport your artwork. What art shipping challenges have you faced with your works? What is important to you when transporting art? How have you overcome the problems?

All of my works are large-scale, and this is the greatest challenge. I used to make paintings that did not fit in the elevator. I live and work in a high-rise building, and once I had to carry a painting down the stairs from the 10 floor. I suffered for 45 minutes with a huge painting in my hands that I could not turn because of the railing and the pipes that could pierce the work if I moved it awkwardly. Finally, I managed, millimeter by millimeter, but it was hard. After that, I started painting pictures that fit along the largest diagonal in the elevator. This is the biggest problem for an artist in a modern building who wants to work in a large format.