What Is the Difference between Contemporary and Modern Art? 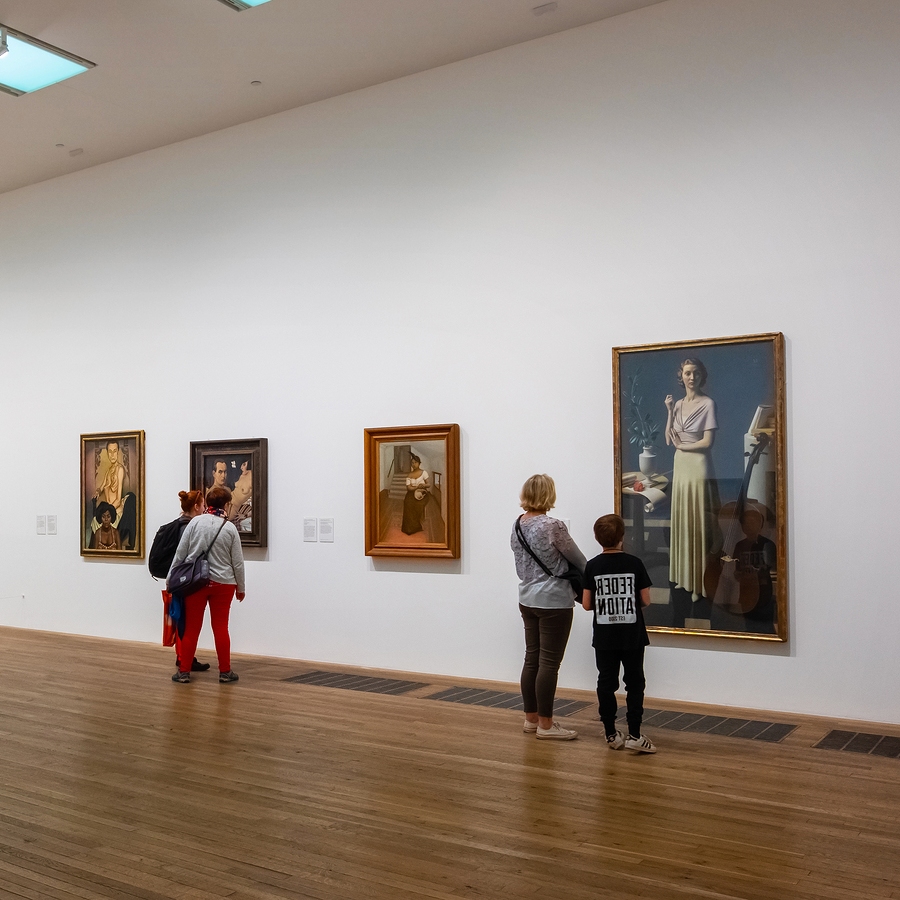 We live in the 21st century, the century of contemporary art. Hearing this, one can ask a reasonable question. Why is today’s world of art labeled as contemporary? And what is modern art then? The answers to these questions are quite complex. It is common to confuse these two terms due to their almost identical meanings. For this reason, we want to dedicate this article to the exploration of contemporary and modern art to figure out the real difference between them.

As stated above, modern art has its roots in the past. It includes the period of artistic work produced approximately from the 1860s to the 1970s. Modern art followed Romanticism, Realism, and Impressionism, and was distinguished by fresh ideas about the functions of art and nature of materials. One notable art critic Clement Greenberg once said that “the first real Modernist” was Immanuel Kant, but this statement is still open to debate.

Contemporary art is related to more recent artistic production. It is the art of today, which appeared in the second half of the 20th century, following modern art. Artists who worked or work within this period automatically become contemporary, and their works are considered contemporary art though the boundaries of this art form are not fixed yet.

The next question is how to distinguish contemporary art and modern art?

People recognize art by its style. Sometimes, it is possible to figure it out just by looking at the artwork with the unaided eye; sometimes, it is not that simple. However, for experts, stylistic differences between contemporary and modern art are considerable. Modern art, for example, has numerous shades of Expressionism, Impressionism, Post-Impressionism, Fauvism, Cubism, Surrealism, and other styles, with all their many distinguishing features. Contemporary art is hazier and vaster in terms of style. The whole idea of its style goes like the protest against the traditional artistic canons, including those of modern art. ‘Unparalleled’ is probably the best word to describe the uniqueness and boldness of contemporary art. Besides, let’s not forget about the benefits of the technological progress, which are frequently used by contemporary artists in their work.

The focus is what makes all the difference. The incentives for creation art in these periods are hardly the same. Here we face the dilemma of two highly discrepant generations. The most notable modernists, such as Vincent van Gogh, Paul Cézanne, Pablo Picasso, and Edvard Munch, used art mostly to express their internal worries and feelings. For example, Picasso’s most famous paintings are nothing but his personal sense of beauty. Thus, the work of a modern artist is almost always an integral part of their individuality.

Contemporary artists are the sons and daughters of the war, globalization, and fast-paced world. This explains why their art focuses on external things. They try to be objective in reflecting on the problems of humanity. You cannot go wrong if you call contemporary art society-orientated because even the most notorious and controversial artworks bear a strong message to people.

Hopefully, the given explanation will help you understand the difference between contemporary and modern art and define the value of each of them more accurately.