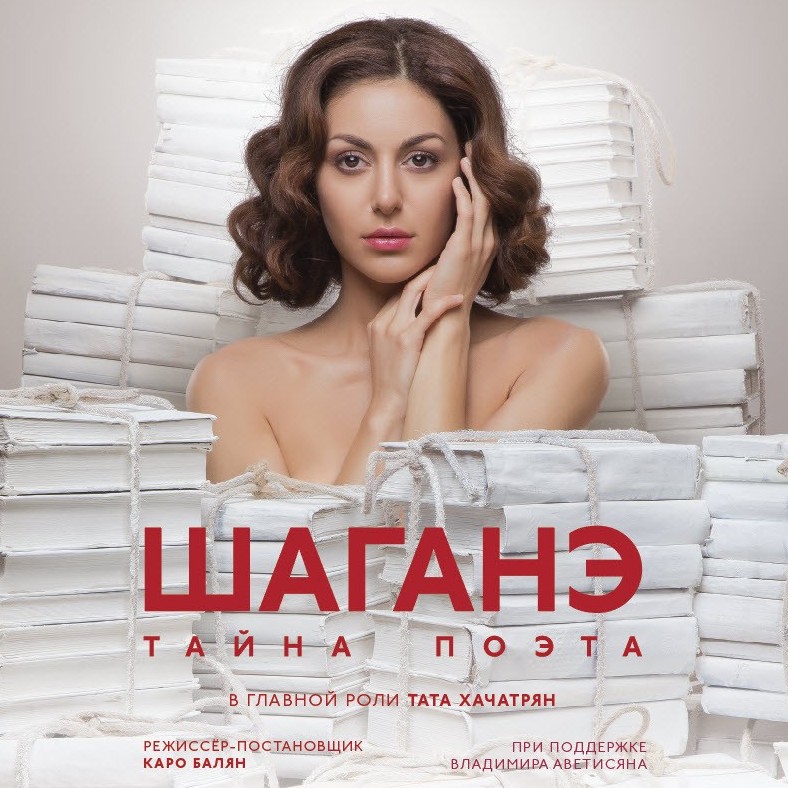 Fine Art Shippers is pleased to share the amazing news that Tata Khachatryan’s new mono-performance “Shagane. The Secret of the Poet” is coming to St. Petersburg this February. The story of the mysterious eastern woman who inspired Sergei Yesenin to write his famous “Persian motifs” will be brought to life by the talented Russian actress on the stage of the legendary Alexandrinsky Theatre, Russia’s oldest national theatre opened in 1832. The premiere will be held on February 7, with an additional performance on February 8.

“Shagane. The Secret of the Poet” is the first mono-performance in the career of Tata Khachatryan who also acts as the producer of the show. It was first introduced in October 2019 in Yerevan, Armenia, on the stage of Hakob Paronyan State Musical Comedy Theater, and was a huge success.

“Shagane. The Secret of the Poet” tells the story of Shagane Talian, the muse of the 20th-century Russian lyric poet Sergei Yesenin, whose life remained hidden from the public eye for a long time. It shows the events of the turbulent 1920s and the struggle of the young woman for the right to be herself, shedding light on her fateful meeting with the prominent Russian poet. The performance is directed by Karo Balyan, an artistic director of the Yerevan International Shakespeare Theater Festival and teacher at the Yerevan State Institute of Theater and Cinema.

About the Alexandrinsky Theatre

The Alexandrinsky Theatre is another name of the Russian State Academic A.S. Pushkin Drama Theatre located in a historic building in the center of St. Petersburg. Being part of the world’s theatre history and a symbol of the cultural capital of Russia, it has seen such great people as Alexander Pushkin, Pyotr Chaikovsky, Anton Chekhov, Leo Tolstoy, and Fyodor Dostoevsky, along with numerous royal persons from all over Europe. Now, it is turn for Tata Khachatryan to show her brilliant talent on the stage of this important theater.