“Shagane. The Secret of the Poet” Starring Tata Khachatryan 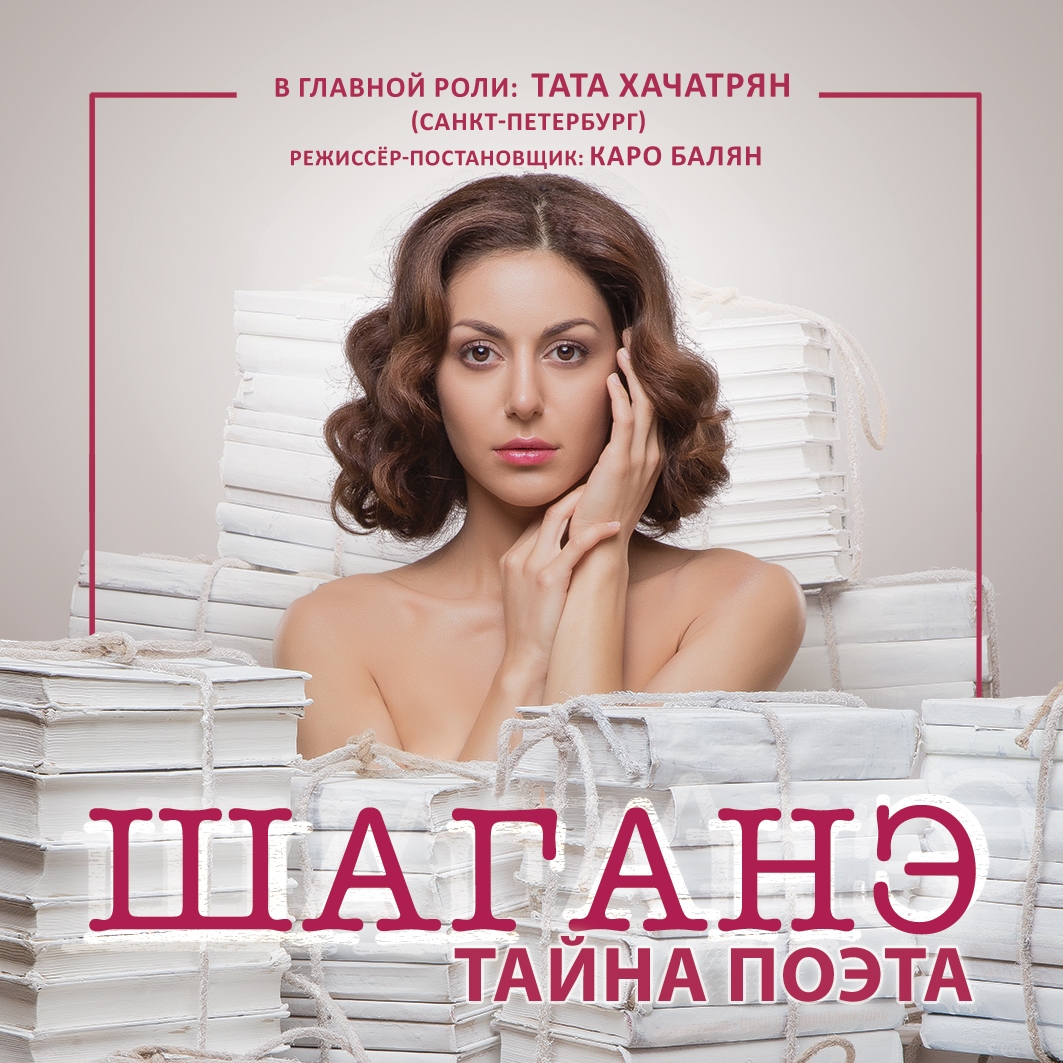 Sergei Yesenin is one of the most important and renowned Russian poets of the 20th century, whose beautiful lyric poems are now set to music and taught to Russian schoolchildren all over the country. You have probably heard of Yesenin’s famous poetic cycle “Persian motifs.” But did you know that this series of works was created by the poet during his trip to the Caucasus in the mid-1920s? At the time, Sergei Yesenin met Shagane who became his inspiration for the main heroine of the cycle. The story of this mysterious eastern woman is told in a mono-performance “Shagane. The Secret of the Poet” starring the talented Russian actress from Saint Petersburg, Tata Khachatryan.

Tata Khachatryan in “Shagane. The Secret of the Poet”

“Shagane. The Secret of the Poet” is a new mono-performance inspired by the life of Sergei Yesenin’s muse Shagane, her fight for the right to be herself and desire for freedom. The poetic image of the heroine will be embodied by Tata Khachatryan, one of the most promising Russian actresses, who is also a producer of the upcoming performance. Tata is a very talented actress whose incredible acting skills are sure to force the audience to completely immerse themselves in the story and become part of the performance, revealing both the inner world of Shagane and the secret of the poet.

“Shagane. The Secret of the Poet” is directed by the Armenian actor and director Karo Balyan. The mono-performance will take place on the stage of Hakob Paronyan State Musical Comedy Theater, one of the best theaters in Yerevan, Armenia, which was founded in 1941. The premiere will be held on October 14, with additional performances on October 15 and 16. The tickets can be purchased at toms.am.