Defending Art and Freedom: The Life and Collection of Kenda and Jacob Bar-Gera 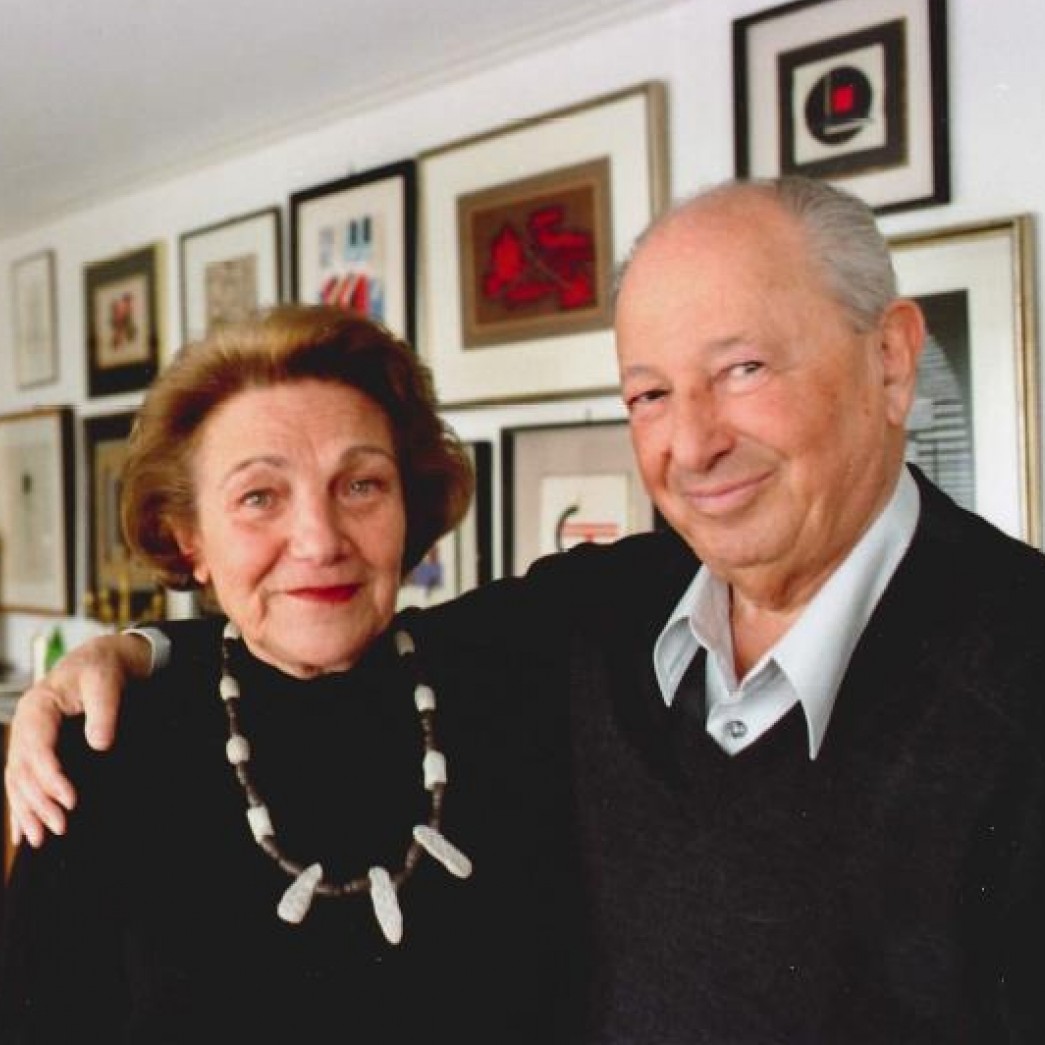 For the first time ever, a book tells the story of Israeli art lovers, Holocaust survivors who lived and worked most of their lives in Cologne and brought together a unique collection of Russian non-conformist art.

True to its mission to preserve and promote art in danger of being lost or forgotten, Fine Art Shippers has become a major partner in the bilingual edition of Israelis from Cologne, Defenders of Russian Art: The Life and Collection of Kenda and Jacob Bar-Gera. The book written by Dr. Alek D. Epstein and Sofia Birina, which is scheduled for release later in 2022, tells the story of the prominent Israeli collectors who lived in Cologne and collected works by persecuted Russian artists at a time when there were no diplomatic relations between either Israel and Germany or between Israel and the USSR.

The Russian edition of the book will be issued by the acknowledged Dean publishing house in Saint Petersburg, whose book series The Avantgarde on the Neva River is known to connoisseurs of independent Russian art all over the world. Another Alek D. Epstein’s monograph, entitled Enthusiasts of Montparnasse: Artistic World of the Russian/Jewish Paris, was issued by the same publishing house two years ago. The English version of the new book, translated with the skillful assistance of Sergey P. Brun, is planned to be published in Israel.

The History of the Bar-Gera Collection

The collection was formed between 1967 to 1991 by the Polish-born Israeli couple, Kenda and Jacob Bar-Gera. In the 1960s, they founded a gallery in Cologne, which became an important representation of independent and uncensored Russian art in Western Europe. Their collection was one of the three major collections of Russian non-conformist art outside the Soviet Union, along with the collections of the American economist, Maryland University Professor Norton T. Dodge, and the French art collector Jean-Jacques Guéron.

It contained works by a variety of artists spanning all the styles that existed in Russian non-conformist art during the Cold War. These included names such as Ilya Kabakov, Mikhail Shvartsman, Oscar Rabin, Dmitry Krasnopevtsev, Dmitry Plavinsky, Vladimir Nemukhin, Oleg Tselkov, Vladimir Yankilevsky, Grigory Bruskin, and many more. At that time, no Russian museum had such a high-quality and extensive collection of non-conformist art of the post-Stalin era as Kenda and Jacob Bar-Gera.

The collection only became a fact of Russian cultural life in the second half of the 1990s when it was shown by the Russian Museum in Saint Petersburg, the Tretyakov Gallery in Moscow, and later by the Samara Art Museum. Later large exhibitions took place at the Städel Art Museum in Frankfurt, the Museum of Modern Art in Verona, Kunstmuseum Bern, and the Slovak National Gallery in Bratislava.

Based in Cologne, Jacob and Kenda Bar-Gera maintained close ties with Israel where their children lived and whom they often visited. Following Jacob’s death in January 2003, Kenda moved back to the Jewish State where she spent the remaining nine years of her life. That same year, she organized the first major exhibition of the collection in Israel, which inaugurated the city of Ashdod’s new art museum.

Although Jacob and Kenda Bar-Gera were willing to donate the collection to the State of Israel, their noble offer was neither accepted, nor appreciated. The city of Ashdod even broke a signed agreement with the Bar-Gera’s. After the death of Kenda Bar-Gera in 2012, the couple’s two daughters and son tried to find a museum that would accept the entire collection, but without success. In 2016, most of the collection was auctioned off at Sotheby’s and dispersed around the world. 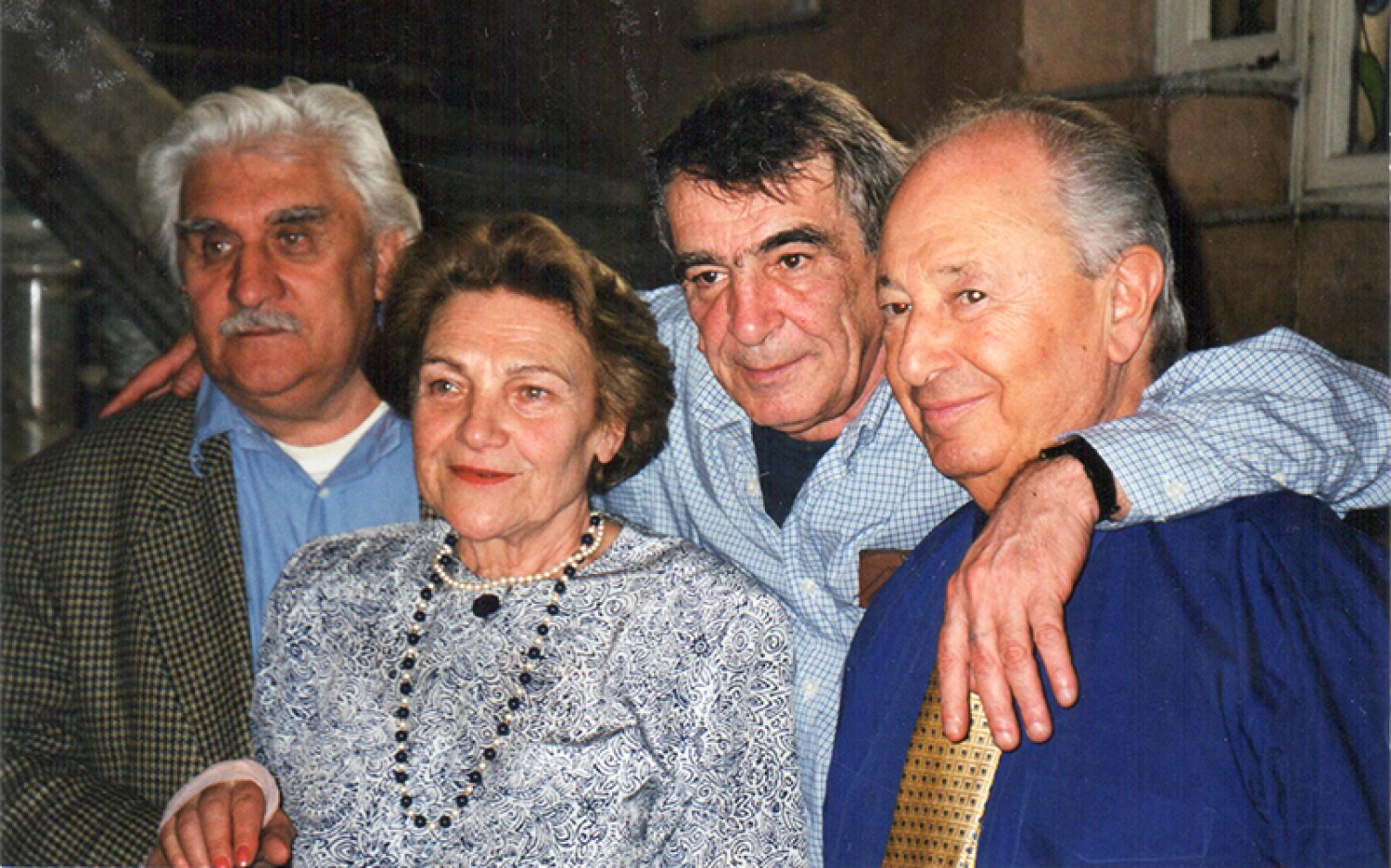 The Significance of the Collection

While public interest in private collections is growing, the Bar-Gera collection is greatly underestimated. The collections of dedicated art lovers such as Pavel Tretyakov, Ilya Ostroukhov, Sergei Shchukin, Ivan and Mikhail Morozov, George Costakis, or Leonid Talochkin, against all odds, have found their way into major museums and art institutions. They have been lucky to get the attention of both professional art historians and the general public.

The collection of Kenda and Jacob Bar-Gera, which is of no less artistic and cultural significance, had a different fate. The book is not only a commemoration of their memory and an acknowledgment of their role but also a detailed research project contributing to the study of Russian cultural history and the understanding of the complex Israeli-German and Israeli-Russian relations.

Today, the Bar-Gera collection and its founders have been largely forgotten. This book is the first comprehensive research dedicated to this important phenomenon on the intersection of the Israeli, Russian, and German cultures. Fine Art Shippers does its best to defend art and is proud to be able to pay tribute to those who were motivated by the same mission.

The research for the book is conducted with the support of Jacob and Kenda Bar-Gera’s children: their daughters, Rivka Sum and Shlomit Feiner, living in Israel, and their son, Dov Bar-Gera, based in Switzerland. They kindly provided unique archival materials that have never been covered in previous publications.

Alek D. Epstein (Ph.D., Hebrew University of Jerusalem, 2001), an initiator of the current project, is an acknowledged art expert and sociologist of culture. He has published extensively on the École de Paris artists and their supporters, authored two monumental volumes on the legacy of Holocaust in the Israeli art, issued by the Jewish Society for the Encouragement of the Plastic Arts, and dedicated several books to the outstanding artists of the Russian Jewish Diaspora, including Oscar Rabine: A Life Captured on Canvas that was selected by the Kandinsky Prize jury as one of the three best books in contemporary art published in 2016.

The head of the Contemporary Art Department of the State Russian Museum Dr. Alexander Borovsky and the Deputy Director of the Samara Arts Museum Dr. Tatyana Petrova, who took an active part in organizing various exhibitions of the Bar-Gera collection, contributed to the book as well.