Artist Talk: Michael Levchenko on War, Peace, and the Power of Image 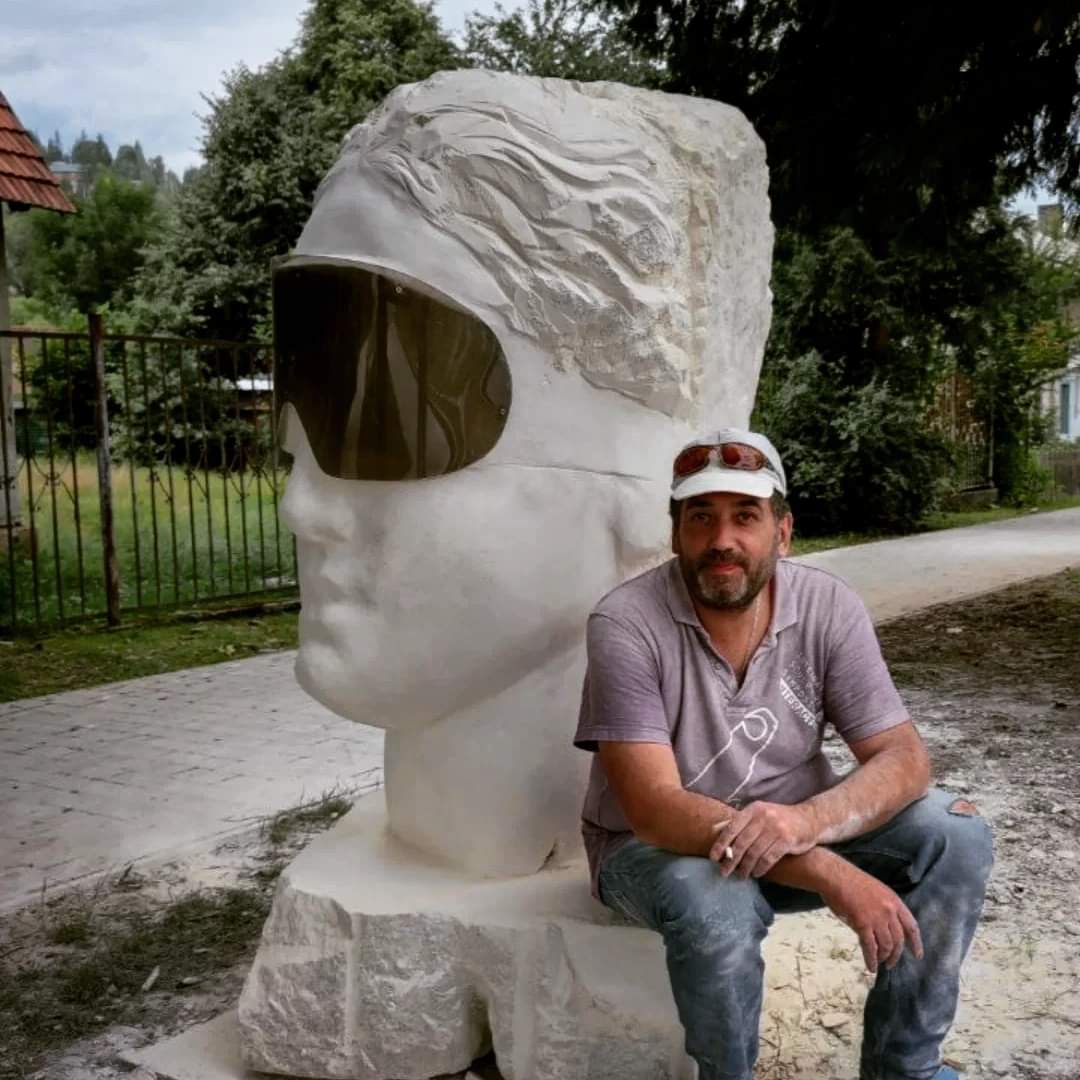 Michael Levchenko is a Ukrainian sculptor, painter, and art director whose works are in private and public collections around the world. In 2019, he was featured in the Ukrainian Pavilion at the 58th Venice Biennale. Now during the 59th edition of the world’s most celebrated and prestigious art show, the artist found himself a war refugee in Europe.

We talked to him about what happened to him in the first days of the war, about his experience as a refugee, and his view of art and modern society.

Artist Talk: Michael Levchenko on War, Peace, and the Power of Image

You were in Ukraine when the war began. What were the first days of the war like for you?

I was in Kyiv. When the bombing started, I took shelter in the subway. There were already many people there, they had already begun to put up tents. The next day I went to the train station, which was full of people trying to escape. I was lucky enough to get on a train that was going to the Carpathian Mountains in western Ukraine. Some friends of mine had gone there to ski just before the war, and I stayed with them for a few days.

There I reported to the Military Registration and Recruitment Office, because all men had to do so within 24 hours. Back in the fall of 2021, I seriously injured my leg. For several months before the war, I had undergone multiple treatments that were not good and did not really help. In February it still hurt, I could not walk without pain, and I was trying to figure out where I could get the appropriate medical assistance. And then the war broke out… After spending three days in the Military Registration and Recruitment Office, I was deemed unfit for the military and given permission to leave the country. Then I went to Germany and from there to Luxembourg. In total, my journey from Kyiv to Luxembourg took twelve days. 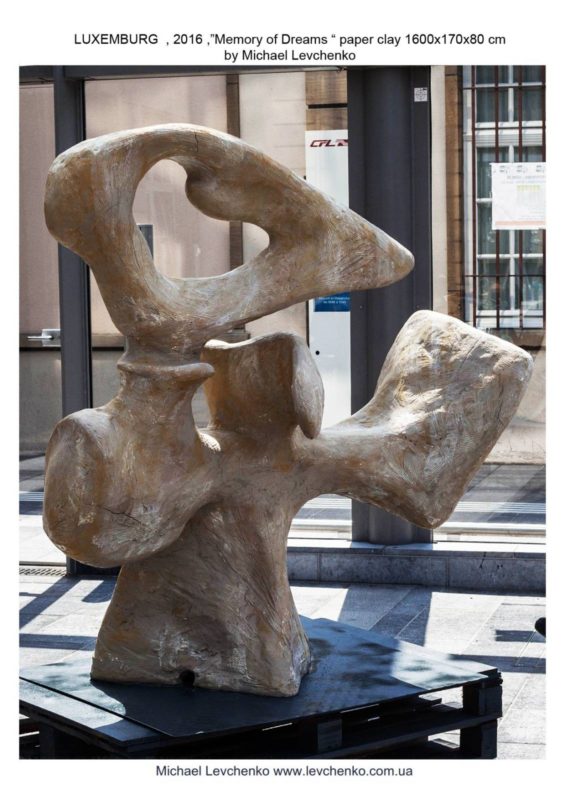 Do you have someone in Luxembourg?

I represented Ukraine twice at international festivals in Luxembourg, so I have friends and colleagues there. Since I needed medical help for my leg, I had only Europe as an option. Although I have relatives in America and a valid US visa, I did not consider it because the treatment there would be too expensive. Here I get free treatment and food. Now I am still in the hospital, but I will leave it soon. I am feeling better already, even started working on a new sculpture here.

How do you see your future now? Will you stay in Luxembourg?

I receive a small allowance. As a refugee, I am allowed to work here. Just a few days ago, friends brought me to Antwerp for the opening of the exhibition of a gallery with which I cooperated. I also have an invitation to an exhibition in France.

Overall, a lot is being done for the integration of refugees here. For example, they are offered language courses, children can go to school from day one. This is the state support, but above all people are very helpful and warmhearted. They help with the children and take care of the pets – many Ukrainian families came with their animals – and offer every support they can.

At what point do you choose the material for the sculpture? When you have an idea for a specific artwork, do you know from the beginning what it will look like?

I often make several works in different mediums. Generally, for the last 15 years, I have designed all of my projects in 3D. And then when I start shaping them with my hands, the idea takes the final form. During the pandemic, I also tried 3D printers that can do laser cutting, which is all very interesting. 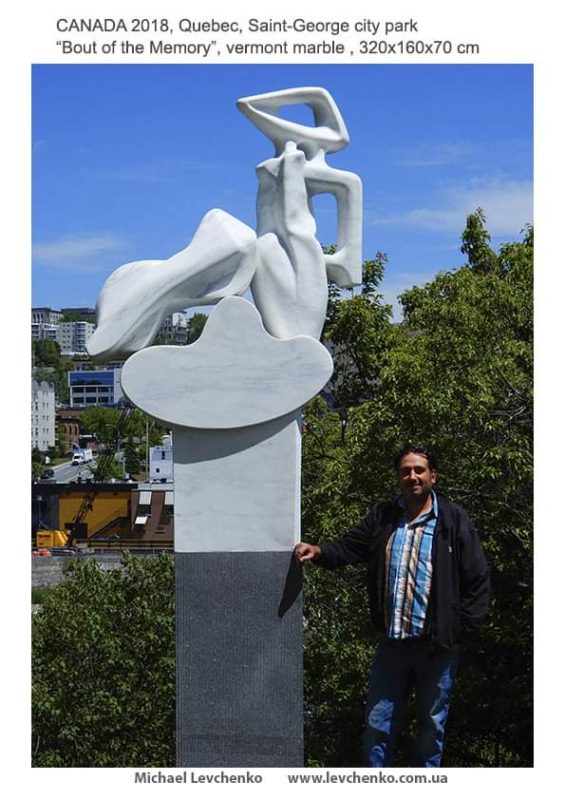 Why do you think people need art in their lives?

I would say that I am disillusioned with the power of art in general because I have realized that we are not able to change the world. I mean – I am living my life, making my art, and then, in one moment, everything is destroyed. Some of my sculptures are in Ukraine, and I do not know if they are still there or not. But not only that. Propaganda is everywhere, even in the West, and people are too lazy to analyze and think critically. As a result, they are manipulated.

And yet never before did we see so many artists, art institutions, and initiatives as in our time.

Today there are a lot of rich people who consume art, and that’s a good thing. So we see a distinction – quality art for elites and mass culture for everyone else.

At this stage in life, what are your aspirations as an artist?

I consider myself more of a traditional artist, leaning toward the 20th century. But I also want to work with new technologies and multimedia. I am excited about virtual reality and want to explore the possibilities it offers. I think if Leonardo da Vinci had had a computer, I am sure he would have tried that. Overall, what matters for me is the strong image, regardless of the medium. After all, the power of the image is something special. Most of the time you can’t explain why the image captivates you, but you know for sure that it speaks to you. That’s what I am trying to achieve with my art. And I am still on the way there.

Photo courtesy of the artist