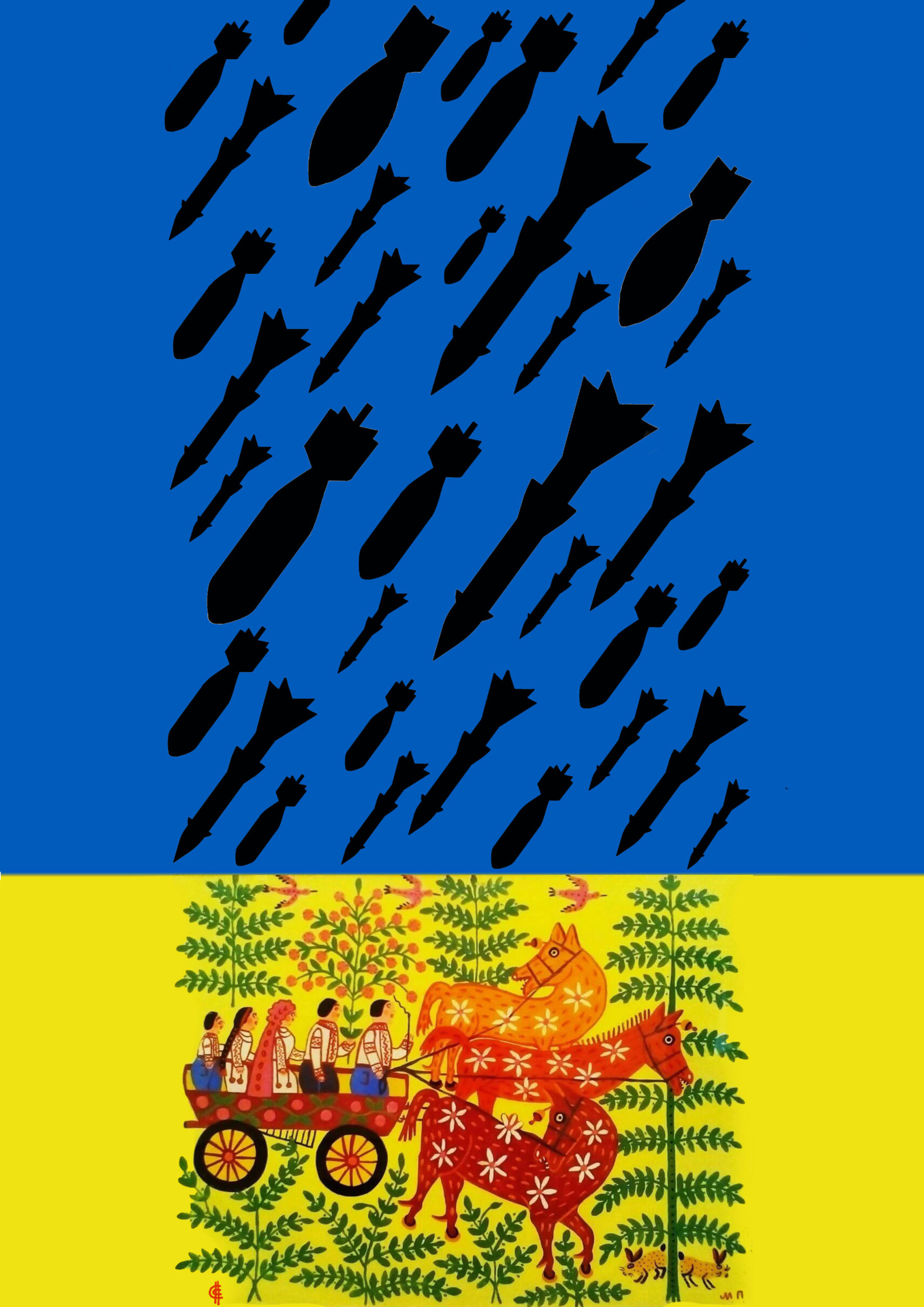 As Russia continues its aggression in Ukraine, more and more international artists are expressing support for the Ukrainian people and an anti-war stance in their works, from street performances to video installations and paintings. Ukrainian artists, many of whom did not flee the country and are now witnessing the atrocities of war firsthand, are obviously at the forefront of this movement. The Minneapolis-based Museum of Russian Art (TMORA), which maintains close ties with Ukrainian and Russian artists, has brought together a series of political cartoons created since the beginning of the ongoing war in a new exhibition.

Say No to War: Political Cartoons by Ukrainian and Russian Artists

The pop-up show, titled “Say No to War: Political Cartoons by Ukrainian and Russian Artists,” will be on view from April 20, 2022, till the end of the war. The exhibition will feature works by renowned cartoonists, including Ukrainian artists Oleg Goutsol, Victor Holub, Oleksiy Kustovsky, Valery Momot, Yuriy Pogorelov, Andrey Feldshteyn, Sergey Sychenko, and Russians Viacheslav Shilov, Denis Lopatin, and Alesha Stupin.

“This selection of works by masters of the political cartoon is an immediate and emotional response to the war of aggression unleashed by Putin’s regime,” says the museum’s chief curator Dr. Masha Zavialova. “Many of the artists are in Ukraine at the moment, using their art to keep up the spirit of the people amidst the horror of modern war. These fascinating artworks are sad, scary, and humorous – all at the same time. They are also witty and smart: they will draw you in to get the gist of the joke and share the emotion.” 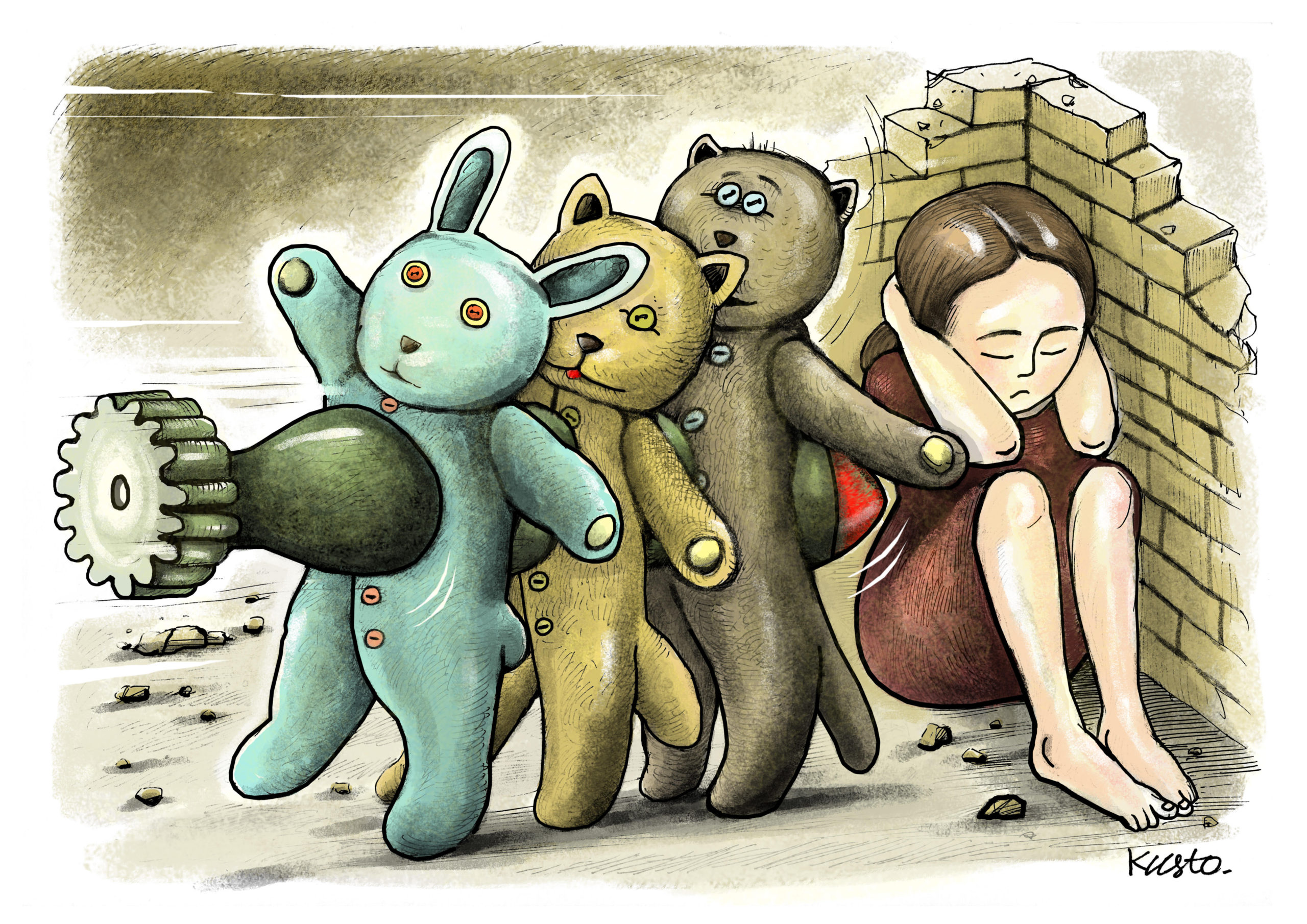 Some cartoons show scenes from the occupied territories where civilians are escaping bombs in an underground shelter (Oleksiy Kustovsky). Other works, such as one by Sergey Sychenko are statements referring to Russia’s imperial ambitions aimed at negating Ukraine’s sovereignty. There is also sharp political satire, for example, a cartoon by Viktor Holub, depicting Vladimir Putin in a bunker hit by a missile labeled “Sanctions.”

The project is a collaboration between TMORA and the award-winning Minnesota cartoonist and book illustrator Andrey Feldshteyn who reached out to artists in the early days and weeks of the war and asked them to contribute their work to this exhibition, which was met with a positive response.

The Art World Against the War

Since the beginning of the war, artists and cultural institutions around the world have pledged their support to Ukraine and launched a series of initiatives condemning Russian aggression. 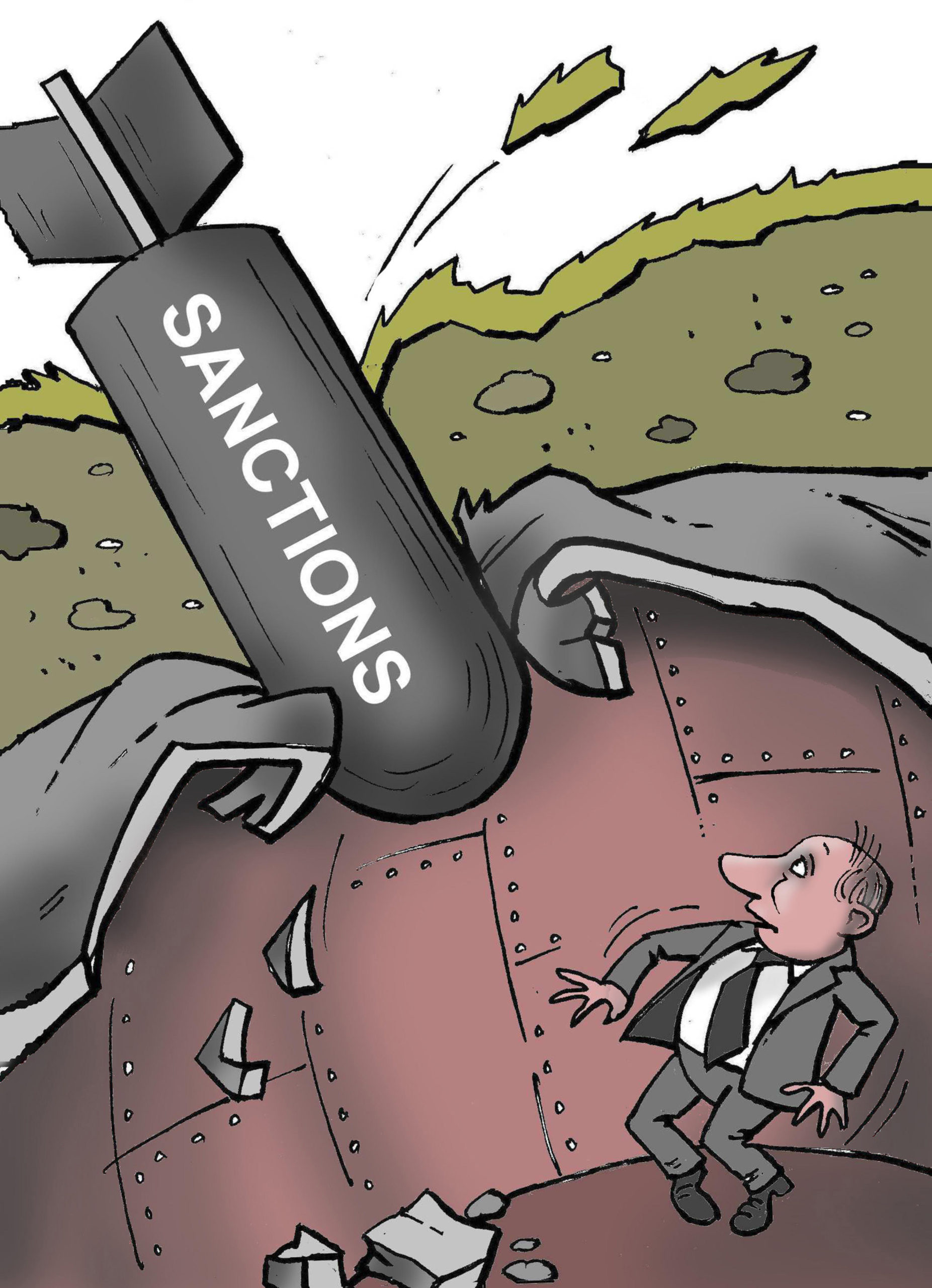 Marina Abramovic announced the redesign of her legendary performance “The Artist is Present” and auctioned off two seats opposite her, with the proceeds going to a non-profit organization assisting Ukrainians.

The French street artist JR rolled out a 148-foot photo installation in front of the National Opera in Lviv, showing the five-year-old Ukrainian refugee Valeria. The image of the girl, who has become a symbol of Ukrainian resistance, was featured on the cover of Time magazine.

The Museum of Modern Art in Warsaw has brought together a team of volunteers to coordinate efforts to provide material and psychological support and language training to Ukrainian refugees. The museum is also preparing the anti-propaganda publication Sunflower Power.

New anti-war projects and initiatives are emerging almost every day.

Photo courtesy of the Museum of Russian Art