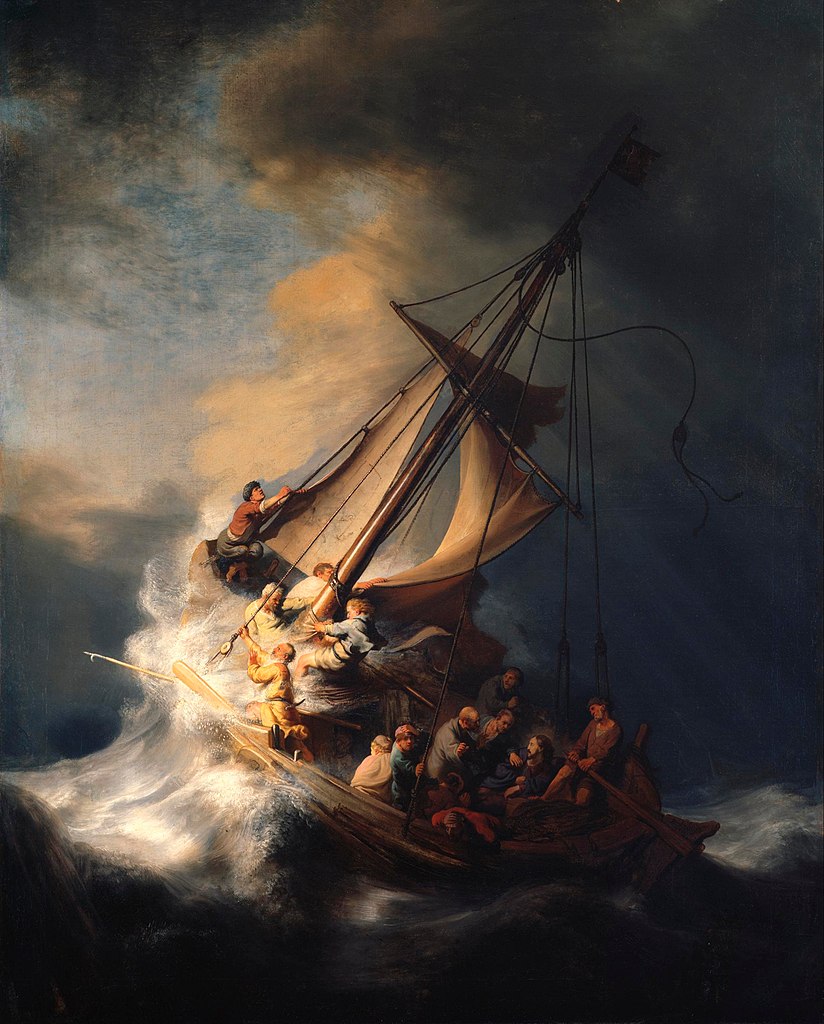 Fine art has an immortalizing effect. Moreover, it plays a crucial role in our society, touching every aspect of our lives, from science and religion to politics. What if we never see such paintings as “The Birth of Venice” by Sandro Botticelli or “The Last Supper” by Leonardo da Vinci? Most likely, many things in our life would be different. Oil paintings, large sculptures, and other pieces of the past give us a sense of our history. Unfortunately, when it comes to the world of fine art, looting is big business. From Adam Worth, who is considered the prototype for Professor Moriarty in Arthur Conan Doyle’s Sherlock Holmes stories, to Vincenzo Peruggia, the man who stole Leonardo da Vinci’s “Mona Lisa” in 1911, fine art thieves often try to deprive us of our heritage. Luckily, some of the important paintings like “Mona Lisa” are found; others are still unlocated. We have compiled a list of the world’s most famous stolen fine art pieces you should know about.

“The Storm on the Sea of Galilee” by Rembrandt van Rijn

Rembrandt’s only seascape (pictured) was among oil paintings stolen from the Isabella Stewart Gardner Museum of Boston in 1990. The combined value of all pieces is estimated as high as 500 million dollars. This brazen heist is called America’s biggest fine art theft remaining unsolved. The current location of the paintings is, unfortunately, unknown.

“The Concert” by Johannes Vermeer

“The Concert” created by Vermeer in 1664 is another painting stolen from the Isabella Stewart Gardner Museum. Estimated at over 200 million dollars, it is undoubtedly one of the most valuable missing oil paintings in history, the fate of which remains obscure.

This amazing piece of modern abstract art by Picasso is not the first to be stolen. However, this one is likely to be never found. The fact is that after it had been stolen along with five other oil paintings from the Musee d’Art Moderne de la Ville de Paris in 2010, this Picasso’s abstract art masterpiece was hurtled by the thief into a rubbish container. Unfortunately, it was emptied before authorities could get to it.

“View of Auvers-sur-Oise” by Paul Cezanne

While everyone was welcoming in the Millennium, a thief broke into the Oxford’s Ashmolean Museum in England and stole one of Cezanne’s most important paintings, illustrating the artist’s transition from early to mature work. This beautiful landscape is still unlocated.

“Charing Cross Bridge” is a series of oil paintings created between 1899 and 1904. One of the versions was displayed in the Kunsthal Museum in Rotterdam until it was stolen in 2012. It is assumed that this valuable piece of Monet’s paintings was burned by the thief. However, there is no solid evidence of this. Other versions of the “Charing Cross Bridge” oil paintings can still be found in many art collections and museums throughout the world. These include the Harvard Museum of Fine Art, the Baltimore Museum of Art, and the Art Institute of Chicago.