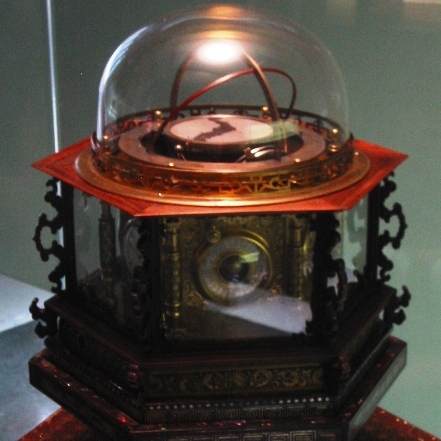 Traditional types of old clocks in Japan differ from the usual models of European watches. First of all, this is due to different perceptions of time. Until the 19th century, the Japanese had their own time system. There were 12 hours a day. Day and night hours were separated and had 6 timelines called the “toki.” The length of toki varied depending on the season: summer nights were longer than winter ones. Because of this specific, common European clocks were adapted for Japanese reality.

According to Buddhist mythology, there is a 12-year cycle. Each year is under the protection of a certain animal. Europeans also use this idea. However, in the Japanese worldview, every animal also has an hour in a day it is responsible for. For example, noon is the rabbit`s hour, the horse is responsible for dawn, and sunset is the hour of the bird. Different types of old clocks in Japan depicted zodiac animals with Chinese characters. Japanese clocks also displayed days of the weeks, seasons, and moon phases.

Japanese types of old clocks were suitable for the local lifestyle that was different from the European one.

First mechanic clocks were imported to Japan by Europeans in the 16th-17th centuries. Japanese studied new technology, learned to work with it, and later, in the Edo period (1603–1868), created their own system. New watches were adapted for the local way of telling the time. Thus, the lantern clocks, which are known as wadokei, appeared. This type of clock perfectly reflects the Japanese seasonal time system because of controlled figures and marks. Such watches are quite rare and highly appreciated.

This watch had a double escapement mechanism, rotating dial, so-called “warikoma,” and two circles of the clock: the inner circle with numbers and the outer circle with animal depictions. The upper half of the circle reflected the daytime, and the lower half reflected the nighttime. Weights on long chains activated the clocks.

Shakudokei had a measuring scale instead of a dial. The hand moving down under the weight indicated the right time point. Such clocks decorated pillars in daimyo residences.

This type of old clock decorated tokonoma alcoves. They were a mark of status and wealth.

Traditional Japanese dresses didn’t have pockets, so all personal stuff was worn in the special cases on the obi belt. Inrodokei was a portable clock inserted into the inro, a small box for pills and stamps. These clocks were an analog of European pocket watches.

After the 1873 Meiji Restoration, the Japanese adopted the European Time System. This was when the manufacture of traditional types of old clocks stopped.