Thomas Heller on Handling and Conservation of Valuable Antiques 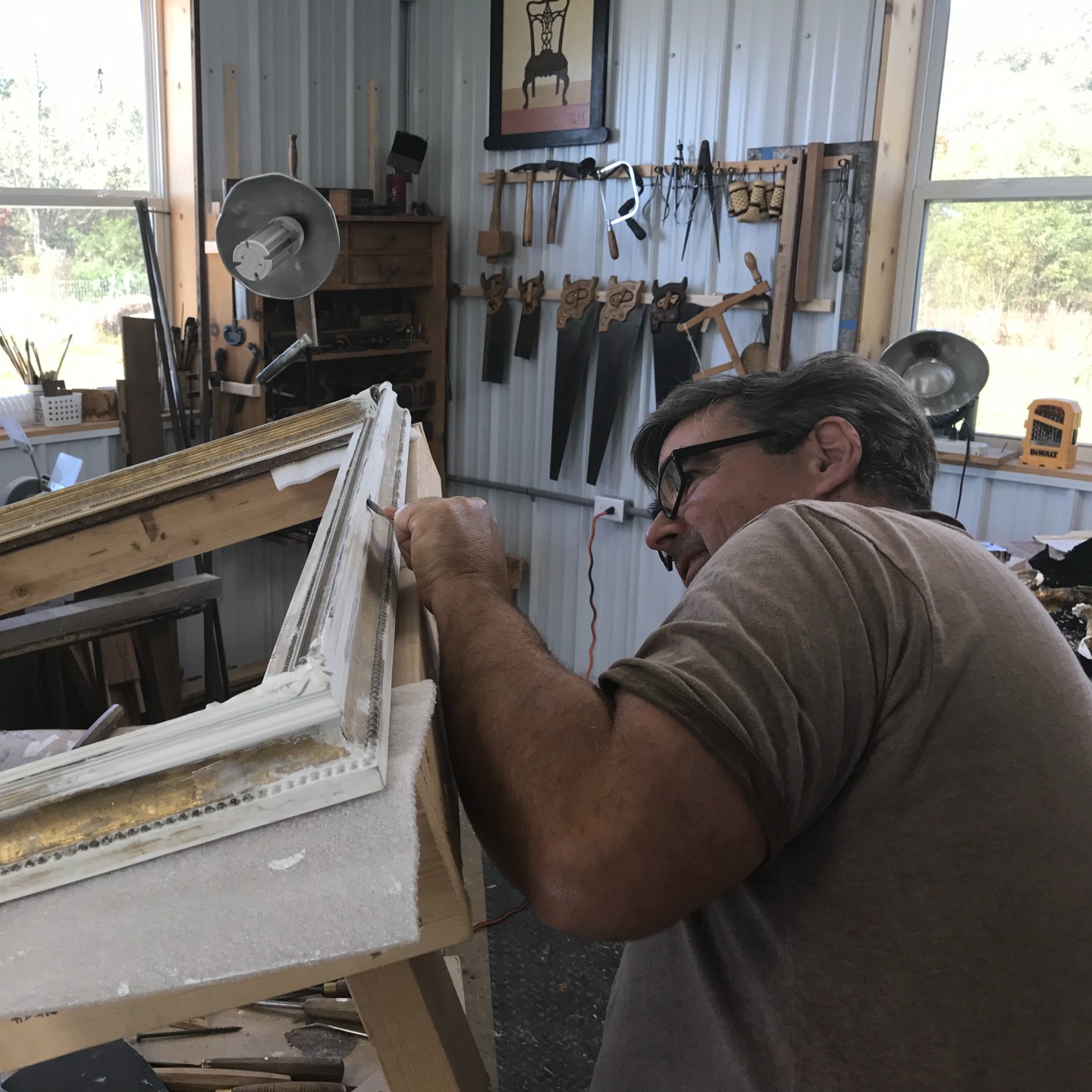 Thomas Heller is a conservator of furniture, wooden artifacts, and frames with almost three decades of experience. Fine Art Shippers spoke with him about ways to preserve and transport valuable antiques and the secrets of conservation.

Thomas Heller on Handling and Conservation of Valuable Antiques

How big is the demand for conservation? What types of objects do you treat most often?

Thomas Heller: My wife and I have a business together; she works on works of art on paper and I work on wooden artifacts. For the last ten years we have been living In Middle Tennessee, near Nashville, and here the demand for paper art is greater than for wood objects. I think that’s simply because of the collecting interests of the local people. The artifacts I work with are mostly furniture, from objects with sentimental value like grandma’s kitchen chairs to historical objects. For example, I am currently working on a dressing table for Belmont University in Nashville that was recently acquired from a distant family member of the people who built the house in the mid-19th century. We work with individual collectors and institutions, both locally and in museums throughout the Midwest and Southeastern United States. Although, we’ll go wherever we are needed.

So you specialize in the conservation of wooden artifacts. What kind of approach is particularly important for wood?

That’s a really interesting question. It depends on several factors. First, whether it’s for a museum or for an individual. If it’s a museum object, it’s kept in special conditions, not touched, whereas a utilitarian object is most often used in everyday life. Therefore, there are different approaches when it comes to structural repairs. For home items, I also take into account personal tastes, such as whether the client wants the piece to be shiny or a little more matte. These artifacts often come damaged or with faded paint due to exposure to light or moisture. There may be traces of spilled hot drinks or alcohol on the tabletop.

Dealing with this damage, I tend to use traditional materials. First, because they have been around for many centuries and we know how they will behave over time. When I have to replace parts, I try to match the wood species as much as possible, although it’s getting harder and harder to do that. For example, the Belmont table I mentioned is rosewood, and currently, there is a ban on importing the type of rosewood that was used in the 19th century, mostly from South America. When working on antique pieces, I try to use the same type of joinery, mortise and tenons, and dovetails that the maker used in the 18th or 19th century. It’s also important to use the same tools and techniques because in the past there were no powerful power tools like we have today, which means that the surfaces would not have been perfectly polished. 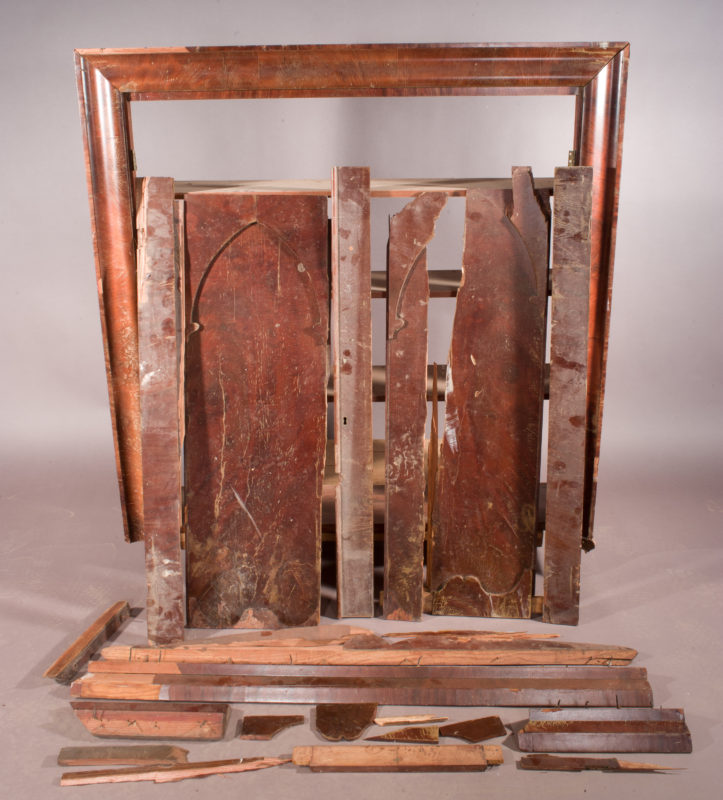 If I have a piece I want to restore, what precautions should I take before and after the conservation treatment?

There are some general rules, such as minimizing contact with moisture, heat, and so on. You should also pay attention to how you handle the object. For example, you should not lean back in a chair, as this puts a lot of stress on the back legs. If you need to lift an armchair you should do so by the seat rails, never by the armrests, as these are the most structurally unstable element. When it comes to cleaning, you should dust the surface every now and then and apply a coat of wax every few years. You should also protect it from direct sunlight to prevent the colors from fading. If you notice insect activity such as droppings or sawdust under a dresser, table, or chair, then you may have an insect infestation. If you feel the joints of a chair are loosening, I highly recommend addressing the problem immediately. If it breaks, it will be more difficult and expensive to repair, especially if it is an old and valuable antique.

In my opinion, the most important thing for the longevity of an object is to keep it in its original form. In this regard, I always recommend having as much information as possible about the condition of the artifact, but at least taking photos of it before it was damaged. This way, a conservator can determine what exactly happened and restore it to its original state. 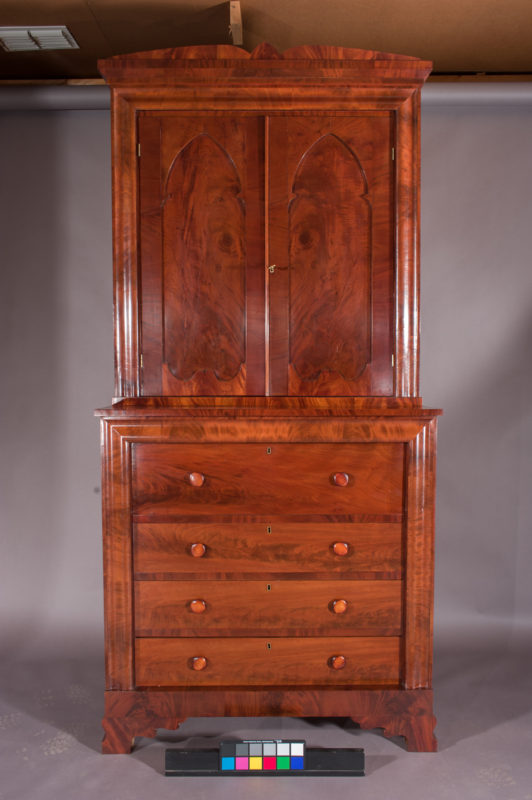 You recently completed a very interesting project – the conservation treatment and restoration of a 19th-century stern eagle from the USS Enterprise. Can you tell us more about it?

The ship was built in the 1870-the 1880s and decommissioned around 1910. It was burned to preserve the metal, but before that, someone removed the stern eagle. It was later acquired by the Davis Tennis Club in St. Louis and remained there for many years before being purchased by the current owner about ten years ago. His father served on the USS Enterprise during World War II, therefore the piece has sentimental value. So I was commissioned to restore the piece. The archivist did some research and we found out that the stern eagle was originally gilded. I restored some of the wing tips but left the charred main part of the wing, which the owner wanted to keep as a testament to the eagle’s life. That’s how it came about, an interesting story.

What should you consider when shipping antiques, namely the type of wooden objects you work with?

That’s a really good point. I have seen some incredible situations where people did not want to spend money on shipping. That’s a big mistake. It usually means more work for me and ends up costing the owner more money. Ideally, you should ship antiques in a climate-controlled truck, depending on the time of year.

But first and foremost, you need movers who know what they are doing. After all, you are not just transporting stuff. The shipper should understand the nature of materials in general and treat each object individually. I did a project four or five years ago for a client who moved from Florida to Atlanta. A lot of his valuable items were damaged in transit. As you may know, moving companies typically try to pack as much as they can into a truck. When it comes to art and antique objects, this usually results in severe damage. That’s why you need people who focus on the safety of the pieces and not on maximizing the space in the truck. This will save you money in the end and help you avoid a lot of problems. 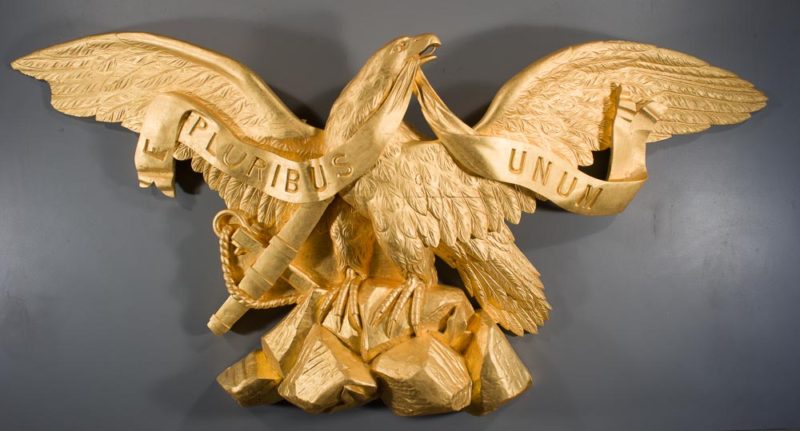 You mentioned climate control during transportation. In what cases would you recommend also using crates for shipping antiques?

Definitely mirrors. Glass and other elements like frames are very delicate, it’s difficult to soft wrap them. Ideally, you put the mirror in a crate and attach it to the back so that it is vertical. In this way, the delicate parts of the frame will not be stressed.

For tables, you do not want to put anything on the tabletop during transport. So a crate may be a viable option. To be on the safe side, I would recommend crating anything of value, especially furniture like chairs and smaller tables that cost hundreds or thousands of dollars.  Pieces of odd shape – not a rectangle, triangle, or square – also require crating. They are much easier to handle this way. Also, consider weather conditions during pickup and delivery, as you want to protect the items while they are being transported to and from the truck.

Featured image: Conservation of antique furniture is both an art and science
Photo courtesy of Thomas Heller