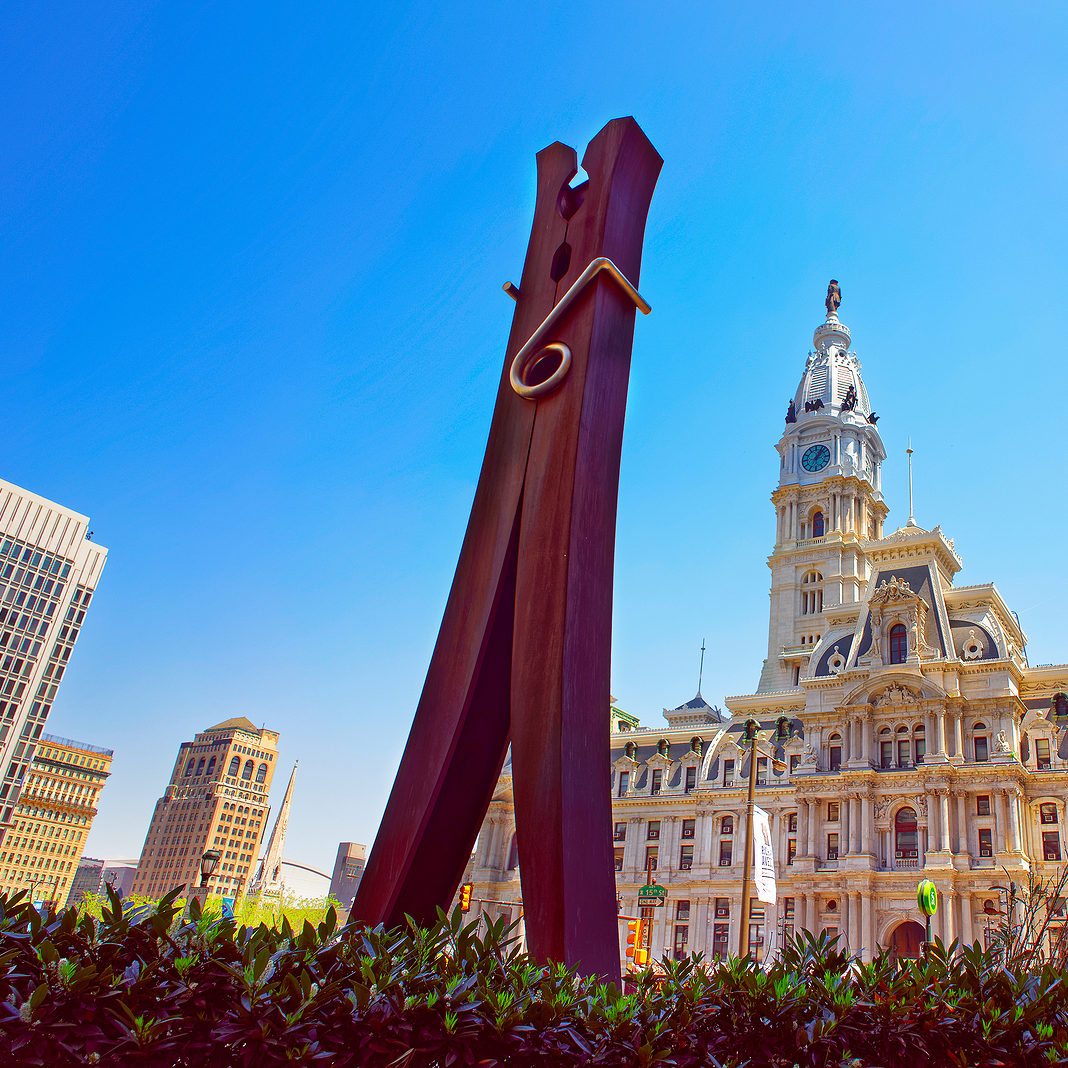 A city is an extraordinal space for creativity. If easel works are pretty autonomous, large art sculptures integrated into the urban environment have much more responsibility. They can`t be separated from the city, often entirely changing its appearance.

A large sculpture, in view of the size, interacts with the spectator and environment in another way than small objects. You can never walk down it.

One of the most remarkable artists creating huge street sculptures is the American sculptor Claes Oldenburg. He is a Pop Art representative, who depicts daily life objects, exposing the realities of consumer society.

Claes Oldenburg started his career as a reporter, making magazine illustrations. He became famous for his happenings later in life when he moved to New York and met Robert Whitman, George Brecht, and George Segal. In 1961, Oldenburg opened “The Store” in his studio. The art shop “proposed” plaster goods and “daily-used” objects. Over time, this idea was transformed into large art sculptures that are now located on the streets, in the parks, and even on the buildings.

Dropped Cone was placed atop a shopping mall in Cologne. It is one of the unique custom-made large art sculptures by Claes Oldenburg. Called a “cornucopia of consumerism” and a “sign of transience,” Dropped Cone is a pretty interesting sculptural and architectural concept. Cologne is a city of cathedrals with conical spires stretching to the sky. It is also a city of many shops offering ice cream in plastic cones. Claes Oldenburg’s sculpture placed on the mall’s roof perfectly reflects the iconic features of the city and the daily life of its streets. 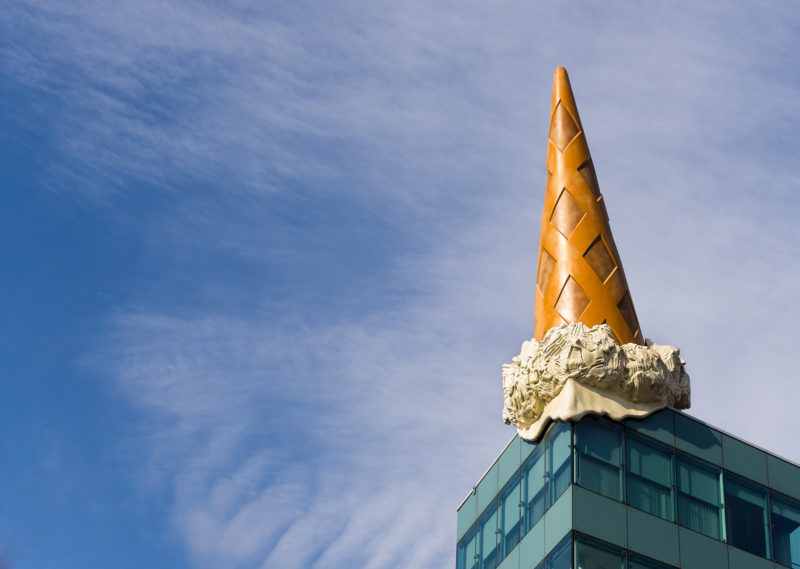 Flying Pins is a sculpture created by Claes Oldenburg and his wife Coosje van Bruggen. It is located in Eindhoven, The Netherlands. Flying Pins is 10 meters high. This project, which cost more than one million euros, was realized with support from local businesses. Pins can be interpreted in different ways. It can mean a game, a hobby, entertainment, or something else. It depends on the spectator.

Cupid’s Span is located in the Rincon Park, along the Embarcadero in San Francisco. Probably, it is one of Claes Oldenburg’s few sculptures related to the mythological subject. Cupid’s Span makes reference to the myth about Cupid and his famous arrow. However, there is a deeper sense. The buried edge of the arrow tells us about the necessity to bury weapons and end the violence. 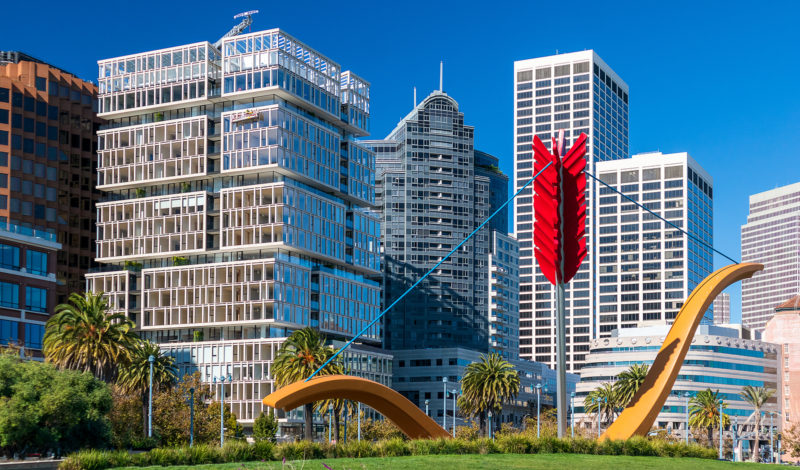 The smooth arc of the bow is organically intertwined into the surrounding space and looks like a ship. In that case, the arrow becomes a mast with sails.

Large art sculptures by Claes Oldenburg are an essential component of urban spaces in many cities. They are also amazing pieces of contemporary art, with coded messages that the artist wants to convey to the viewer. It is no wonder that there is no lack of spectators.