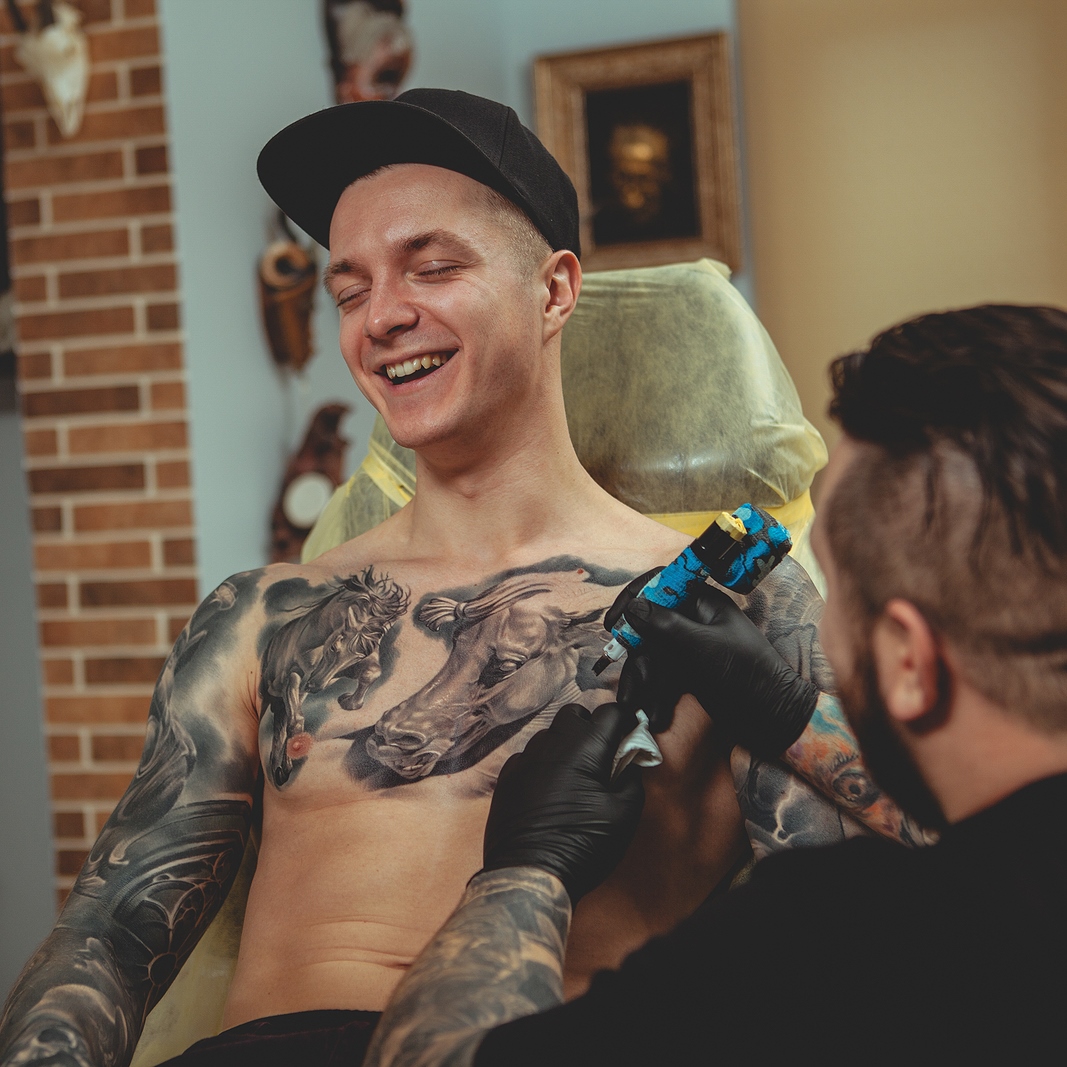 New York’s vibrant art scene attracts artists and aesthetes alike. The “Big Apple” is also one of the best places to get inked, given its rich tattoo history.

Art in New York is unlike any other in the world since it has always been a melting pot of cultures, from its very foundation in 1624.

To fully appreciate New York’s tattoo scene, one must look into its controversial past, which helped shape what it is today.

The Origin of Tattooing

Tattooing is perhaps one of the oldest art forms. Some of the earliest tattoos date back to 3370 B.C., meaning that tattoo art has been practiced for over 5,000 years. Otzi the Iceman, a perfectly preserved mummy discovered in the Otzal Alps in 1991, provides a unique glimpse of this art.

Tattoo originated from the Tahitian word “tatau,” which means to strike or mark. Traditional tattooing techniques involve using sharp bones or sticks to tap the dark ink into the skin.

Different ethnic groups and early civilizations used tattoos in numerous ways. In many Pacific island tribes, like the Maori, having a tattoo is reserved for their warriors, leaders, and people of high status.

Meanwhile, many historians believe Egyptians used tattoos for decorative and medical purposes. Before Otzi the Iceman, Egyptian female mummies were the earliest known example of tattoos that dated back to around 2000 B.C.

The History of Tattoos in New York, from Bowery Sensation to Banned Art

Tattoo art in New York started in 1870 when Martin Hilderbrandt opened the first tattooing business in the U.S. His shop was located at 77 James St. in Manhattan, where N.Y.’s Chinatown is today. Meanwhile, sailors could visit small businesses in Coney Island or close to the Brooklyn Navy Yard in Brooklyn if they needed a new tattoo.

In 1875, Samuel O’ Reily built his tattoo studio in Chatham Square, quickly becoming the mecca for the city’s tattooing. O’Reilly patented his first electric tattooing machine in 1891, which gave rise to more tattoo parlors on the Bowery.

Since then, several known artists emerged in the Bowery, most notably Charlie Wagner who also worked for O’reily’s parlor before establishing his place. Wagner became famous for his skill in covering up ex-girlfriends’ names tattooed on his customers.

But did you know that there was a period from the 1960s to the 1990s when tattooing was banned in New York?

Why the Tattooing Ban Happened

In 1961, tattooing was banned in New York after an outbreak of Hepatitis B swept the city. New York City officials cited that using unsanitary needles posed some health risks. Back then, tattooing was considered a health code violation that warranted a ticket.

However, people who lived during the ban pointed out several other reasons why it happened. Some hypothesized that the band was part of the city’s effort to clean up for the upcoming World’s Fair in 1964.

Tattooing Was Banned in NYC for 36 Years

Because of the ban, many tattoo artists had to do it under the noses of the authorities. Many of them found clever ways to continue their livelihood and passion project.

Thom DeVita, for example, opened his shop in one of the grittiest neighborhoods called Alphabet City. He also worked at night when people were asleep and limited his clients to just five per day. Tattoo artists also advertised their service through word of mouth alone.

In 1997, the ban was finally lifted after 36 years. Since then, the tattoo scene in the city has reemerged. Brooklyn tattoo shops began attracting customers from the state and various parts of the country.

A year after the ban was lifted, the city held the first annual tattoo convention at the Roseland Ballroom. As of 2017, there are roughly 300 tattoo shops in the city. Customers can be tattooed in various styles such as Japanese, hand poke, and even traditional American.

The standard rates for getting a tattoo in New York now cost between $150 and $300 an hour. The rate varies depending on the tattoo’s size, design and complexity. Some recognized tattoo artists may also ask for a premium rate.