Best Sources of Inspiration for an Artist 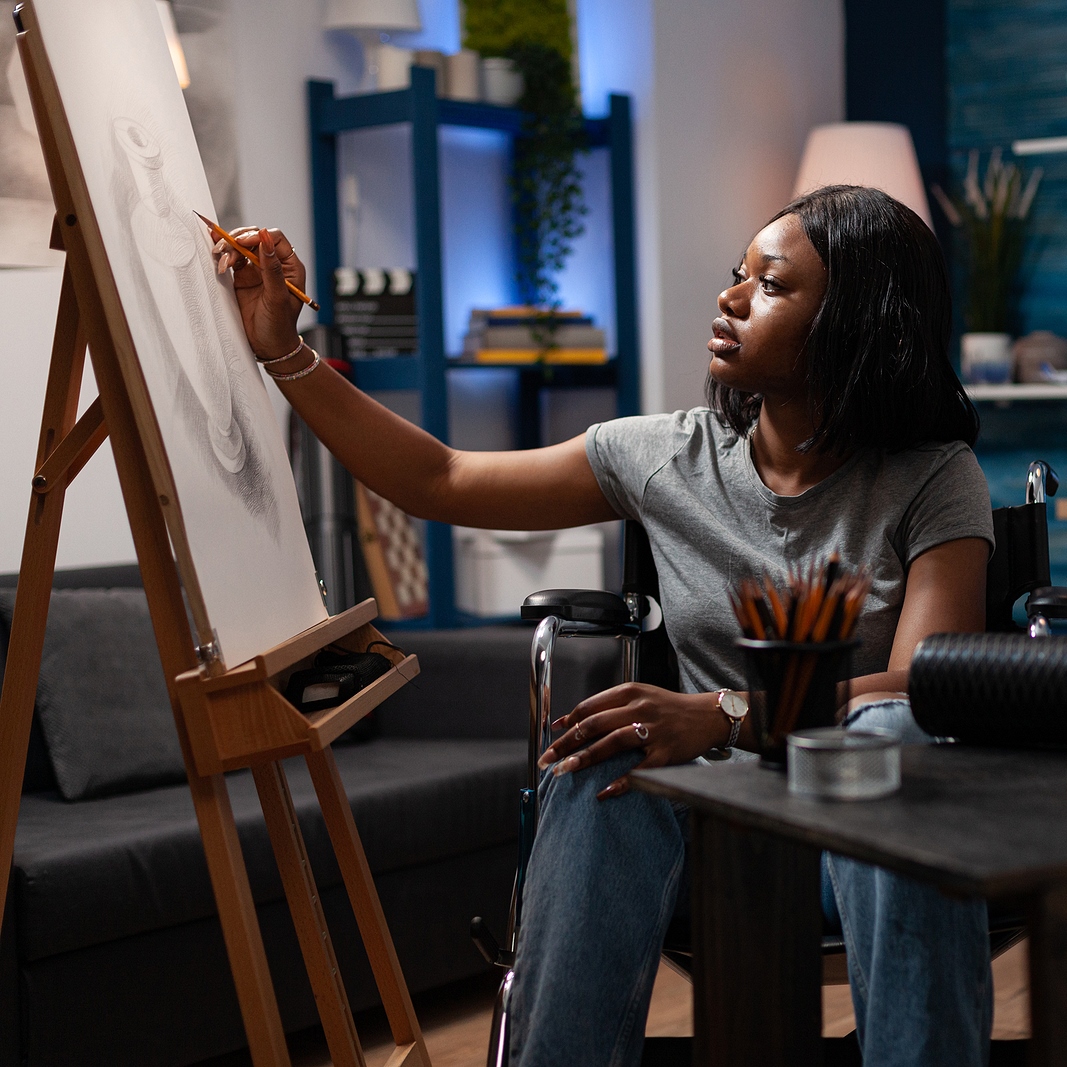 The world around us is full of ideas and ways to inspire an artist to create another masterpiece. Some find themselves inspired after a short walk in a park or chatting with friends, while others prefer digital sources and popular culture. In any case, no matter what source you pick, you get ideas and express yourself as you please.

If you are currently struggling with finding ideas to inspire yourself, this article will give you some ways to choose from. Read on and find something to your taste.

For centuries, artists have drawn inspiration from the beauty of nature. From a single rose petal spiraling to the ground to the breathtaking sight of a mighty fish eagle swooping to catch prey, the natural world has inspired the creation of some of the most beautiful works of art in history.

Artists have always admired and revered nature for its infinite inspiration. However, while landscapes and natural environments inspire some artists, others may prefer abstract and contemporary art. It is also the inspiration behind many different mediums, including painting, sculpture, and photography.

Even a short hike through the woods or a relaxing sit by a stream can be inspiring, so next time you feel stuck or out of ideas, grab your notebook and go outside. Taking a walk in the park or your backyard can be inspirational. You can also take some nature scenes photographs or google them to get plenty of ideas.

Social media can be an important source of inspiration for an artist. It allows them to network with other creative individuals and to see other artists’ work. Anyone can view and express their opinion freely online, just as the people from this paperhelp.org reviews page, so it is also a great way to gain reputation and feedback. However, you should also be aware of this channel’s negative sides.

While using social media to inspire your work can be helpful, it can also detract from your creativity. For this reason, artists should choose how much time they spend on social media and consider setting a timer for themselves so they can focus. This will help them focus their energy and stay on task.

Another potential problem associated with using social media is the privacy of the works you post there. Since screenshots or downloaded works can be passed around several times, adding a watermark is essential to protect your pieces. You can use text-adding apps or a free design site to do this.

Cinema is one of the most influential creative fields today, and artists have been able to draw inspiration from films for many years. Many artists have also drawn inspiration from films about nature or the human condition. In addition to paintings, films can inspire artists in photography and filmmaking. For instance, one of the greatest silent films ever made is Metropolis directed by Fritz Lang in Babelsberg Studios in Germany during the Weimar period. This film is full of Gothic and art-deco influences and offers countless opportunities for inspiration for artists.

Films that celebrate famous artists are also good sources of motivation for artists. Many famous artists are seen as mythical beings, and exploring their life and work can give artists a new perspective on their art. In addition, acclaimed filmmakers often blend fine art and cinema to create an evocative story. For instance, a recent biopic of the artist Frida Kahlo won two Academy Awards, which evokes the artist’s unique worldview.

Television has long been considered an inspiration for artists, and the medium has profoundly impacted contemporary culture. Television became a common feature in museums and galleries by the late 1960s, and artists began incorporating it into their work. By the 1980s, “video art” displayed on television screens became a common sight. This form of art was influenced by many sources, including television shows, music, and other forms of technology. Artists took subject matter from television to create works inspired by its pixelation and light. Some even worked directly with television consoles.

The evolution of television from its humble beginnings in the mid-1950s to its resurgence in recent decades has spurred a variety of artistic forms and approaches. For example, the television series “The Twilight Zone” and “The Ernie Kovacs Show” both feature avant-garde elements that were inspired by Dada and Surrealism. While television shows were not ratings-driven, they evoked the mood and atmosphere of the times.

Music is a common source of inspiration for artists. If it has the right mood, it becomes a great helper for any creative person, as it helps catch the flow and avoid any distractions from the outside.

The internet has made it possible for anyone to create, record, and distribute music. This democratization of the arts has allowed anyone to have access to a seemingly unlimited number of artists. The result is a proliferation of musical tastes and influences, and it’s hard to avoid this influence.

Still, being inspired by artists you like can be an excellent thing. An instrumental theme from your favorite movie can set you into an epic mood for drawing a battle scene, and a quirky song you found on Spotify can be a good inspiration for your very own original character.

Try to pay attention to the people you see every day: a stranger on the street, your colleague, or a close friend can inspire you a lot. Their habits and appearance can inspire you to create your pieces, and you can also discuss some ideas with them to get motivated and fight the so-called ‘art block.’

One of the key benefits of decluttering your art studio is improved productivity. Artists who can make the most of their creative time are more likely to produce high-quality work. This is because decluttering their workspace can free them from negative emotions that can interfere with their work. In fact, Marie Kondo’s method, which focuses on simplifying our lives, also applies to the arts.

A clear workspace is more relaxing. It also reduces stress. You won’t have to spend time counting the mess or worrying about what to do next. Having the right arrangement will help you focus on your work and increase your productivity. It is also helpful to add a splash of color to your workspace. Colors psychologically impact our moods, and green is an excellent choice for inspiring creativity.

Networking with other artists

Networking with other artists is a great way to find inspiration for your own work. Art lovers should attend exhibitions and events where other artists exhibit their work and talk to them. This will open up new opportunities to connect with other community participants and help you network with other professionals.

Meeting other artists in person, as well as being surrounded by the energy of the other group members, is invaluable. You can get advice from your fellow artists, and they will understand your struggles. Similarly, meeting vendors and other creative people can give you many ideas. It can be inspirational to chat with them and see how they solve problems.