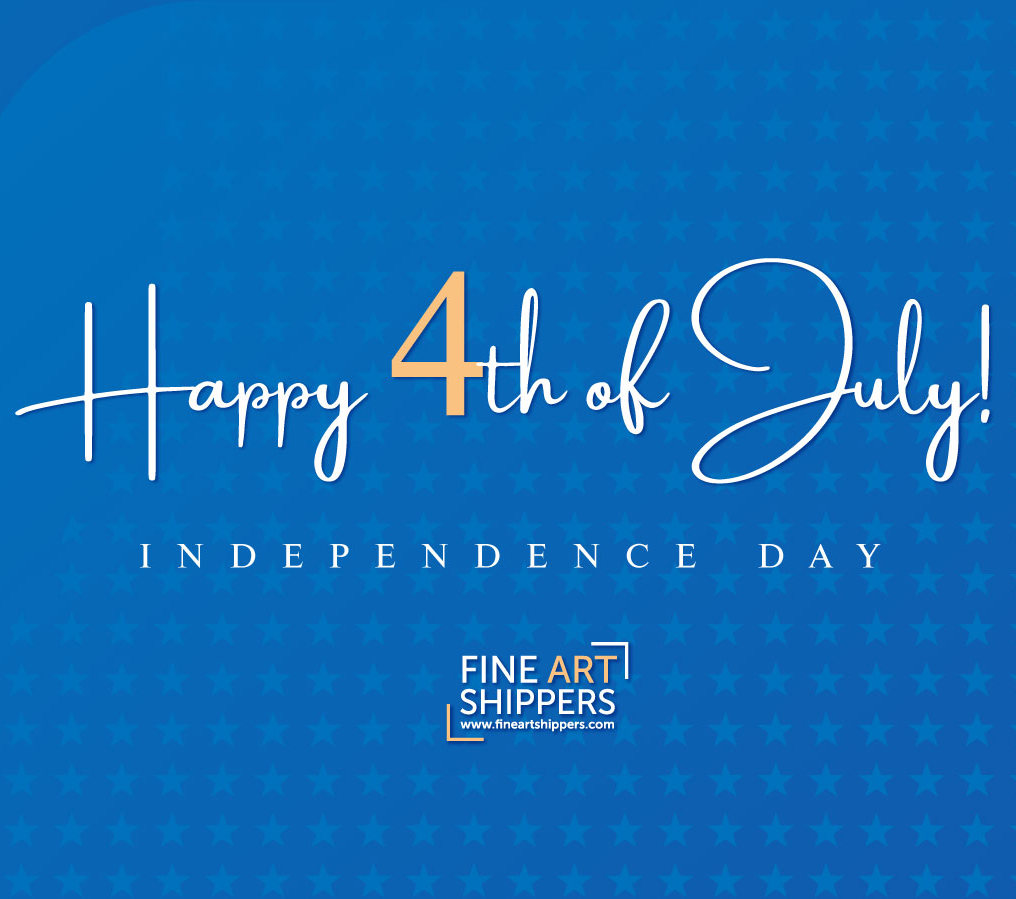 On July 4 in 1776, the Continental Congress signed the Declaration of Independence of the United States. That day, the US freed itself from British rule and became an independent country. Many historians believe that the document was actually signed on August 2, and yet it has long become a tradition to celebrate it on July 4. At Fine Art Shippers, we are so glad to be part of the great American nation and contribute to the growth and prosperity of the country by providing fine art services of superior quality. Artwork transportation allows us to help people preserve culture and foster the growth of the art industry in the US. Let’s celebrate Independence Day by going back in time and remembering the key facts that we know about the feast.

1. Thomas Jefferson was a man assigned for writing the Declaration. However, he didn’t create it by himself. The committee responsible for the text consisted of John Adams, Benjamin Franklin, Roger Sherman, and Robert Livingston. At the same time, Jefferson wrote an original draft of the document.

2. It has already been mentioned that the Declaration wasn’t originally signed on July 4. Another question is who signed it? Those were the Founding Fathers, who actually were only a few of the representatives. In total, 56 congressmen signed the papers on Independence Day.

3. As a matter of fact, eight out of 56 signers were born in the United Kingdom, with the majority of singers being native-born Americans. Later, Richard Stockton became the only signer who repudiated his signature on the declaration.

4. Copies of the Declaration of Independence are found here and there from time to time. For example, two pieces have been found in the last 25 years. The first one was in excellent condition and was sold for $8.1 million in 2000. As for other found items, they are preserved and held in the national archives.

How to Celebrate the 4th of July?

There are quite a few ways to celebrate Independence Day. First and foremost, wear patriotic colors and have a picnic with your friends or family. If possible, attend a parade in your city or town to learn more about the feast and visit some historical landmarks. Last but not least, wait for the local fireworks show, which is a classic way to reach an apex of celebration.