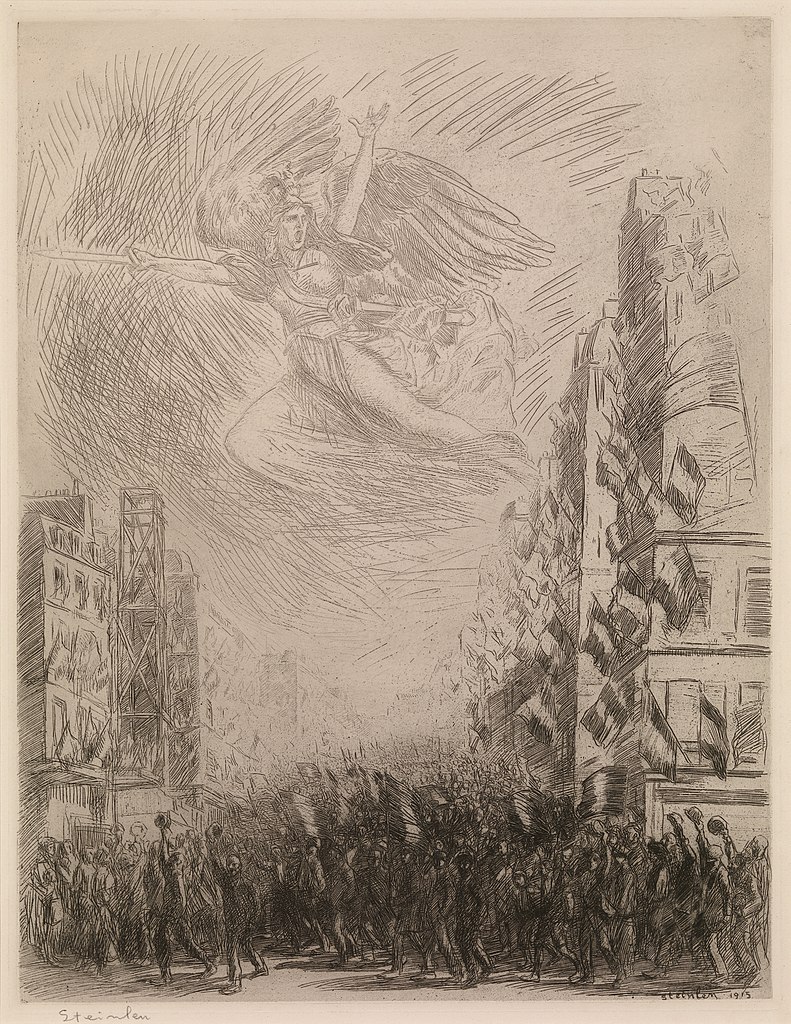 Out of all the activities that are known to humanity, there is nothing more destructive than wars. The primary purpose of fighting is using violence to beat the opponent and force them to surrender. Nothing good can come out of situations where the violence of any kind is involved. Wars bring destruction and have an impact on all the areas of human life. They affect everything and everyone.

World War I (1914 – 1918) or the First World War brought suffering and death to millions of people. Today, all the horrors of wars are captured through cameras. Back then, much of the imagery of the war was not produced by the cameras but by the artists. In most cases, the artists served in the military as war artists, documenting and showing what life on the front looked like. Others served as medics or soldiers. Unfortunately, many suffered severe injuries, and many of them died. As they always do, artists were looking for a new language to express all the turmoil and chaos around. The war changed everything.

The war changed how artists see the world

Wars turn the lives of people upside down. They bring trauma, chaos, and stress. Paintings during the First World War show all the suffering and turmoil of the period. Through their work, artists showed their reactions to all that was going around them. They also represented all the horrors, the results of violence, and war aftermath.

Many people welcomed war, including the artists of the time. Some accepted it out of a sense of patriotic duty, while others had national ideals and sentiments. Many believed that the conflict would eventually lead to a more peaceful era. Some were seeking an “adventure,” with a mistaken belief the war could give them that. George Grosz was one of the artists who firmly rejected the idea of war, nationalism, and militarism right from the start and was enlisted into the armed service. Others enlisted eagerly, such as Otto Dix and Max Beckmann.

Being a part of combat and experiencing it firsthand have changed everything. As the war changed artists’ world views, enthusiasm for battle, militarism, and nationalism were quickly replaced by the feelings that war and violence were unjustifiable. Many had feelings of betrayal and loss. The process of learning that war would not bring a solution everyone was seeking was fast and painful for those who witnessed the chaos. And this is what is depicted in many paintings of the period of the First World War.

The earlier Victorian forms were no longer suitable for the painters. They could not use them to express the destruction. The artists tried new techniques and materials. Even though modernism took off before the war, the occurring events contributed to its emergence.

The war through the eyes of artists

While new generations learn historical facts about World War I in school or college, the artists of the time created paintings that show what the war looked like from the eyes of those who witnessed it. The work of the artist reflected and captured their perspective on combat and war in general. As many of them were on the front, the paintings primarily represent men and their experiences.

Popular paintings from World War I:

War – the most challenging topic of all

When studying, war is a topic that can be particularly hard and challenging. The more information you have, the harder it gets to understand why the First World War happened, especially considering millions’ suffering and death. The paper samples on the topic and the paintings tell a disturbing story and can be thought-provoking, especially if you need to write an essay about it.

If you find the topic challenging, as many do, you can rely on a writing service that will do it for you. Digging deeper into warfare may bring more frustration, and it can become even harder to understand the reasons behind it. Finding peace with the idea that many people, including those who created the images of the events, had to witness it is even more complicated.

The importance of art throughout the history

The psychology of art points out that art is a psychological activity that breaks the barriers and can help us figure out who we are. It is a form of therapy that allows the artist to express feelings. The paintings show the variety of emotions the artists managed to show off. As the war progressed, the feelings changed, from enthusiasm to devastation. It shows the war through their eyes – the eyes of ordinary people.

The importance of art in specific periods in history is enormous. A work of art that belongs to one particular period in history may represent a source of information about it. It may serve as evidence about some event and can be treated as the original testimony – like the paintings of World War I do.