A “Dismal” Parody of Disneyland – Unexpected Installation by Modern Artists 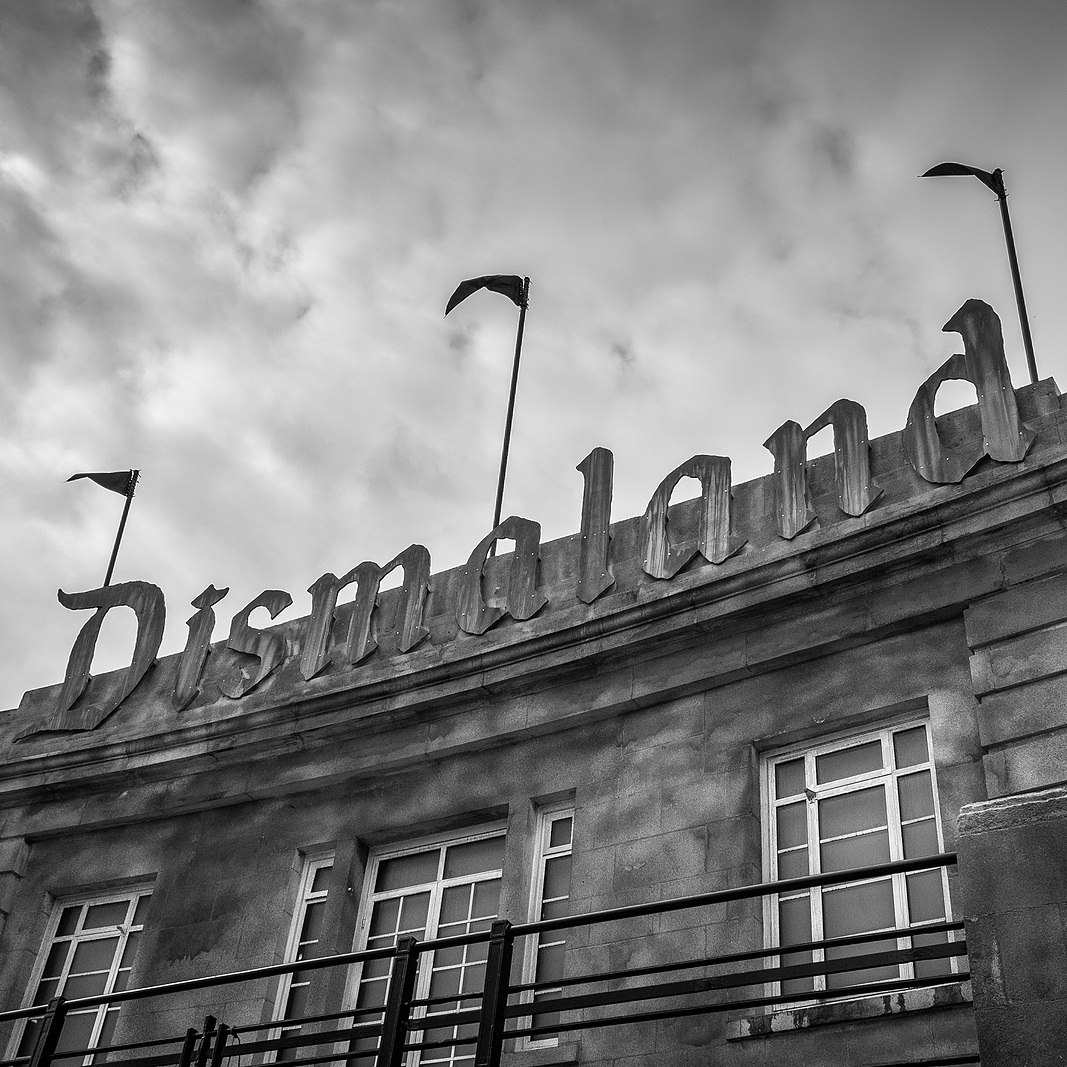 The world-famous street artist, mysterious and elusive Banksy, has made himself heard once again! This time, he has surprised his fans not just with his crowning graffiti but with a much more ambitious project – the whole amusement park called “Dismaland Bemusement Park,” which is located at the seaside resort in Weston-super-Mare, Somerset, UK. Dismaland is a dismal parody of Disneyland, which doesn’t look so colorful and fun, but rather frightening and sinister. For example, Cinderella’s Castle is presented to visitors as a dark, gray building with black, charred towers. What’s more, inside the castle, there is a crashed carriage with dead horses and Cinderella herself lit up by a crowd of paparazzi taking photos of the tragic scene. Such a sad modern art installation, as you might have already guessed, is a reference to Princess Diana’s death.

Banksy decided to create his Dismaland on the territory of the abandoned Tropicana Lido. It’s interesting that only four people from the local municipality were aware of the upcoming project. As for the curious locals, they were told that a Hollywood production company was filming there. One more important fact is that Banksy invited 58 artists to take part in this unusual art installation. Although none of them was familiar with “the invisible” Banksy, everyone accepted his invitation with great pleasure. Thus, among the most active participants of the project were Damien Hirst, Jimmy Cauty, Jenny Holzer, and other prominent contemporary artists. 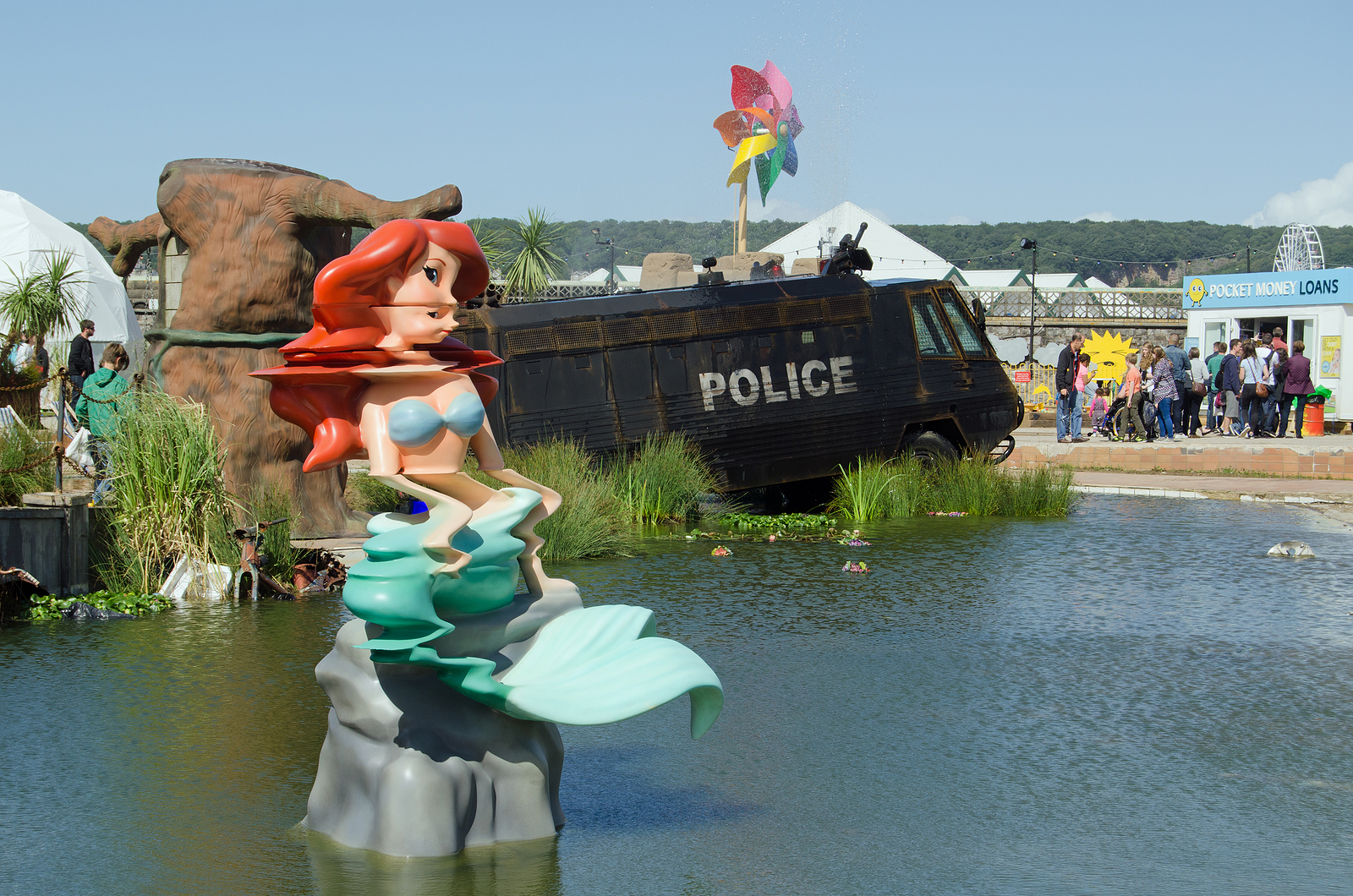 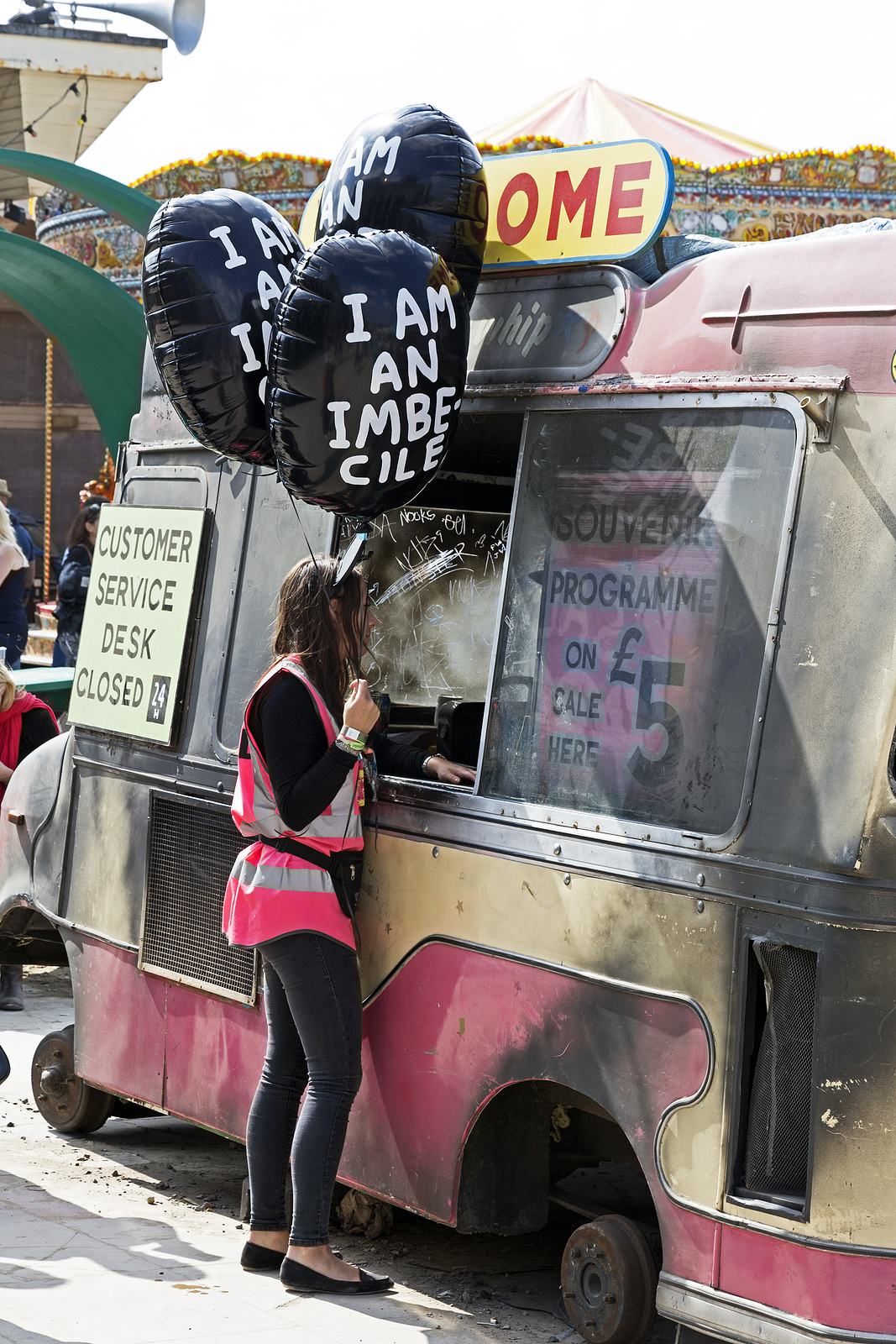 It is worth noting that all the works and installations in Dismaland are charged with political and social criticism, as well as with a large dose of sarcasm. Let’s mention just some of them: a street puppet theater, the main heroes of which are the characters from the acclaimed trilogy “Fifty Shades of Grey;” a killer whale leaping from a toilet; a pond with motor boats full of destitute refugees; a children’s slide in a form of a riot control vehicle built to serve on the streets of Northern Ireland; a “pocket money loans” shop offering money to children at an interest rate of 5,000%, and many others. Banksy himself created ten works for this theme park, including the Cinderella’s carriage crash scene.

Unfortunately, Dismaland is available for visits only through September 27. The price of the ticket is £3, and it should be bought in advance as the daily limit of visitors is only 4,000 people. Furthermore, it is worth noting that the construction of this one-of-a-kind dismal parody of Disneyland was fully paid for by Banksy. Therefore, the version that the project was created for a profit disappears by itself. Just compare the relatively low cost of the ticket and the apparent high cost of this ambitious project!

So, what is Dismaland? It is a “family theme park that is not suitable for children,” said the author. It is the festival of art, amusements, and entry-level anarchism!