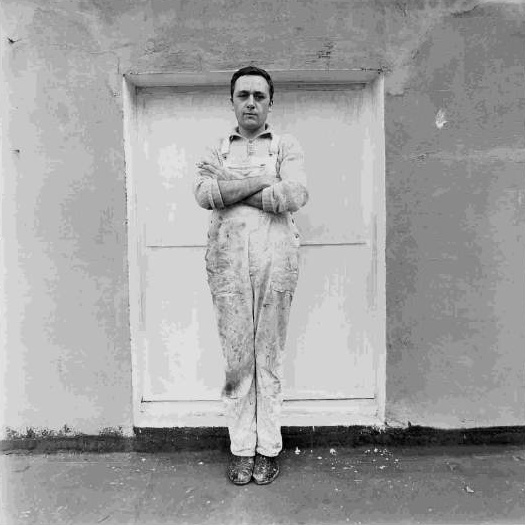 German artist Gerhard Richter is one of the most important figures in contemporary art. Over the past six decades, he has covered a wide range of subjects, styles, and materials. Richter’s works, some of which have achieved record values at auction, include abstract and naturalistic paintings, as well as photography and glass.

Born in Dresden in 1932, Richter has spent his career straddling the line between photography and painting. Fascinated by the way these seemingly contradictory processes interact and drive each other, the German artist glides back and forth between the two mediums with ease, relishing the complexity of their connection but never elevating one above the other.

Art rooted in the tragedies of the 20th century

Richter’s art reflects the tragedy of Nazism and the Holocaust, while his biography traces key episodes in twentieth-century history. Richter received his training in socialist realism, which was sanctioned by the communist government of East Germany after World War II. In 1961, at the age of 29, he fled East Germany, just a month before the Berlin Wall was erected. At the Staatliche Kunstakademie Düsseldorf, free of ideological restrictions, he began to explore the material, historical, and intellectual ramifications of painting.

At that time, the country was still recovering from WW2, and the question “Why paint?” arose as his generation was trying to come to terms with the past. For Richer, who grew up under an authoritarian regime, the answer to it was obvious: art is freedom; in dictatorships, art is nonexistent.

Between figurative art and abstraction

Gerhard Richter’s paintings range from photographic representational images to intricate abstractions. Although these two approaches are often seen as antagonistic, Richter manages to balance in-between, using both in his practice.

His subject matter shifts from portraits to landscapes and abstractions, sometimes even within a single year, and this is quite intentional. Richter says he is skeptical of images as none of them can reveal the entire “truth”. Therefore, he experiments with different approaches and mediums in his exploration of the world, on both physical and existential levels.

Richter’s paintings are a response to what he observes, not only in the world around him, but also on his own canvas. He puts bold sweeps of color with wide brushes and then uses large squeegees to apply and remove paint. Most of the process is left to chance, with all the risks and rewards that result from that. The German artist says, each new step always becomes increasingly difficult, leaving him less and less freedom, and he proceeds until he decides there is nothing else he can do.

Richter is more concerned with the meaning of the images than with the visual spectacle. Thus, his “Birkenau” series was inspired by four photographs taken in 1944 at the Nazi death camp Auschwitz-Birkenau. Richter returned to the gruesome images in 2014, first drawing them on separate canvases before gradually painting over them to create extremely damaged and torn surfaces. This concealment keeps the complicated connection between history and memory, destruction and reconstruction, abstraction and representation.

Today, in the 21st century, art can be made of everything, but for Richter painting remains the most resourceful medium to explore the relationships with images and question how we see, understand, and navigate the world around us. And each work of the German artist answers that question in its way.