Artist Talk: Ariadna on the Personal Brand and Reinvention of Classical Music 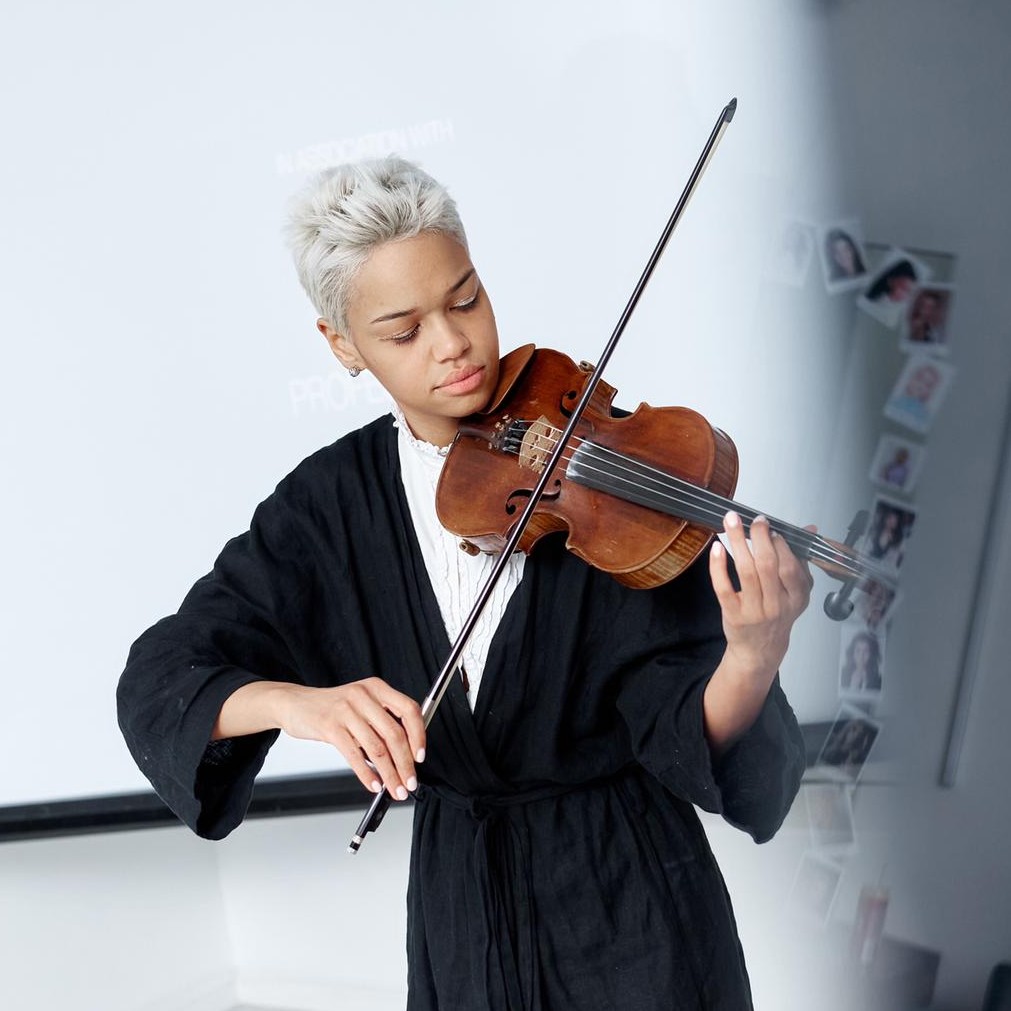 Ariadna is a Russian multi-instrumentalist, composer, model, and songwriter currently based in Dubai. Trained as a classical musician, she obtained a degree as a violinist from the Gnesin Russian Academy of Music, the number one conservatory in the country. However, during her studies, she realized that the constraints of the classical orchestra were not for her.

As a performer, she has been reinventing classical music, playing in multimedia solo shows and collaborating with various artists and pop singers. Ariadna also has an extensive portfolio of special music programs for brands, including Gucci, Reebok, Tous, and others.

Fine Art Shippers sat down with Ariadna to talk about her vision of music, her ability to blend art and business, and her successful modeling experience.

Artist Talk: Ariadna on the Personal Brand and Reinvention of Classical Music

You were trained as a classical musician but seem to be a kind of rebel in this world. How do you manage to marry classical and popular formats in your work?

Ariadna: Since childhood, it’s been hard for me to operate within a system. Although studying music does teach you discipline, I’ve never liked following the rules set by someone else. As a kid, I wasn’t an exemplary student, but I had a good memory and was a fast learner and took advantage of this, effortlessly passing exams. Playing in the orchestra was my least favorite class at the Academy of Music. I kept asking myself: why should I listen to that person with the baton in his hand and do what he wanted me to do? That thing was just not for me. I admired musicians who were pushing the boundaries of classical music. I started to look for ways of doing something on my own. I knew I was able to fill the stage and keep the audience’s attention on what I was doing. So becoming a soloist was an obvious choice. My idea was to add elements of theater and show to a classical recital, which worked.

So what is your relationship with classical music? How do you think it relates to our time?

Before, I was more rebellious in that regard. I was like, “Why should I play something written two or three centuries ago today, in the 21st century? We don’t live in small wooden huts with open fires; we don’t even use push-button cell phones anymore. We need to move with the time, create music that opens the portals for the future.” Later I realized that was only partially true. Classical and contemporary music are just different types of auditory and emotional experiences. And among other things, the way they make us feel depends on the sound wave frequency. Thus techno affects your body and mind in one way, Beethoven’s symphonies in another. Buddhist mantras are also about the frequency of sound. 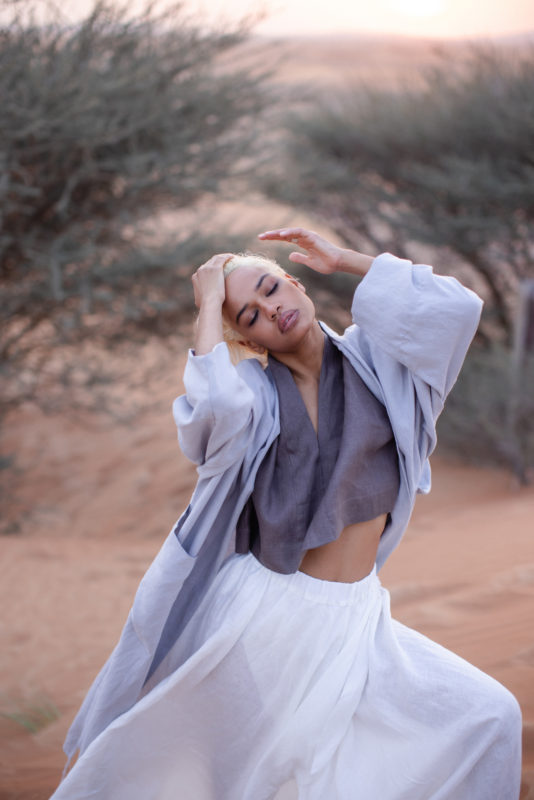 You have also been quite successful as a model. How did modeling come into your life? What kind of experience has it been?

When I was in my third year at the Academy of Music, a friend of mine suggested that I should do modeling. I knew nothing about it and didn’t care whether anything would come out of it. I decided to give it a shot. Gradually, without too much effort, I built a portfolio and became quite a successful model. It was easy money, and at first, I enjoyed it. However, as time passed, I lost interest in it, so when someone would call me to offer a job, I would ask for the paycheck I thought they would not be willing to pay. To my surprise, some agreed to my conditions. That worked perfectly for me: I was paid good money without spending much time on modeling and being able to do other things. Modeling is not a rewarding profession, as you are supposed to represent someone else. I want to represent myself and be my personal brand. And this is what I’m working on in music.

How often do you listen to classical music, and why?

These days every day — I‘ve actually only listened to classical music in the past months. Now that I have moved to Dubai, my life has been hectic. During the day, I’m usually all over the place, networking and meeting up with people. This is all necessary, but by the end of the day, I feel drained of energy. So when I come back home, I only put on classical music – whatever catches my attention on that particular day: Mozart, Rachmaninov, Tchaikovsky, Beethoven, Dvorak, etc. They help me regain my inner balance and ground myself. 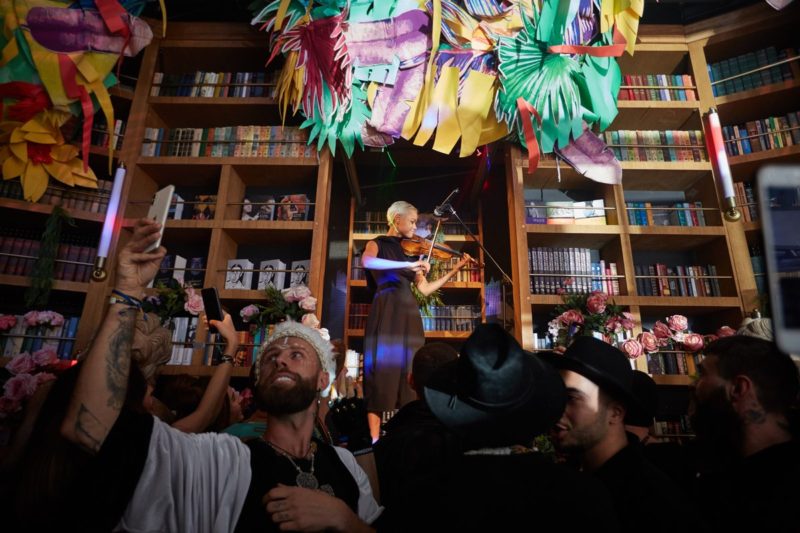 What are you doing in Dubai now? How do you find life there?

I’m organizing events and working on my album. When I first arrived, I thought I wouldn’t be able to stay there for long. It’s a place without history, but it still has its vibe, which is all about the people you work and hang out with. After a while, I realized that we who came to live there were making history. You feel the way you program yourself to feel. In this respect, the sound healing sessions we started to do with a friend of mine have been beneficial. My friend is a real shaman; she studied ritual practices in Peru. On the one hand, these sessions are a job; on the other hand, it’s self-healing and a spiritual experience of interaction with other people. It brings me a lot of joy. 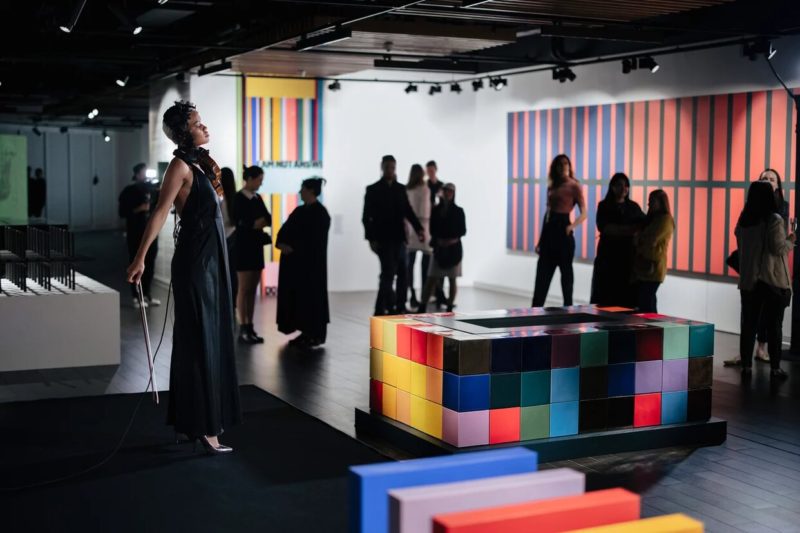