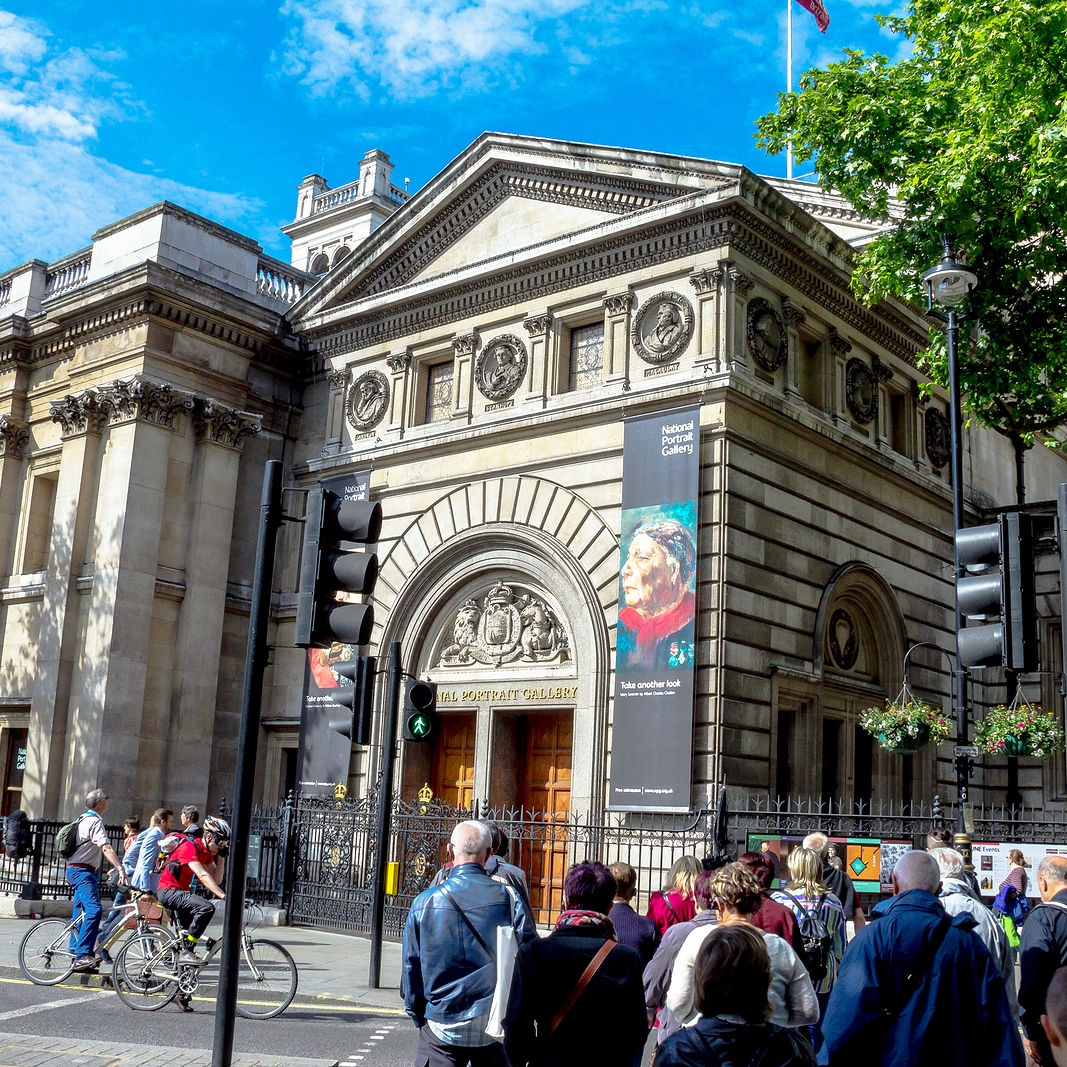 Along with numerous prominent private galleries, such as JD Malat Gallery and the Mayor Gallery, London is home to some of the most important art institutions and museums. These include the British Museum, the Victoria and Albert Museum, the National Gallery, the Royal Academy of Arts, and certainly the amazing National Portrait Gallery located on St Martin’s Place. The latter is the first portrait gallery in the world, featuring an impressive collection of more than 200,000 portraits of famous and historically important British people.

The National Portrait Gallery (NPG) was established in 1856 thanks to the efforts of the English aristocrat Philip Henry Stanhope and his supporters, Thomas Carlyle and Thomas Babington Macaulay. For the first several decades of its existence, the Gallery was housed in different locations across London until it finally moved to its current site at St Martin’s Place in 1896.

Today, NPG holds the world’s most extensive collection of portraits depicting people who have made and are making British culture and history. The first work in the Gallery’s collection was the renowned Chandos portrait, the most famous of the portraits of William Shakespeare, which was given to NPG on its foundation by the British politician and writer Francis Egerton. The Chandos portrait, along with approximately 11,000 other historical portrait paintings, sculptures, and miniatures, is part of the Primary Collection that is regularly displayed to the public. In addition to the permanent exhibition, the Gallery exhibits a changing selection of contemporary artwork, hosts the annual BP Portrait Prize competition, and organizes portrait art exhibitions featuring works by individual artists.

At Fine Art Shippers, we highly recommend that you visit the amazing National Portrait Gallery in London. However, keep in mind that it will close its doors on 29 June 2020 for a three-year renovation.