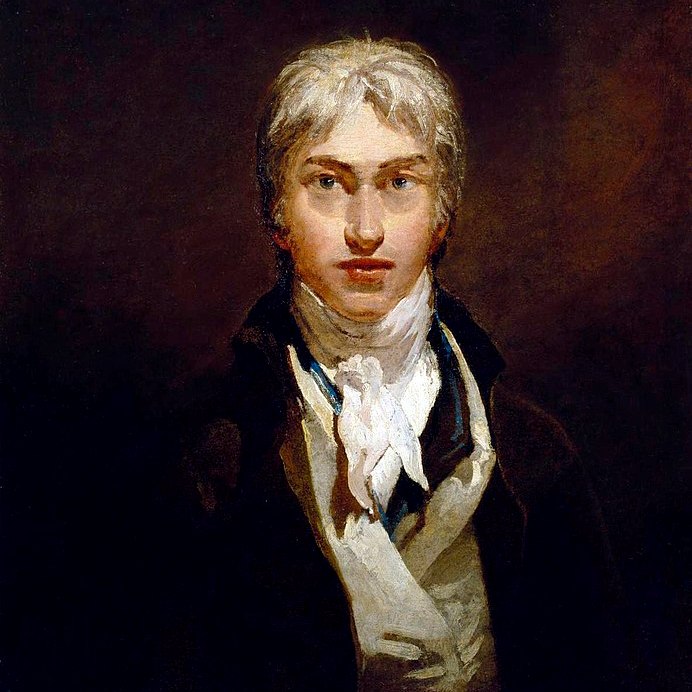 The art world continues to celebrate the 240th anniversary of William Turner, one of the most revered artists of the 19th century. Thus, the British have made a film about their famous compatriot, and the Americans, trying to keep up with them, have organized several major exhibitions across the country. So let’s take a closer look at one of them, presented at the De Young Museum in San Francisco. The exhibition is titled “J.M.W. Turner. Painting Set Free.”

First of all, it should be noted that organizers have brought together more than sixty William Turner’s paintings and watercolors from the museums worldwide. Furthermore, it is the first large exhibition in the United States, dedicated to the artist’s achievements during his last period of life when he created several iconic works. The show dispels the myths, interpretations, and assumptions that have grown around Turner’s late works. It demonstrates the breadth of knowledge and imagination of the painter, as well as the diversity of his experimental methods, processes, and used materials. The visitors also have a unique opportunity to see some masterpieces that have appeared in Mike Leigh’s film “Mr. Turner.” So who is this talented artist?

William Turner was born in 1775 in London. In 1789, at the age of 14, he entered the Royal Academy. In 1802, William Turner became an academician, and five years later – a professor of perspective. Being a prolific artist, he created amazing oil paintings, prints, drawings, and watercolors, often with references to history, mythology, and literature. Turner drew inspiration traveling across the UK and Europe and studying nature and works by famous artists of the Baroque and Renaissance periods. Even at the end of his life, he continued his travels; his last visit to the continent dates back to 1845. After the death of William Turner in 1851, his body was buried in the crypt of St. Paul’s Cathedral in London.

The highlights of “J.M.W. Turner. Painting Set Free” exhibition include such famous William Turner’s paintings as “The Burning of the Houses of Lords and Commons” created in 1834, “Snow Storm – Steam-Boat off a Harbor’s Mouth” created in 1842, and also the recently discovered watercolors depicting the fire at the Tower of London in 1841. Moreover, the visitors also have an opportunity to see two outstanding William Turner’s paintings, titled “Modern Rome – Campo Vaccino” and “Ancient Rome; Agrippina Landing with the Ashes of Germanicus,” which were originally conceived as a pair, but, in fact, they were rarely presented together since 1839. Besides, the exhibition features Turner’s works created at the end of his life, including several paintings depicting classical Greek couple, Dido and Aeneas. Thus, the De Young Museum offers an excellent overview of the final period of William Turner’s career when he turned to the great themes of nature, religion, and history. His virtuosic depictions of light, extraordinary Romantic imagination, and brilliant technique are definitely worth seeing if you are in San Francisco. The exhibition runs through September 20, 2015.