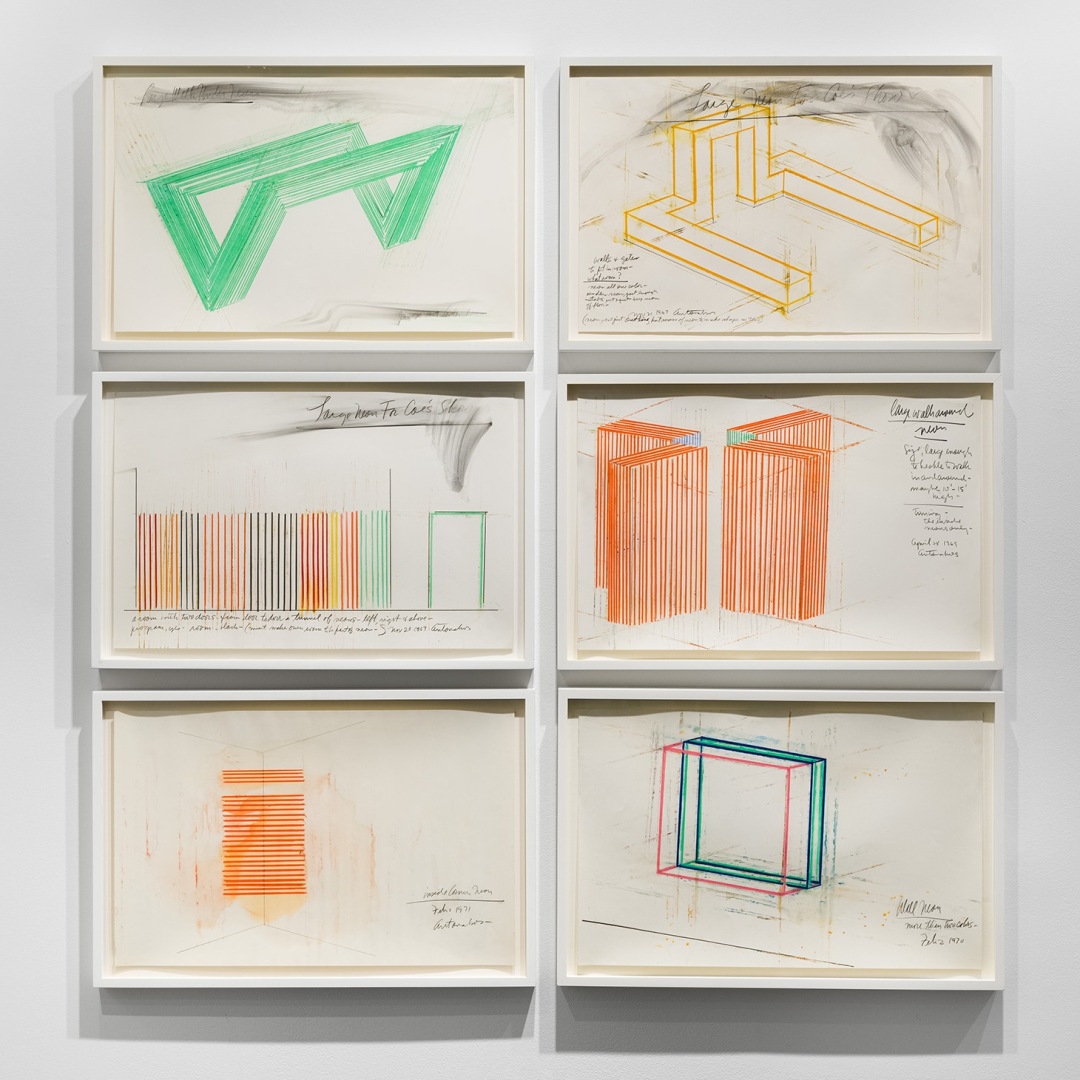 Stephen Antonakos’s neon art is known around the world. Throughout his career, the artist created numerous art pieces ranging from 3D indoor installations to iconic Neon Rooms to gold and silver-leaf back-lit Panels. In the mid-1960s, Antonakos was overflowing with ideas, but, unfortunately, it was simply impossible to bring all of them to life. Many of the images flooding his mind remained on paper, and now we all have a chance to enjoy them at “Stephen Antonakos: Project Drawings, 1967-73” exhibition that is currently on view at Bookstein Projects.

The exhibition features Stephen Antonakos’s model for a red and yellow Neon Wall from c. 1967 and nearly 50 graphite and colored pencil drawings that document the formal evolution of the artist’s neon art from the mid-1960s to the early 1970s. The vivid images are supplemented with questions and notes written by Stephen Antonakos, which makes them highly declarative, especially as to the importance of the work’s placement and its overall relationship with the site. 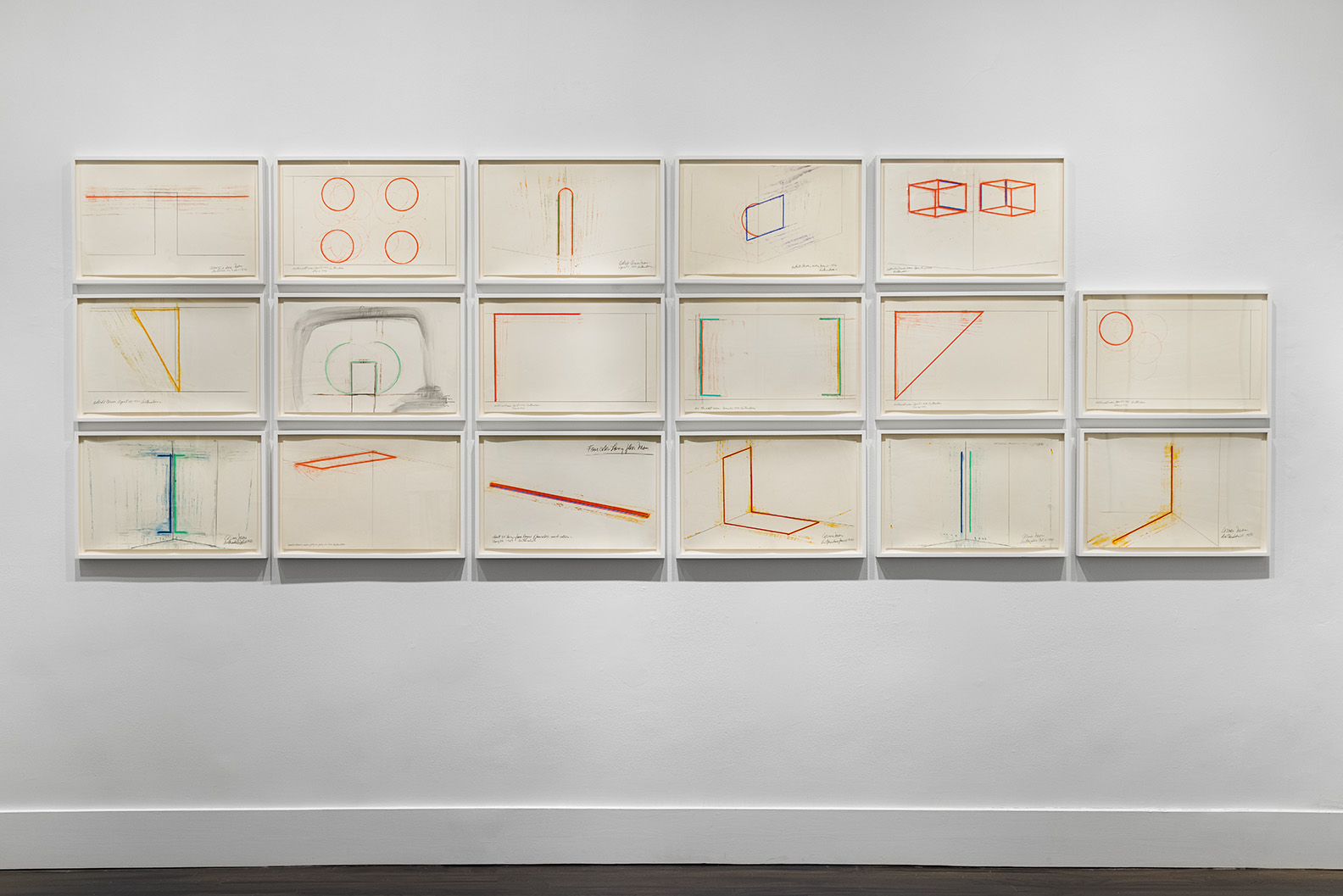 Stephen Antonakos’s drawings are presented in curated sequences and grids and installed in certain relations to the architecture of the gallery, following the artist’s neon geometries concept of “real things in real spaces.” 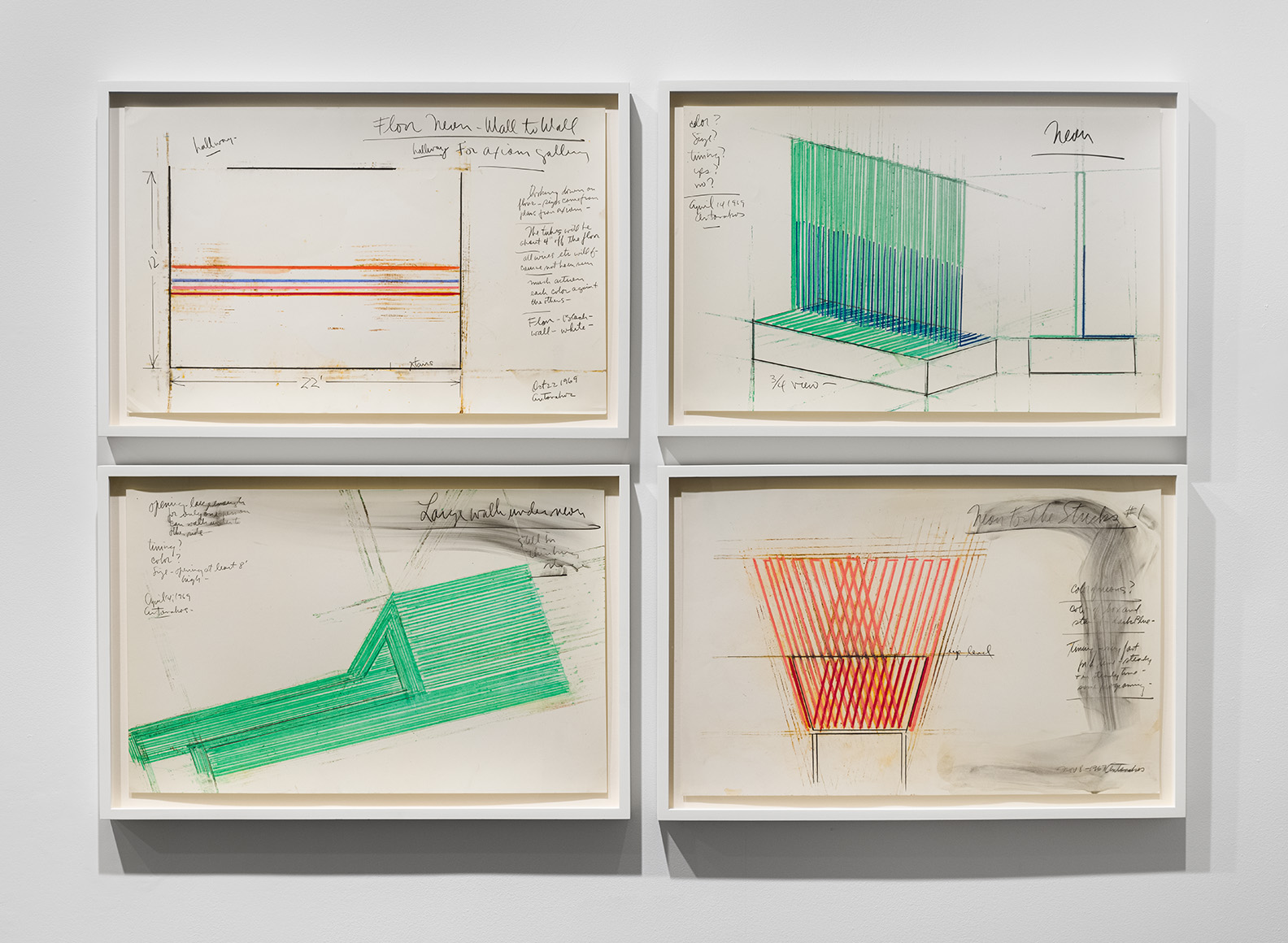 “Stephen Antonakos: Project Drawings, 1967-73” exhibition runs through June 25, 2021. It is open to the public, so be sure to visit Bookstein Projects at 60 East 66th Street in New York. Gallery hours are Monday through Friday, 11 am to 5 pm.