Banksy – The Most Wanted Man in the World of Art 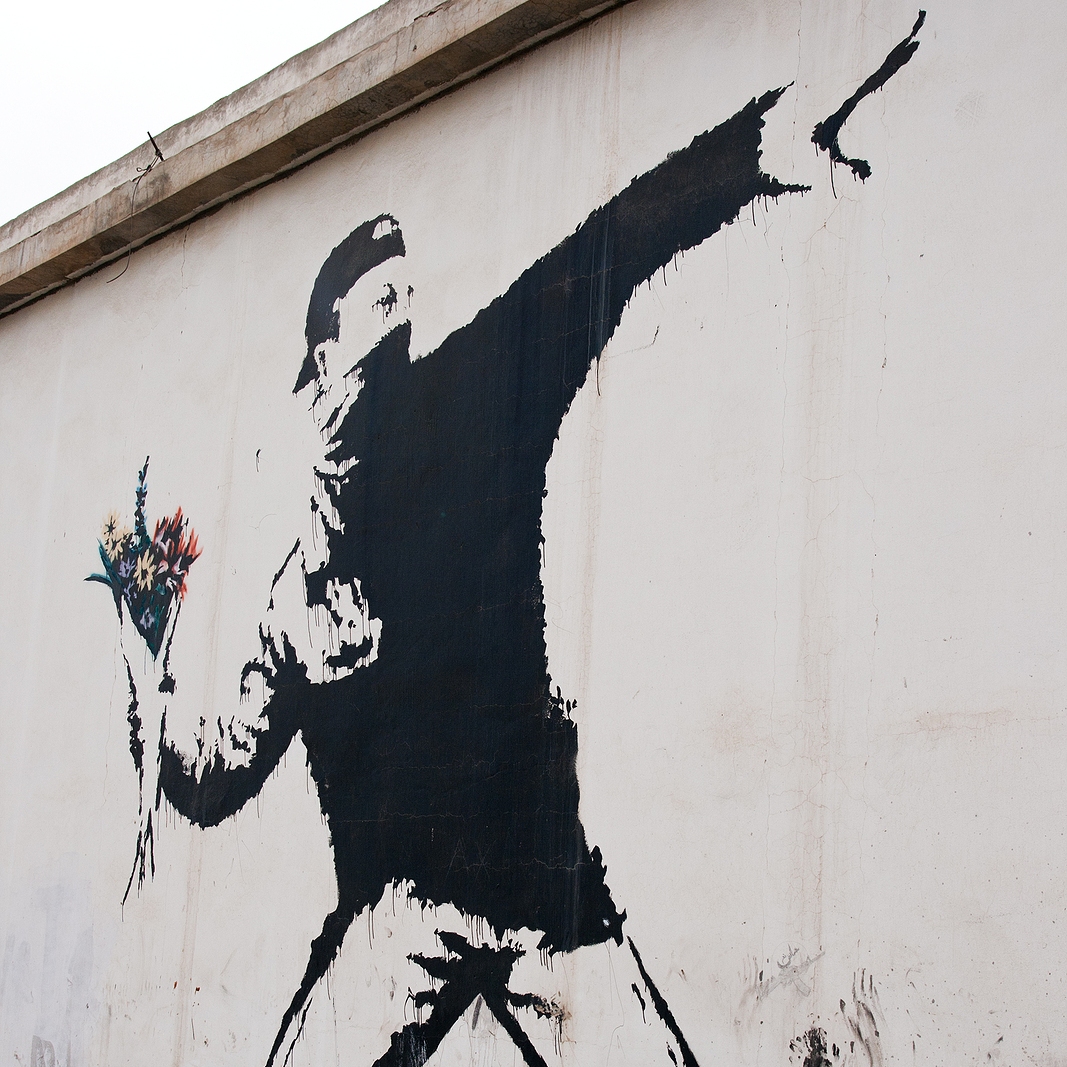 He is called “the most wanted man in the world of art,” an art terrorist, or simply Banksy. Almost everyone who is a little bit passionate about graffiti will tell you that Banksy is the most legendary street artist on the planet. Many people know his name and his work, but few know him as a person. The artist tries not to publish his real name and origin, so it is difficult to say who Banksy really is. However, as it turns out, it is not so important… The question is where to find Banksy art or what inspired Banksy to create such meaningful works?

According to available information, Banksy fell in love with graffiti at the age of 14. It is interesting that he is not good at traditional graffiti, so the artist uses special stencils. In fact, it was thanks to Banksy and Obey Giant that stencils eventually occupied a respectable niche in this kind of modern art. For today, Banksy’s works are well known and, by the way, very expensive, but the author does not seek to become a “commercial artist.” His stencils are a protest against war, capitalism, advertising, animal oppression, and other left-wing radical themes important for the youth of today.

Apart from streets that have become Banksy’s information battlefield, his works can be found in the most prestigious museums and galleries around the world, including the Museum of Modern Art in New York, the Metropolitan Museum of Art, the Brooklyn Museum, the Tate Modern, the British Museum, and the American Museum of Natural History. The artist just sneaks into a museum or gallery, dressed up like an old man or another inconspicuous person, and hangs his works next to the classical art. In his defense, Banksy states that his works are good enough to hang there, and he does not understand why he has to wait. Thus, it took the British Museum 8 days to realize that a rock painting under the name “Banksyus Maximus,” depicting a Stone Age hunter with a shopping trolley, was not a genuine artifact. Despite this, some Banksy’s artworks are sold for quite considerable money (for example, “Attack of the Badly Drawn Boy,” oil on board with stencil spray paint created and signed in 2000, was estimated at £20,000-30,000). However, it is still not clear whether this is done with the consent of the author or not.

Banksy’s ideas are clearly expressed in all his works, but the “Wailing Wall” that divides Israel and Palestine deserves special attention. His images depicting an armed Israeli soldier checking the documents of a donkey or a rat (artist’s favorite character) with a slingshot have a very deep meaning. As a result, it is enough to look at Banksy’s works to understand who this artist is and what he is doing for the world. His ideas and slogans are a protest against the global disease of humanity, and all his works speak about the desire to fix the world for the better. Want to see them in person? Start from the streets and museums in your city! Now you know where to find Banksy’s art!