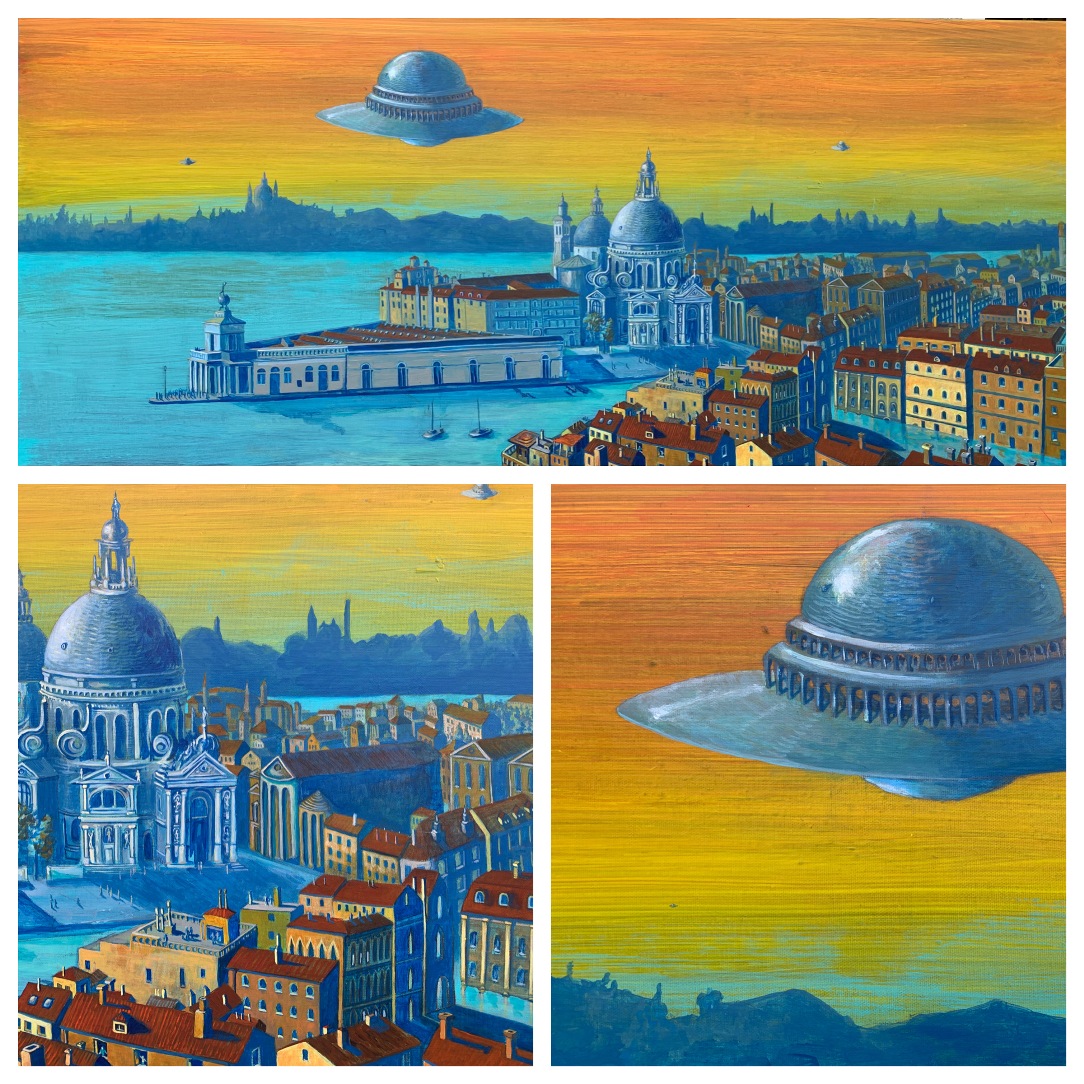 The talented artist and illustrator Artem Mirolevich has recently presented his new outstanding series of paintings at the solo art exhibition titled “Mothership.” All works were created by the artist during his ongoing participation in American Landmark Artist in Residence grant program in South Florida. The exhibition is on view at the beautiful Denis Leon Gallery in Boca Raton through February 24, 2021.

“Mothership” is a new brainchild of the talented NYC-based artist Artem Mirolevich. The art exhibition features a series of Mirolevich’s latest paintings distinguished by the strikingly beautiful colors, bold compositions, and an emotionally charged body of work. Among the highlights of the show is the amazing painting “The Return of Venetian Fleet.” It depicts a UFO with architectural features resembling the dome of the Basilica of Santa Maria della Salute, which is hanging over Venice.

The exhibition itself is named after Artem Mirolevich’s large-scale oil on board work titled “Mothership.” This beautiful painting depicts a mystical meta-civilization with a floating Metropolis evoking the memories of the legendary ghost ship Flying Dutchman and the Bible story of Noah’s Ark. 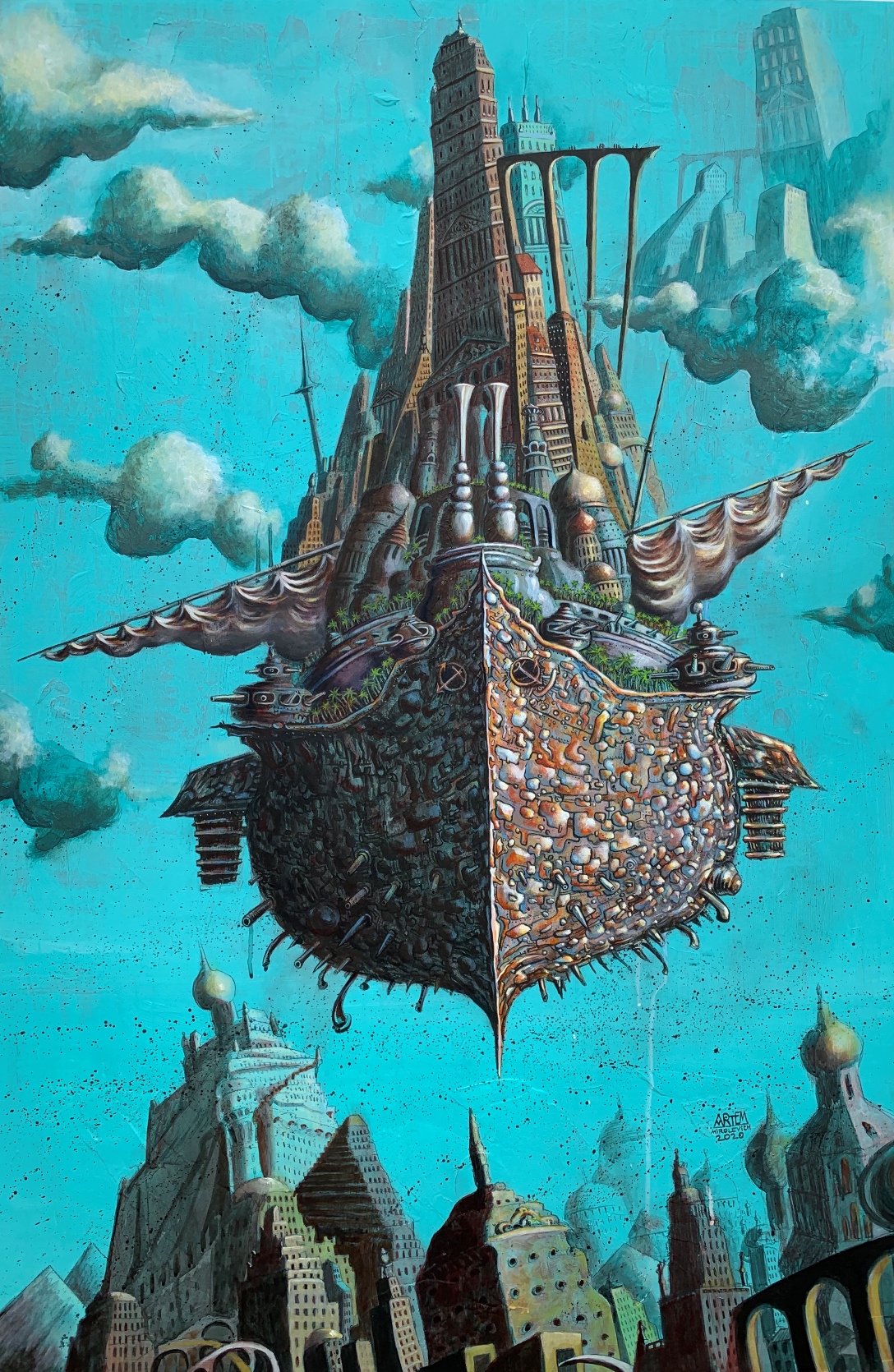 Another notable painting at Artem Mirolevich’s “Mothership” exhibition is “Third Eye Elephant.” The main character of this impressive work is a three-eyed elephant carrying the world on its back. This giant creature is clearly visible among the UFO-shaped buildings of another, otherworldly place. 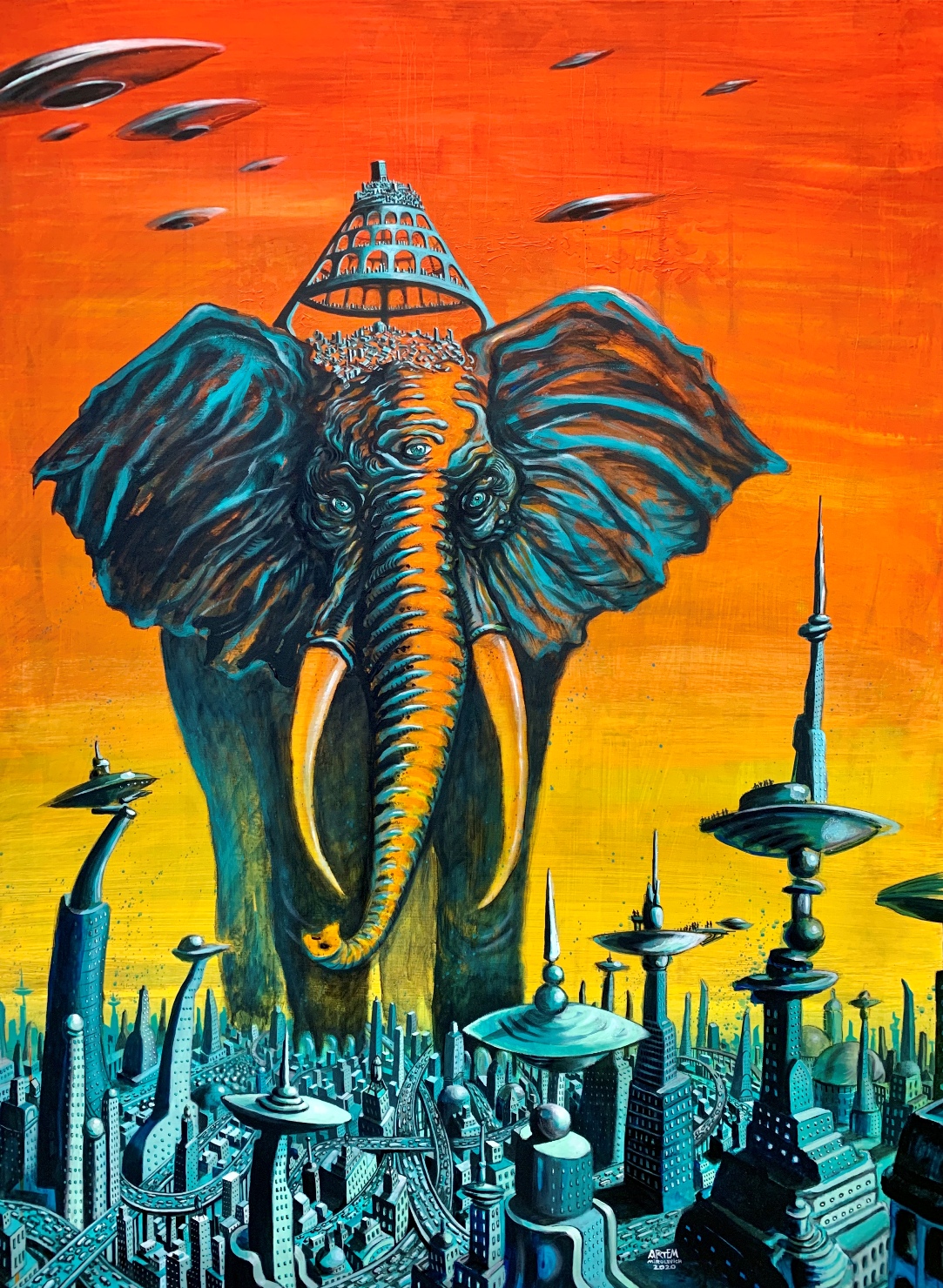 The art exhibition also features a range of other new works by Artem Mirolevich, including his art collages, etchings, and drawings. The entire series represents a somewhat portal to another civilization born from the artist’s imagination and passion for creativity. According to Artem Mirolevich himself, his work is a “multi-layered cake,” and we highly recommend that you ‘taste’ it at your first opportunity. 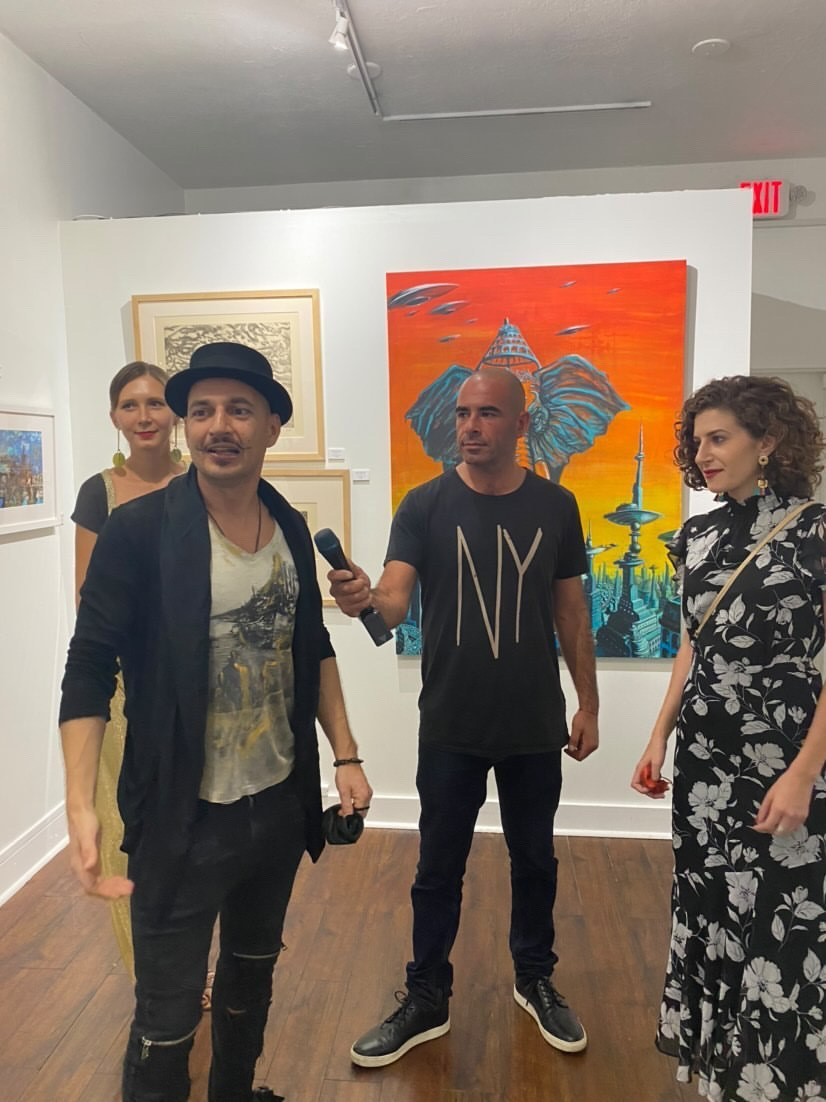 As mentioned above, “Mothership” by Artem Mirolevich runs at Denis Leon Gallery in Boca Raton through February 24, 2021.